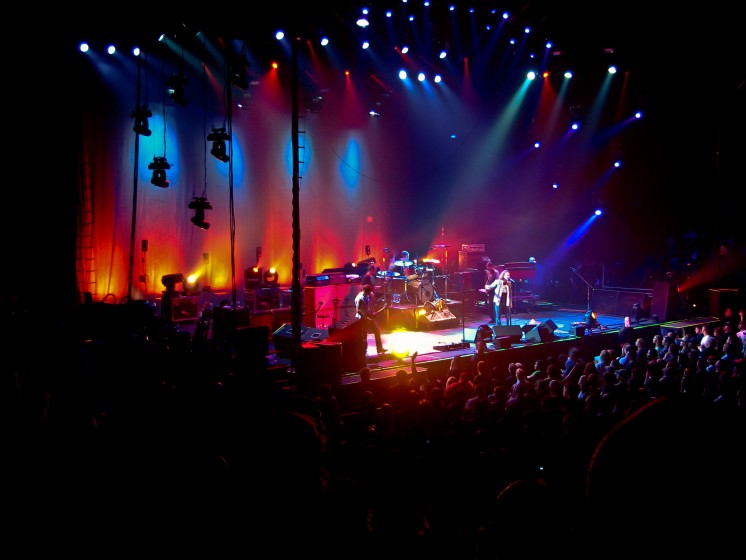 As today marks the 10 years since my wife and I tied the knot on a beach in Cuba, I thought it would well worth paying tribute to my wife in this week’s edition of the Midweek Mixdown. We have been catching shows both near and far for well over 10 years, but I thought I would include some of the shows that we’ve been fortunate enough to attend together. It’s been an amazingly short decade, and here’s to many more….

Let’s get into it, shall we?

A cut from Sam’s EP which was released prior to his debut smash “We Were Born in a Flame”, this was one of the first shows my wife Jennifer and I caught together. I remember standing on the second floor of the “New” Palace watching the band rip through a relatively brief set, and we have had many opportunities to see Sam Roberts as both Sam Roberts and as The Sam Roberts Band. In a fitting twist, I will be covering his show here in Halifax this Friday night.

Post-Guthries, and pre-El Torpedo, a young, scrappy Matt Mays was playing these folk-soaked rock tunes, and it was not unusual to see Mays opening the show when Sam Roberts came to town. Much like Sam Roberts, my wife and I have been longtime fans of the Dartmouth native, which would ultimately lead me to Adam Baldwin, who has taken up the mantle of Sam Roberts’ opening act. We have been to many a Matt Mays show, but he was one of our first concerts as a couple.

The Killers // “When You Were Young”

My wife and I were headed to Ottawa to see friends who had moved away, but we flew through Montreal to spend a couple of days there beforehand. As luck would have it, the Killers were playing the Bell Centre while we were there and, as Jen’s a big fan of the Vegas band, we were able to see them on the Sam’s Town tour, and more recently as part of Big Red Music Festival in Charlottetown.

One of those acts we had to leap at the opportunity to see was The Black Crowes, as they played the inaugural Fredrock festival back in 2009 (in Fredericton, NB). As we have family in town, we headed to visit and catch the Crowes in a soaked rugby field, but the Robinson Brothers and Company sounded exceptional, and put on a killer show. The band remains one of my favourites to listen to.

Again, an act that you just don’t pass on. Pearl Jam came to town, and we were there with the rest of the packed house that wanted to see the long-rumoured show. Eddie, Stone and the guys did not disappoint and put on one hell of a show, one that is considered to be the best that the Metro Centre has hosted.

And as I could go on and on, as we have been lucky enough to see McCartney, Neil Young, The Rolling Stones, The Hip and Bruce Springsteen together, as well as a myriad of other shows. But I’m going to wrap up this edition of the Midweek Mixdown with an incomparable artist that commanded a ridiculous ticket price, but Jen and I both agreed that we couldn’t not pay it. That artist has gone by many names (and a symbol at one point), but when Prince came to town, we again snapped up tickets, and were wowed by the magic and stage presence that the Purple One possessed. It was one of those once in a lifetime shows. So I’ll close out with the very fitting song…

Prince // “Nothing Compares To You”