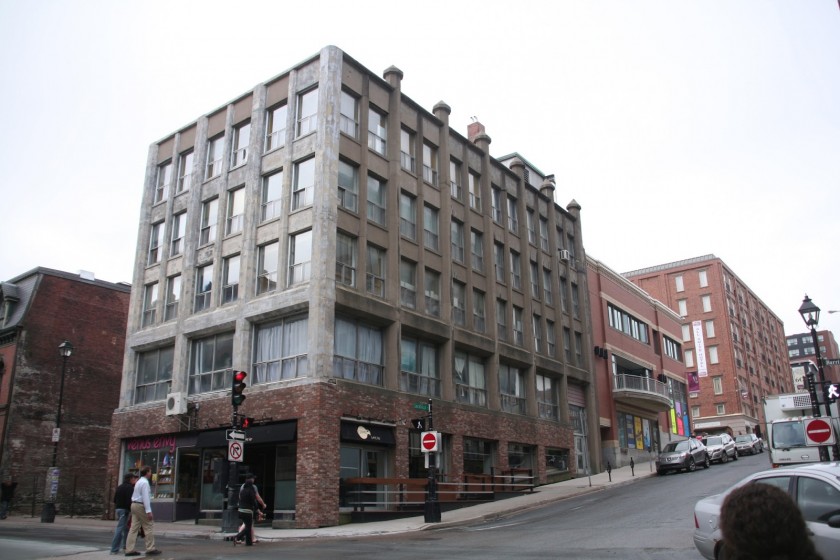 The Tramway Building was built in 1916, after a fire destroyed the previous building on the site. It is named Tramway, after its tenant, the Halifax Electric Tramway Company, Which operated Halifax’s streetcars until they were converted to trolly coaches in 1949. The 2 Storefronts are original to the building, Housing Tip Top tailors 1921-41 until they moved next door, and then Chas brown Furriers from 1942- 1983.

Designed by Andrew Cobb, in a Modern Neo-Gothic Style. It was one of the first all concrete buildings in Halifax (The first being the 1903 A.M. Bell Building on Granville St.) Cobb studied at Acadia , MIT and the Ecole des Beaux Arts, and Setup Shop in Halifax in 1909. He also worked as a partner with S.P Dumerasq. Cobb had his office in Tramway from 1938 until his death in 1943.

The building features a clear hierarchy of forms, separated by wide concrete banding, which separates the Retail street level from the second floor, and again form the second floor to the roof line. Octagonal turrets line the top of the building, though the Barrington street ones have been removed due to their poor condition.