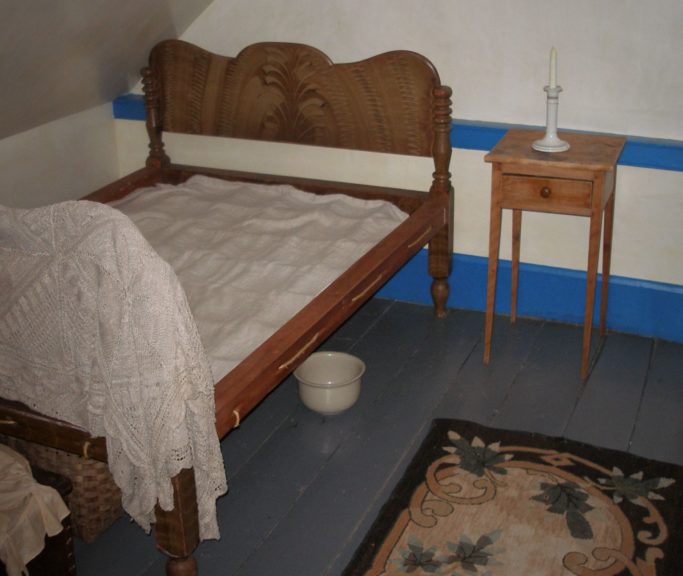 What a lot of talk about toilet tissue. By now maybe you are in the mood for some photos of vintage toilet facilities, to go along with all that paper work.

“I am just going outside and may be some time.”

The outhouse comes to mind when we think of the days before indoor plumbing. Below is an original in Sherbrooke Village, photographed in the early 1970s. And there is just something about small buildings. 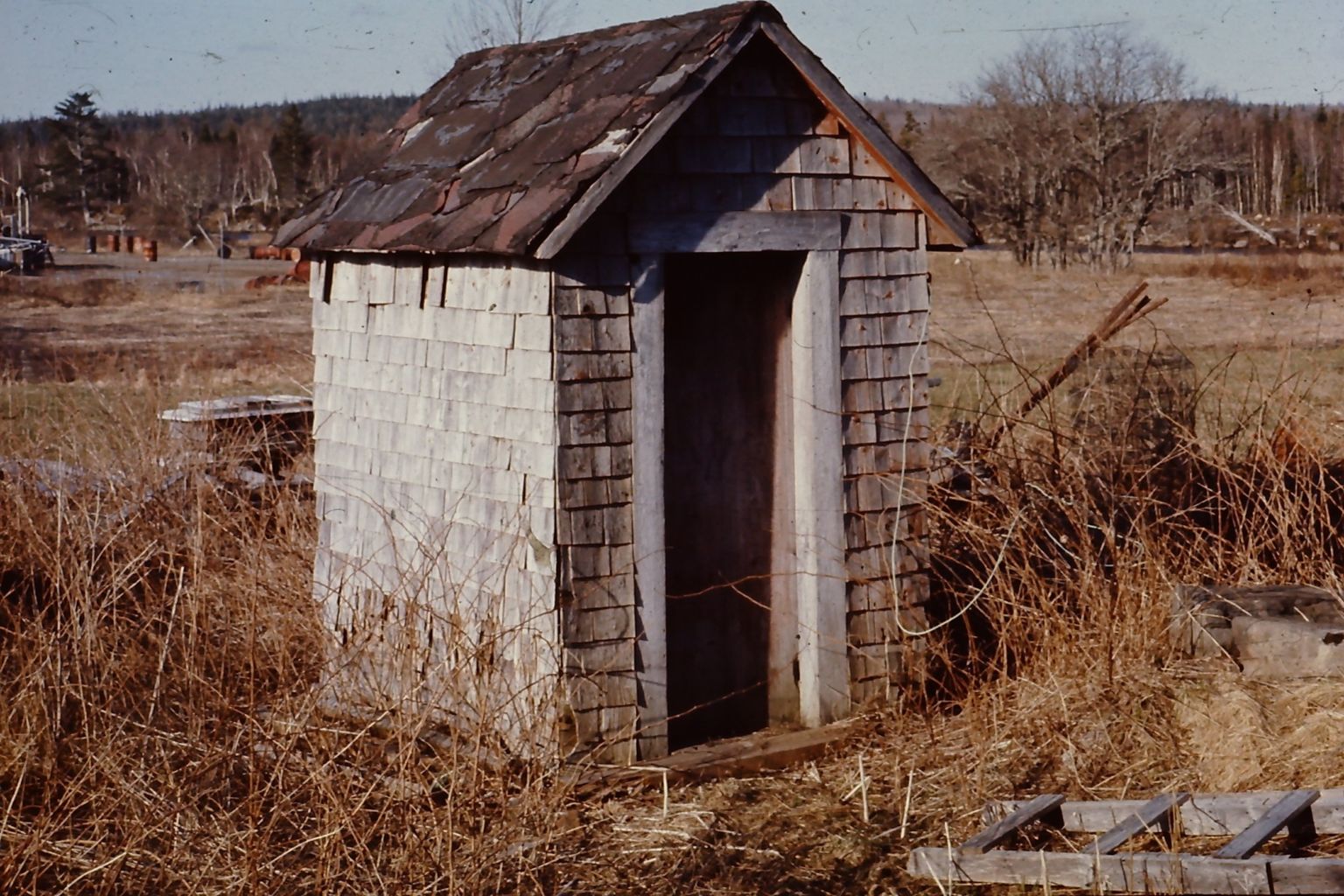 Outhouses have issues; a major one is making that trip in bad weather. I’ve seen a couple of swell interventions to address this problem. At Lawrence House Museum, in Maitland, the outhouse is connected to the big house by an enclosed passageway. 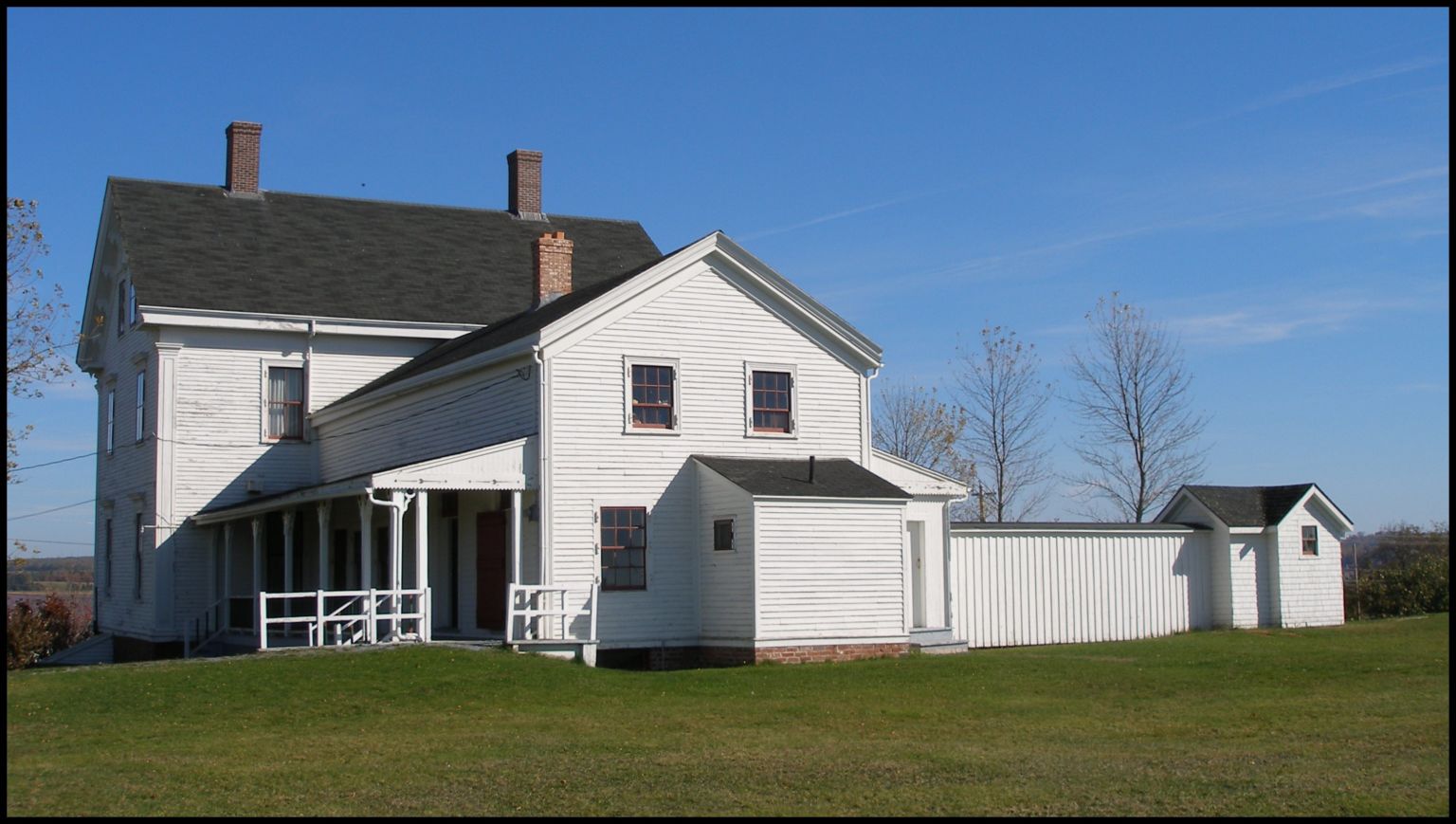 Protected from freezing winds whipping off Cobequid Bay, the 1870s Lawrence family could stroll under cover to their choice of two throne rooms. 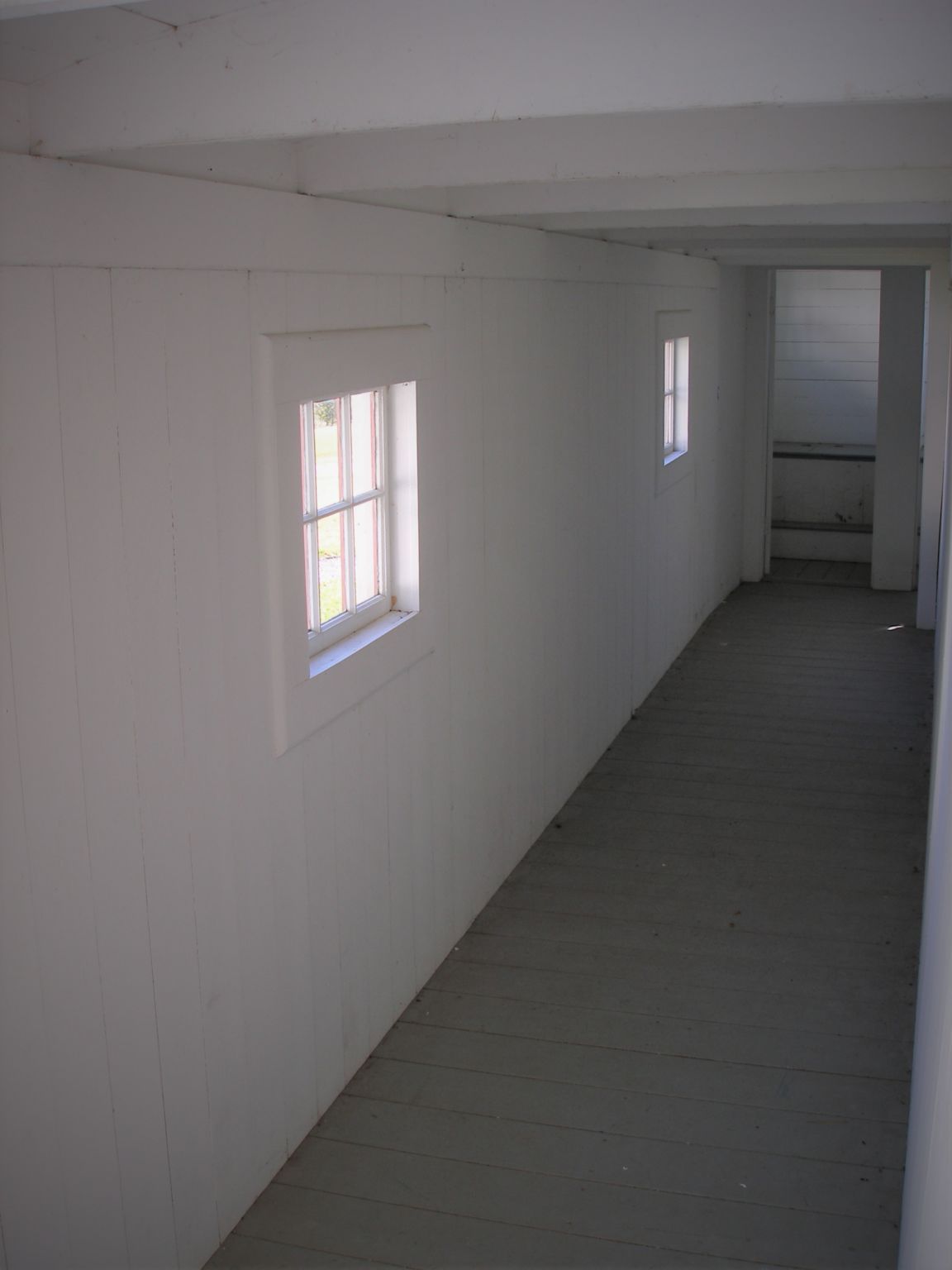 And each was a double-holer! 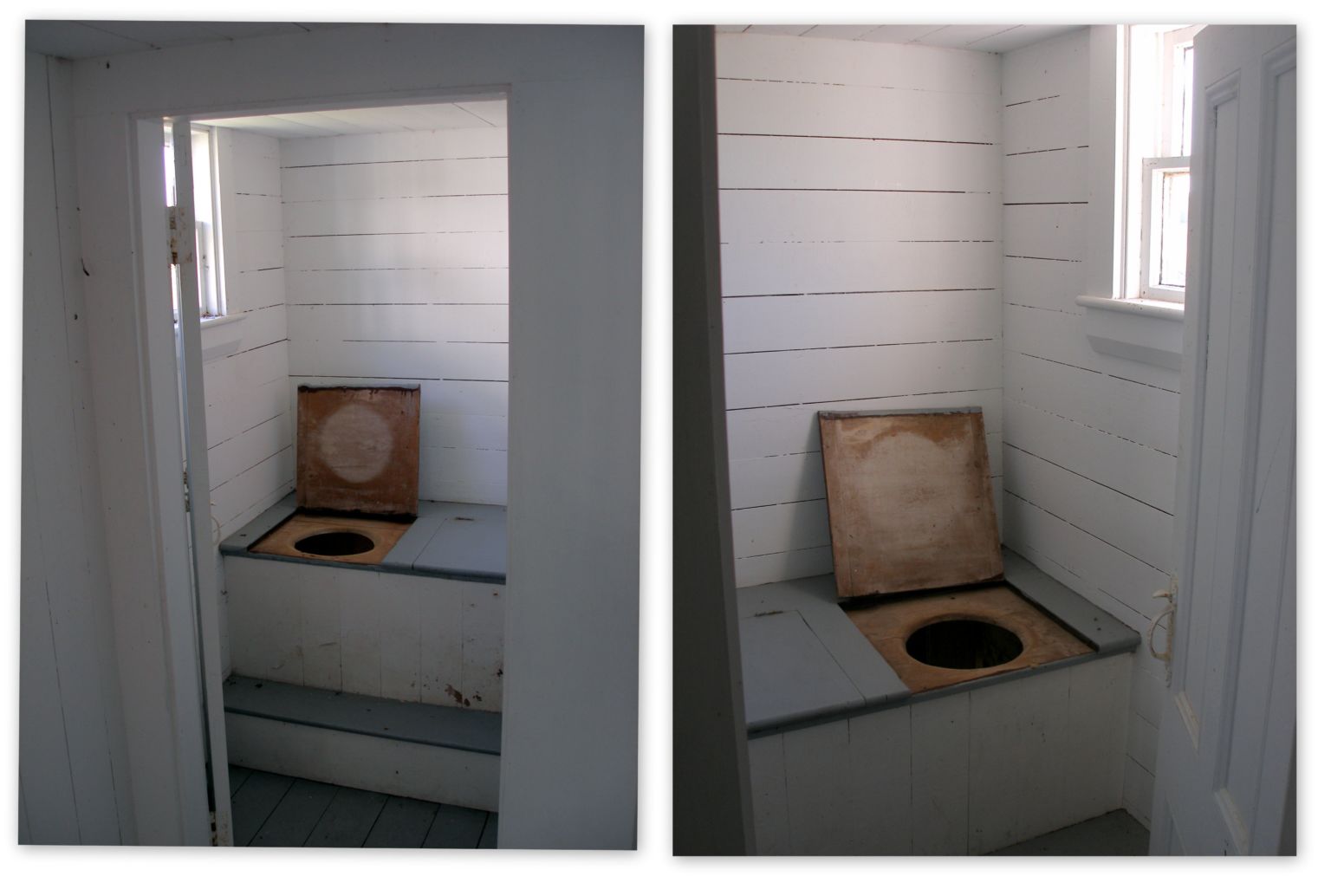 In Sackville, New Brunswick, we saw this exceptional specimen, a two-story outhouse connected to the house by a short bridge. The mind boggles. 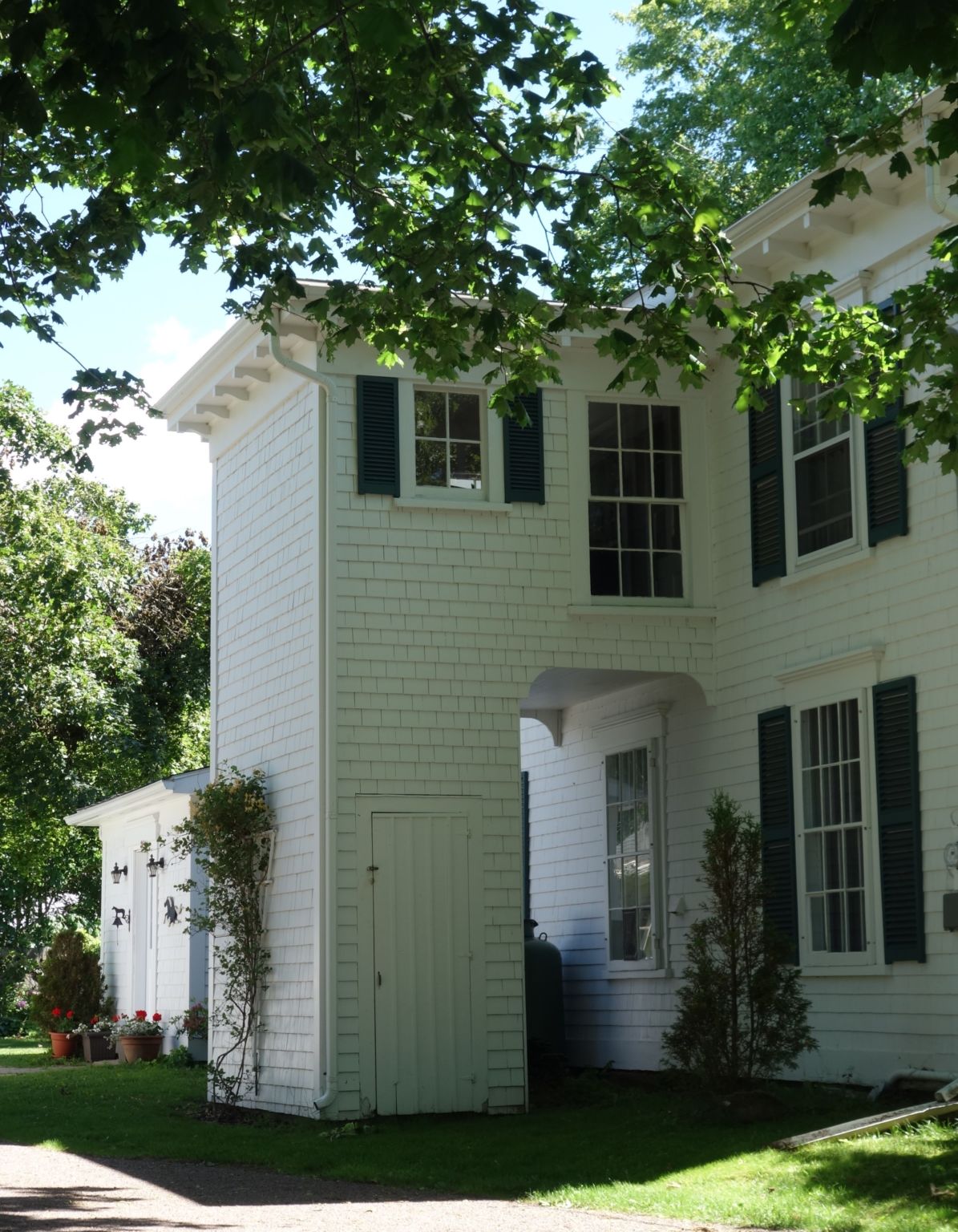 In days of yore, you could avoid going outdoors at night by using the chamber pot, conveniently tucked under the bed. A washstand held a jug of water and a basin for your wash up. This ensuite is in Rosebank Cottage, at Ross Farm Museum. Remember that assorted family members were probably sleeping in the same room. 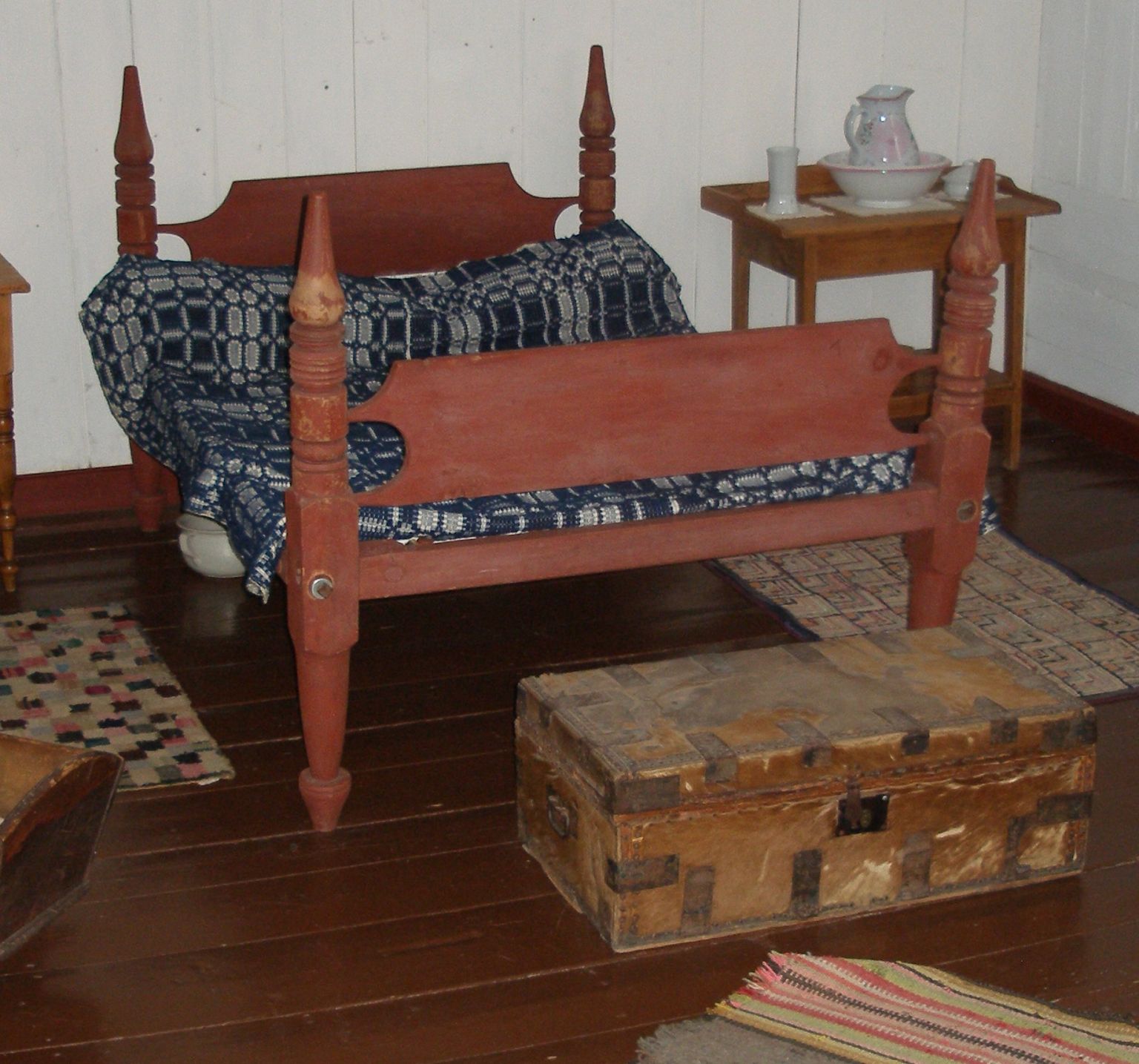 In a superior home, like Uniacke House, you might find a commode: a chamber pot built into a piece of fine furniture. 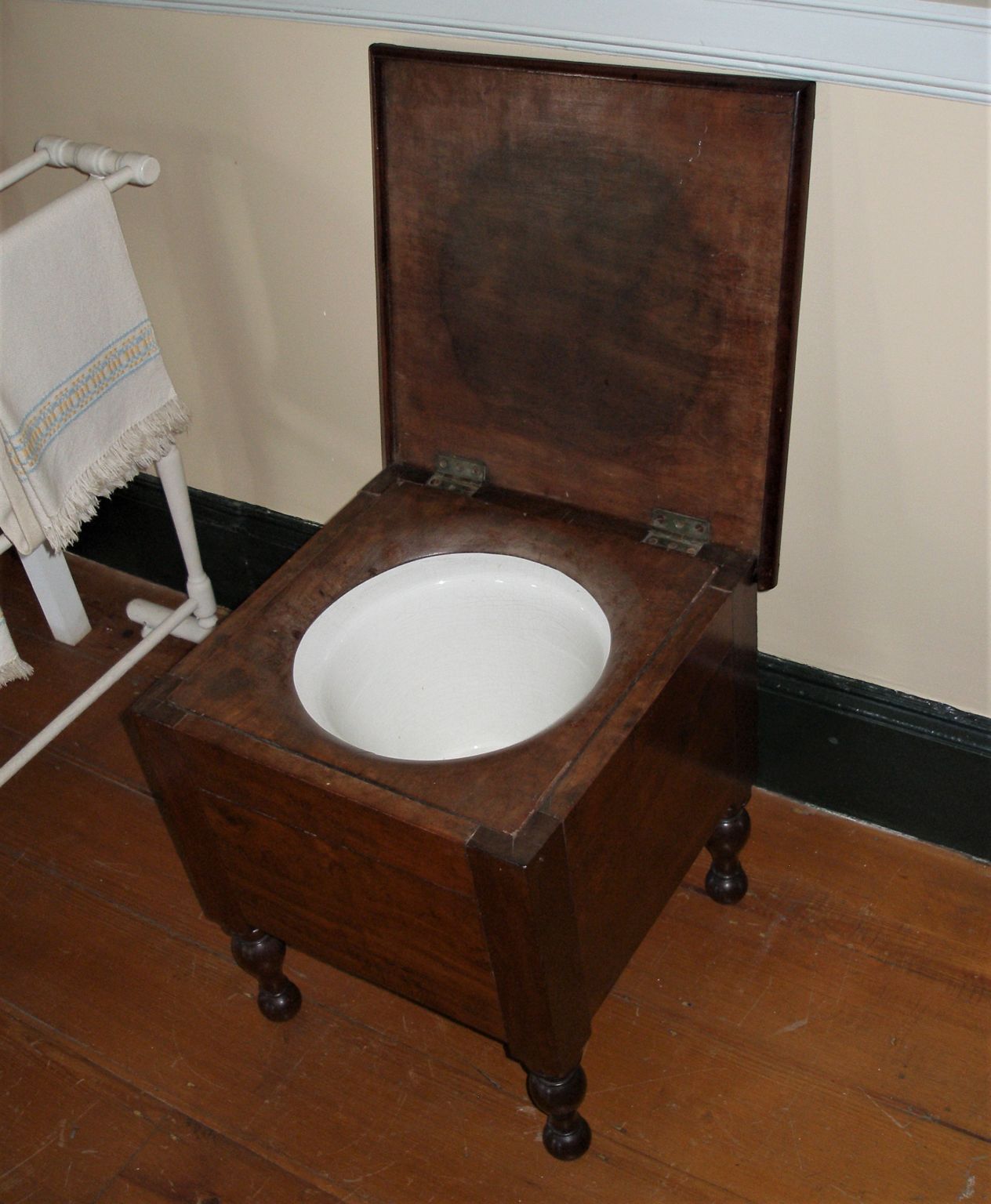 In the morning, chamber pots needed to be emptied by someone. A maid got this task in the best houses. There is a colourful description from the 1820s of some Nova Scotian houses with stained shingles, from chamber pots being repeatedly emptied out of bedroom windows. Classy.

The 1890 Shand House Museum, in Windsor, would have been in the first wave of houses with indoor plumbing, and bathrooms that we would recognize. 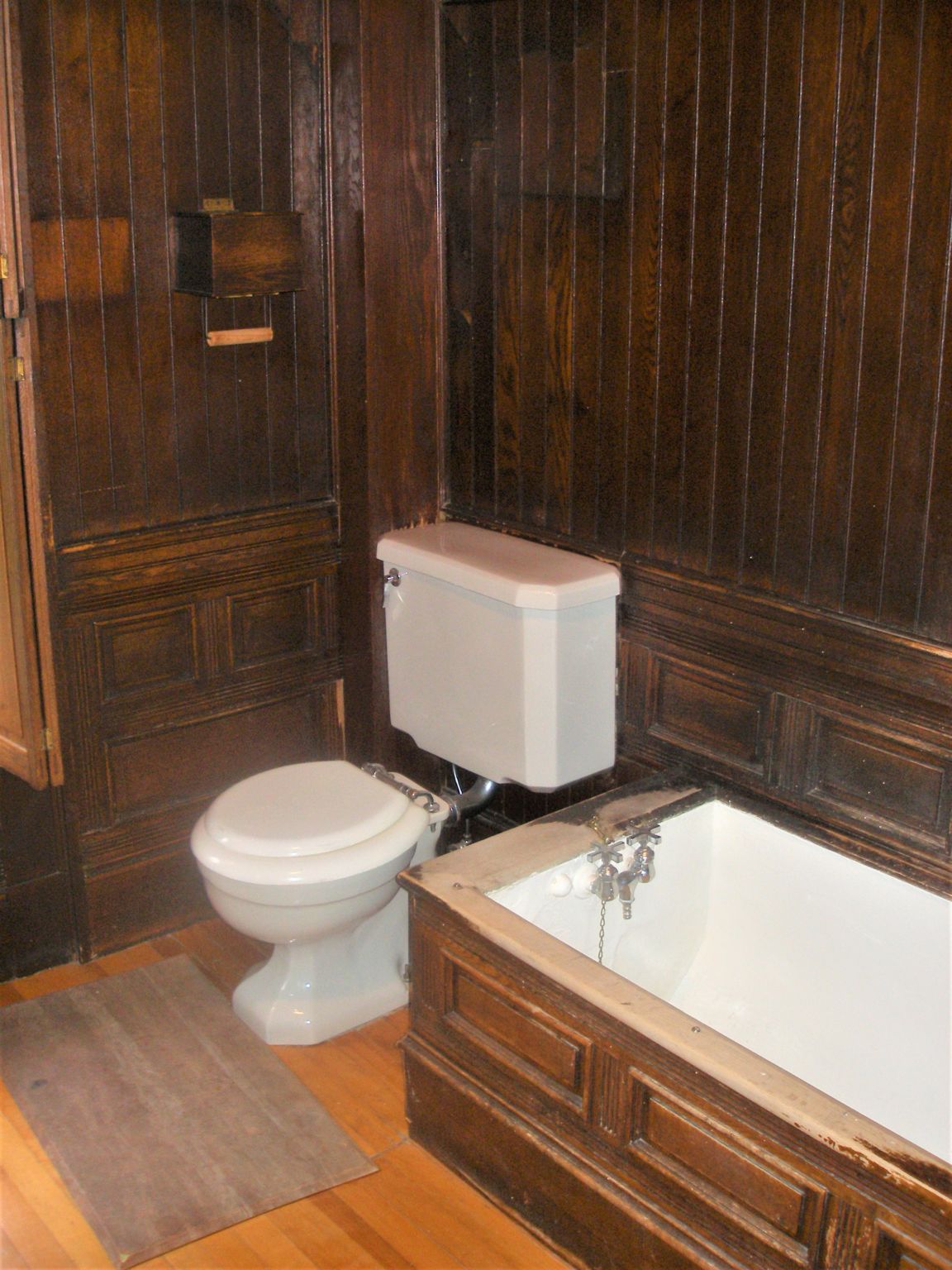 The Pelton Fuller House in Yarmouth has preserved a perfect mid-century bathroom (is that pink or coral?). 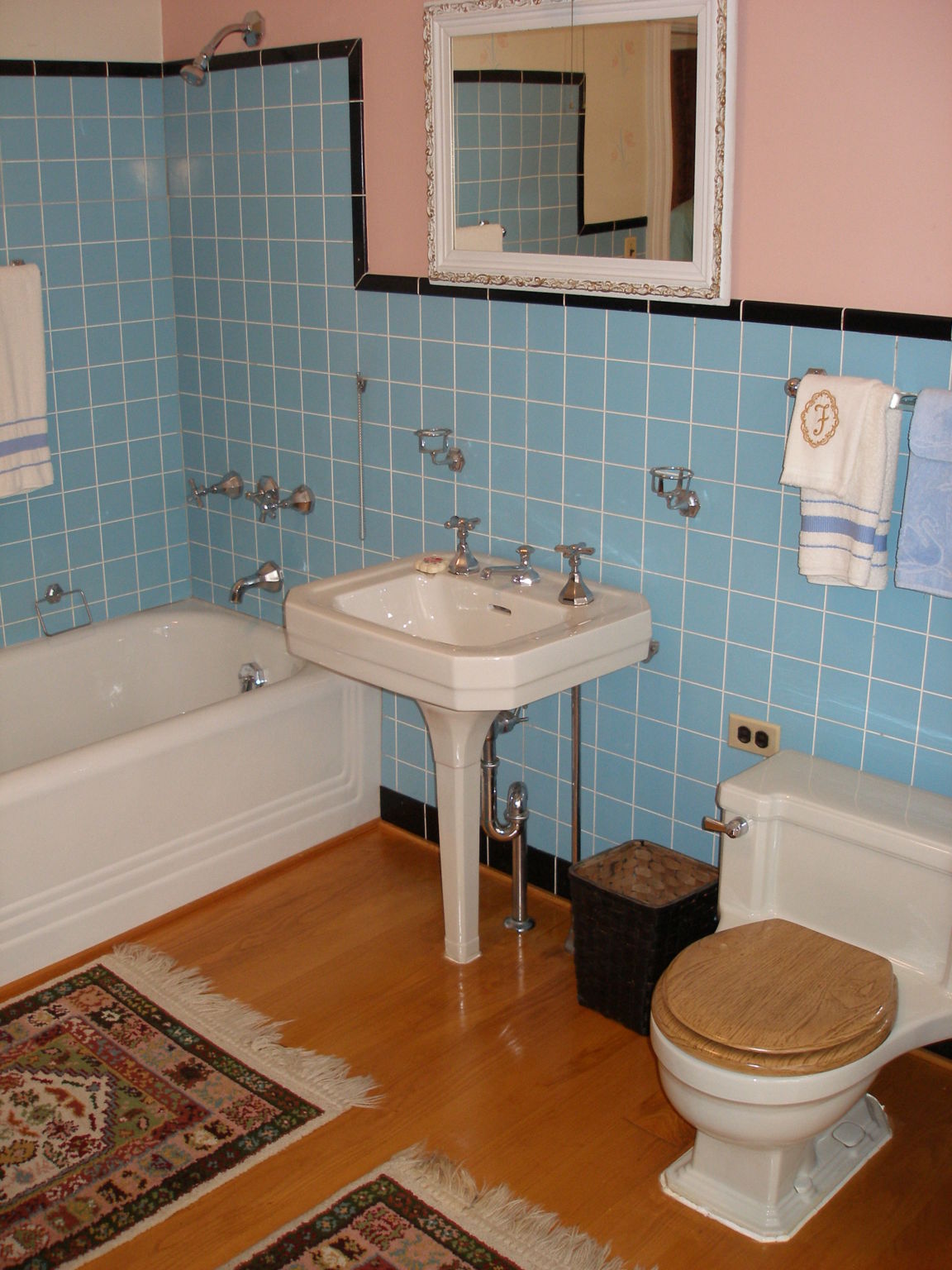 In the last few years there is finally some archaeology being done in downtown Halifax, as construction sites are prepped for new buildings. Often archaeologists are lucky enough to uncover a privy, or maybe even two. These urban outhouses are treasure troves, because humans have an enduring inclination to put stuff down the toilet.

A quick look online revealed that privies have been excavated on the sites of the Central Library, and the Trillium, Vic and Alexander towers, plus an extension to Winchester’s bridal shop. These contained artifacts that dated from about 1800 to  the early twentieth century. The privies yielded every sort of ceramic vessel (plates, gravy boats, platters), glass tumblers and stemware, inkwells, and not surprisingly a few chamber pots. One privy contained 35 wine bottles.

I had my own experience excavating privies when I was a boy archaeologist. Here is a photo of me in Louisbourg in 1969. I’m in a stone-lined privy, uncovering a rich deposit of 18th century ceramics. The soil is described as “dark and earthy.” 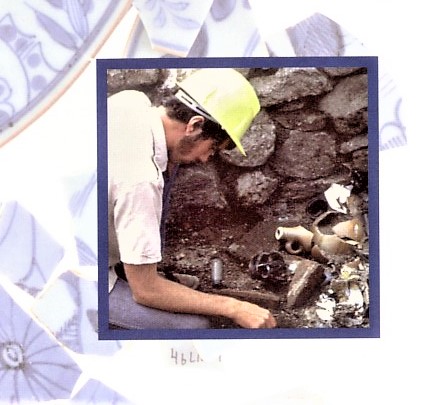 Much of the stuff that got thrown into privies may have come at the end of their life, when they became convenient locations to dump garbage. But it also feels like people were sometimes trying to conceal accidents. I remember in a Louisbourg privy finding two attractive saucers, nested together with clean breaks. Two hundred years later I could still sense the horror and fear of the person who had broken these dishes, and then slinked out to the end of the garden, to drop their accident down the privy. 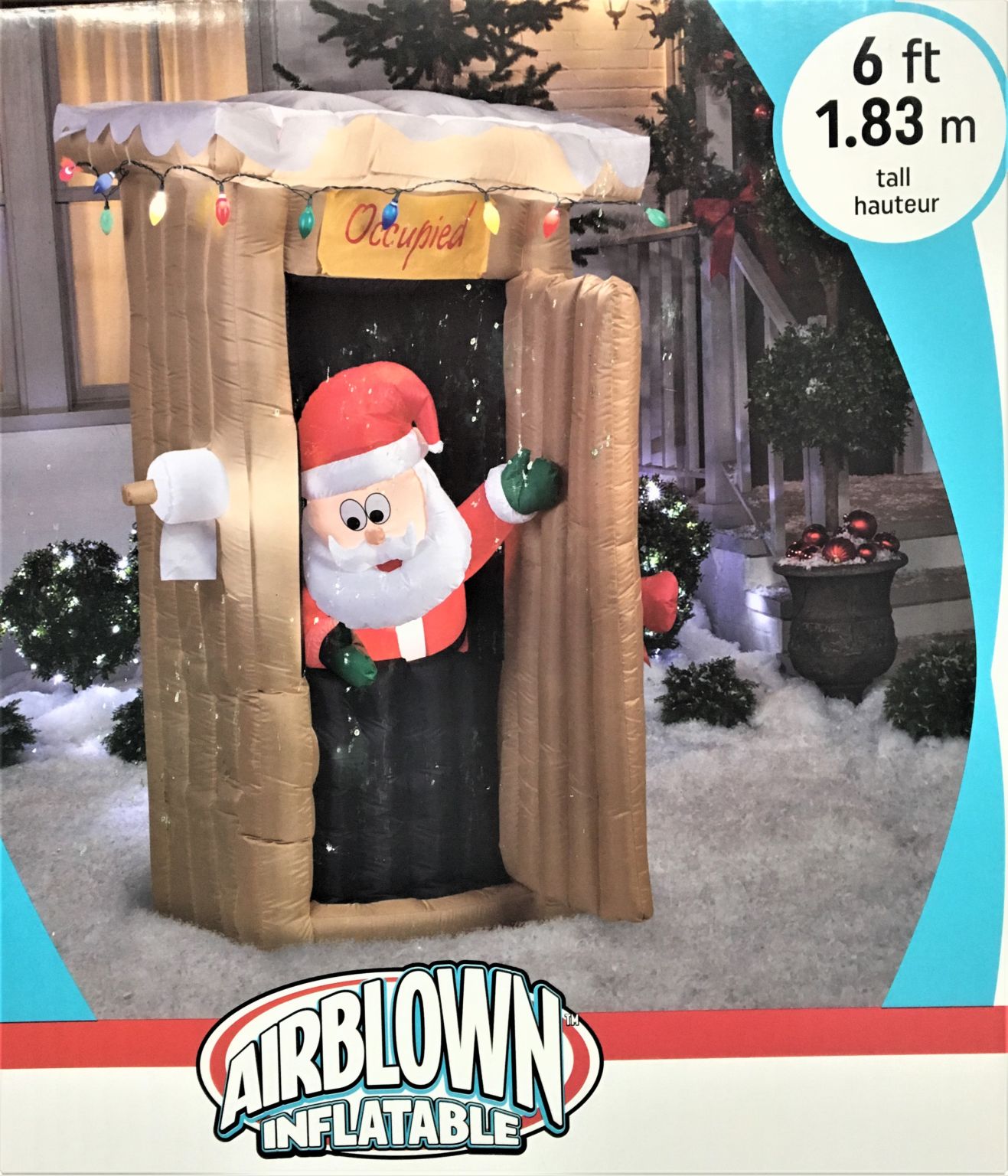 It had already been marked down three times, so my faith in humanity was slightly reassured. 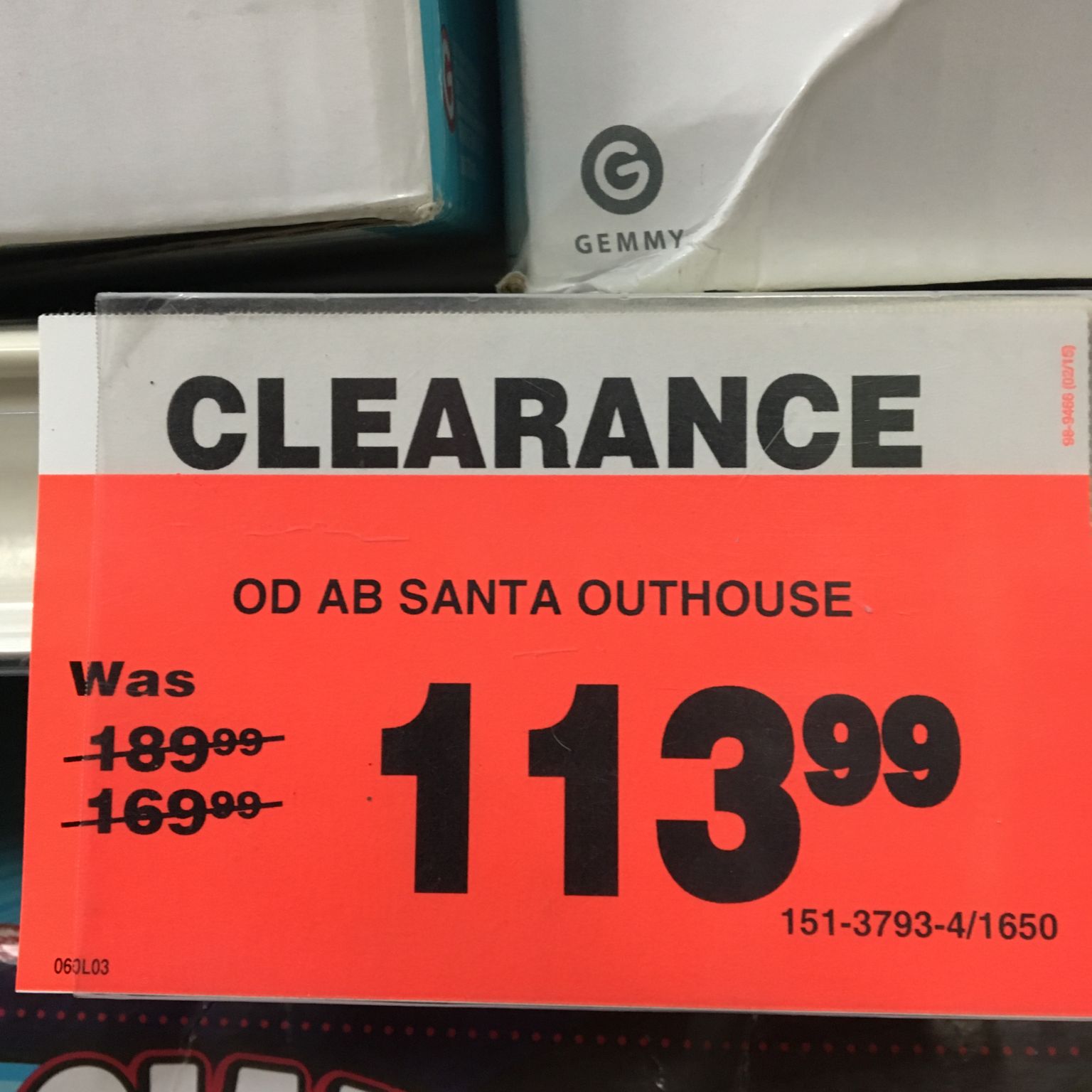 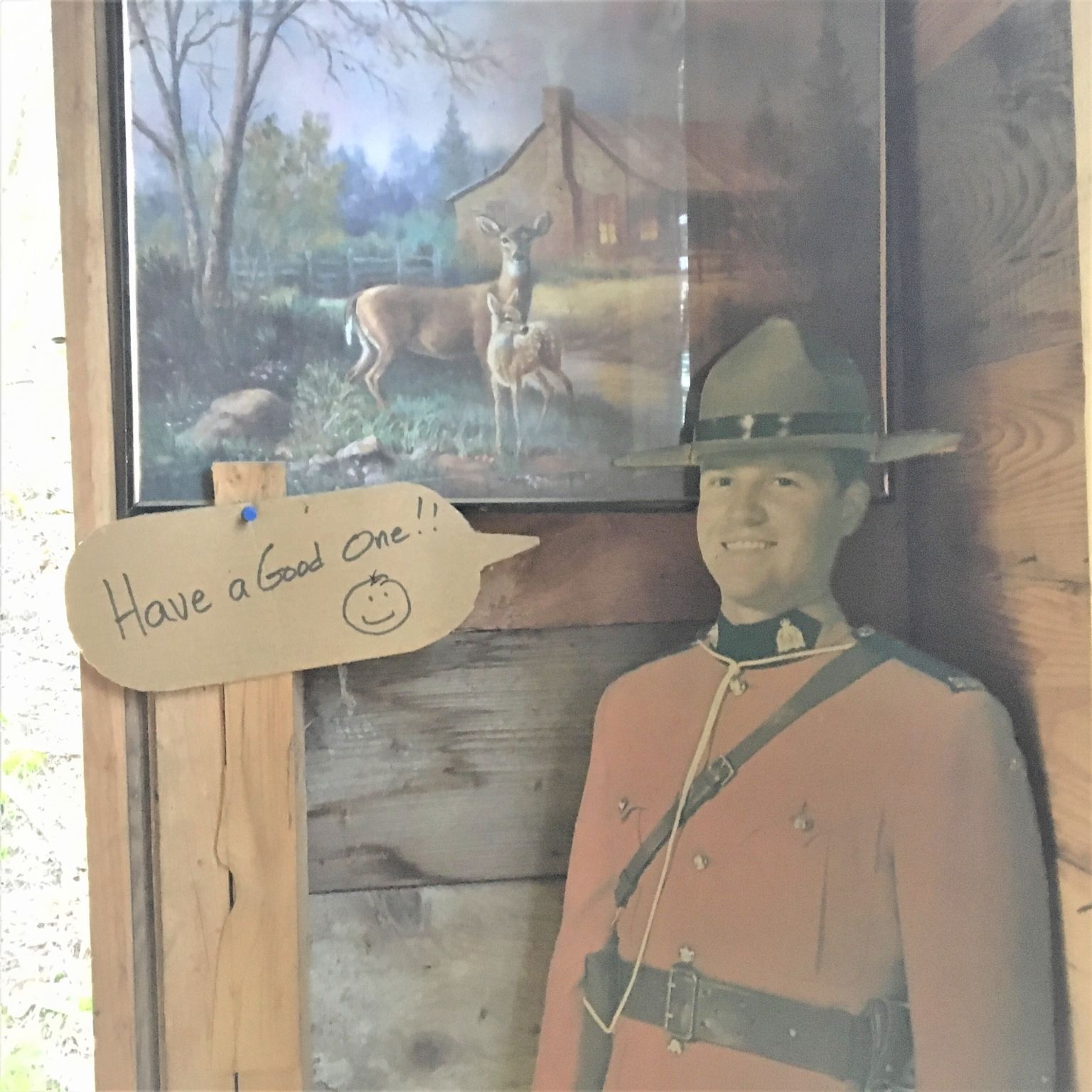 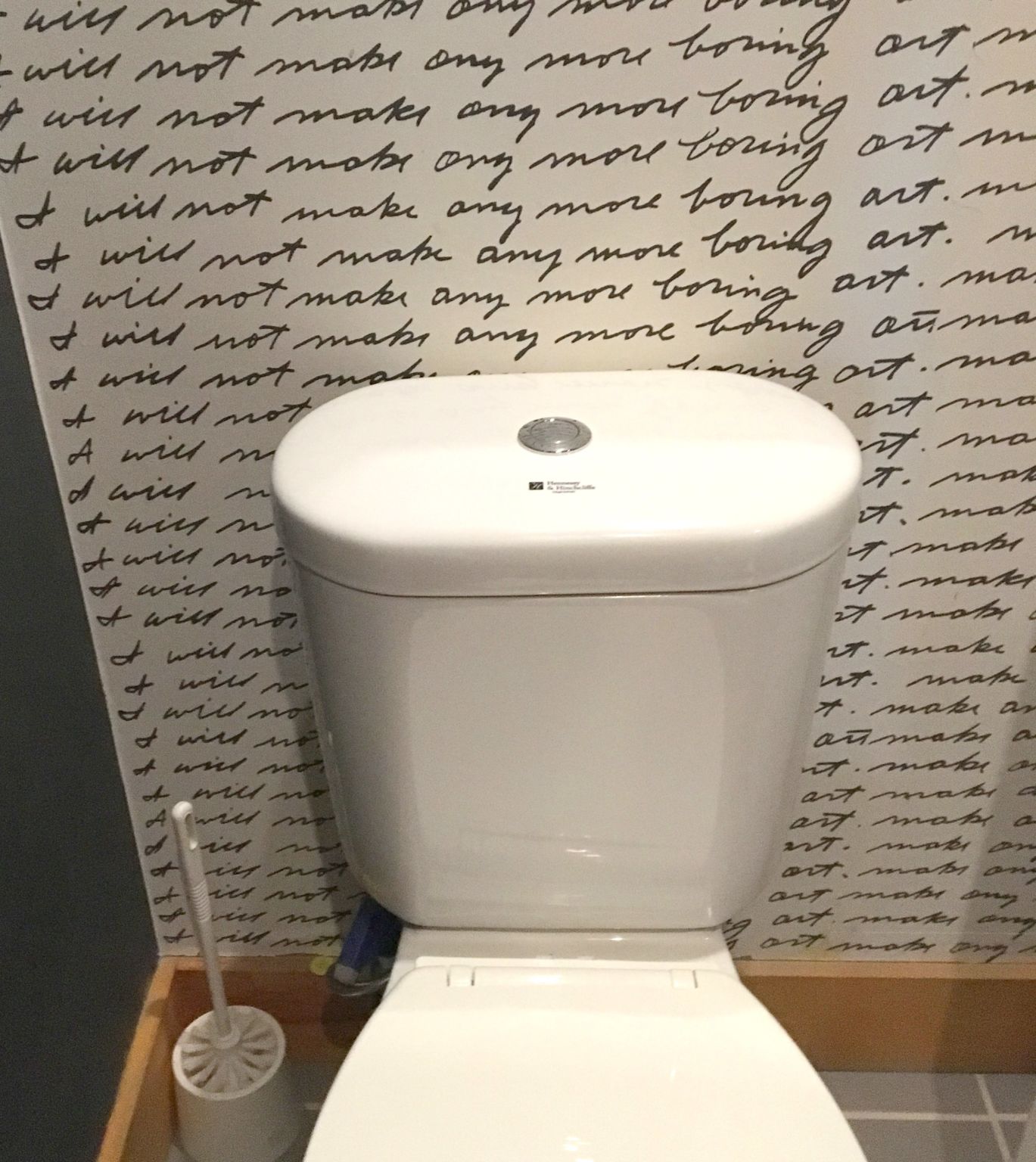