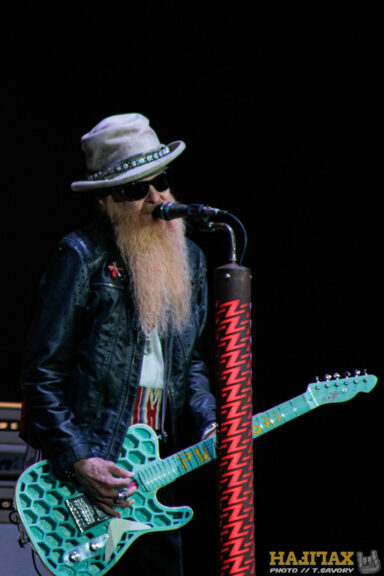 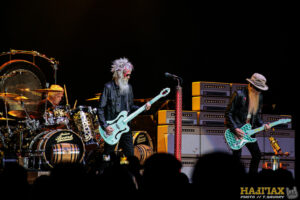 As the Scotiabank Centre works through its pandemic-induced backlog, audiences have been treated to a parade of legendary acts from Judas Priest, James Taylor, Jackson Browne, and Sting, many of whom had Halifax dates scrapped back in 2020. That stream of legends continued earlier this week when ZZ Top and Cheap Trick shared the stage at the Scotiabank Centre. This is a room that played host to ZZ Top back in September of 1991 when the band made their only previous Halifax stop, and Cheap Trick last played the Halifax Metro Centre (Scotiabank Centre) in 1989.

With acts such as these who have been fortunate to have careers that span multiple decades, you merely need to look around the room to see the reach these bands have had. This audience spanned generations, with either older couples coming out to relive their youth, or dads and moms looking to share the music with their sons and daughters. This familiar theme even stretched to Cheap Trick’s lineup, as frontman Robin Zander’s son (Robin Taylor Zander) provided backing vocals for his dad, and played both bass and guitar throughout the show. There is also the connection between the founding member and lead guitarist Rick Nielsen and his son Daxx Nielsen, who just so happens to be the current Cheap Trick drummer. 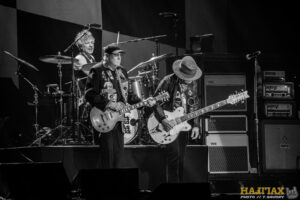 When the lights went down and longtime bassist Tom Petersson took to the stage with the Zanders and Nielsens, a small but loyal legion of fans flocked to the stage to watch from the rail. Three or four songs into their set, Rick Nielsen thanked Mike Smith for the Nova Scotia flu, as he was a little worse for wear on this evening, but it didn’t hinder him from breaking out the first multi-necked guitar of the evening. While he may have been suffering a bit, Nielsen did let us know the band was happy to be there, well mostly.

For a band like Cheap Trick, that has performed live more than a few thousand times, they never seemed as ubiquitous as some of their peers, or even tourmates ZZ Top.  Yes, the casual fan may likely be able to easily recognize tracks such as “Surrender” or “I Want You to Want Me”, but beyond that, the drop-off is pretty swift. It was a line uttered by Robin Zander that made me chuckle after he played what is arguably the band’s biggest hit in “The Flame” (a mid-late ’80s power ballad), as he drolly said, “We should probably do something you all know”. 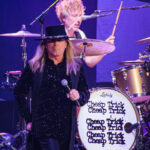 When the band eventually broke into “I Want You to Want Me”, a handful of folks leapt to their feet to dance and sing along. The legion of fans at the right of the stage had also grown considerably to this point. As the set wound down, the band regaled the crowd with a pair of their best-known songs in “Dream Police” (during which Rick Nielsen tossed out a handful of picks to those on the rail and in the front row) and “Surrender”. It was a fun way to kick off the evening, but it was clear from those in attendance that they were chomping at the bit for the Texan trio.

After a short intermission, and time to replenish the beer cups that somehow came to hold more air than liquid, the lights again dimmed and the air was filled with “Got Me Under Pressure”, one of the many well-known ZZ Top cuts that were included on the stacked setlist. The crowd was on their feet from that opening salvo up until “La Grange” was done ringing throughout the arena. This was clearly a ZZ Top crowd. 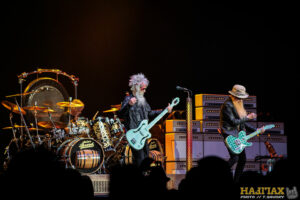 For a band that established its line-up early in 1970, ZZ Top’s Dusty Hill, Frank Beard and Billy Gibbons endured for over half a century, and the band only recently underwent a line-up change due to the passing of bassist Hill. There was some conjecture as to whether or not we’d see them tour again, but as the old adage goes, ‘The Show Must Go On’. Hill gave his blessing for the band to continue on with their guitar tech Elwood Francis stepping into the now vacant role. Francis’ pedigree also includes stints as a tech with Joe Perry, The Black Crowes, Aerosmith and Guns n’ Roses, but now he finds himself in the ZZ Top spotlight. 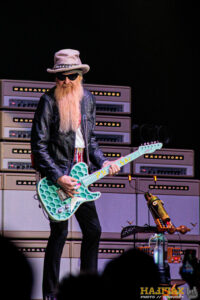 There are plenty of acts out there touring with elaborate stage set-ups, but ZZ Top is not one of those bands. They hit the stage with a rather modest set-up of two LED mic stands (adorned in a ZZ pattern), Frank Beard’s drum riser and kit, and an effective light array. While the elaborate sets are easy on the eyes, there is certainly something to be said for a stripped-down stage where the music stands at the forefront of the proceedings. At that forefront stood Billy Gibbons, delivering some of the greasiest blues guitar that you’re going to encounter, greasier than any donair you’ll find on a late-night visit to Pizza Corner.  Then the thunderous pairing of Frank Beard’s work on the drums, and Elwood’s juicy bass licks, rounded out the sound everyone knows and loves.

As the set wound down, there was a spectator scene unfolding on the floor where a local Haligoon seemingly had a bit too much to drink, as she was getting unruly with security on the player’s bench and refused to leave. She juked the first guard then headed towards the front of the stage and walked to the far side of the room building a security guard conga line along her travels, eventually passing by the penalty box before being steered out of the room. Back on stage, the band was treating the Halifax crowd to the prerequisite “Sharp Dressed Man”, which got any of the remaining holdouts on their feet. The main set closed out with the crowd-pleaser “Legs”, a track on which Billy and Elwood busted out a fuzzy guitar and fuzzy bass for this number. 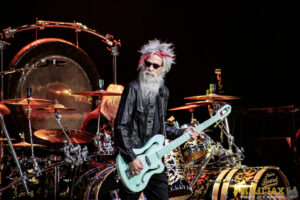 After walking off stage for a moment, the band returned to launch into their 3 song encore, but not before joking about “Not going anywhere, we just needed a drink of water”.  They kicked the encore off with “Brown Sugar” off of the first ZZ Top record, on which Billy Fucking Gibbons (BFG) took us to church with a call and response with the crowd, then proceeded to lay down a slow-burning blues solo which eventually boiled over with some sweet sticky licks from Billy Gibbons and Frank Beard’s thumping percussive backdrop. The encore also included “Tube Snake Boogie” and the well-known “ La Grange”.

On this night, it was another case where I walked in knowing some of the better-known ZZ Top hits but walked out being a newly minted fan. Those in attendance definitely had smiles plastered across their face throughout the performance, and a handful of folks had their face simply melted clean off, thanks in large part to the slick guitar work of Billy Gibbons. If you were unlucky enough to miss this ZZ Top show, you owe it to yourself to check the band out the next time an opportunity presents itself. 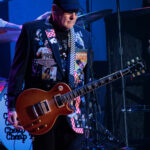 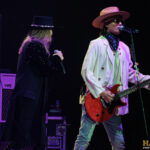 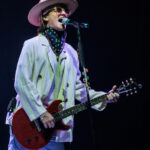 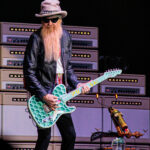 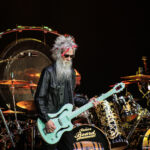 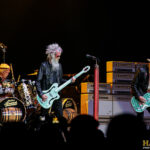 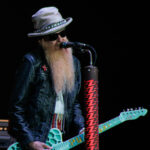 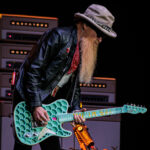 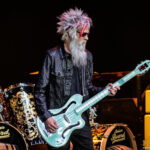 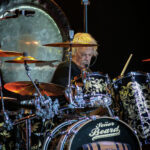 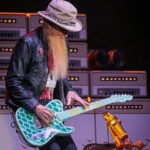 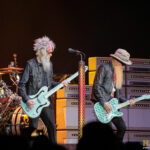 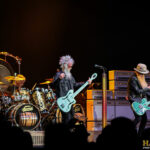 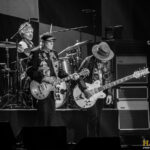 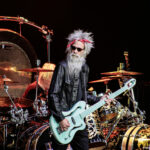 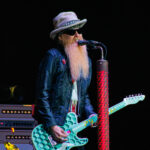 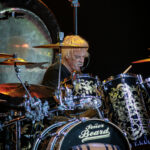 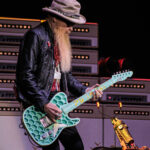