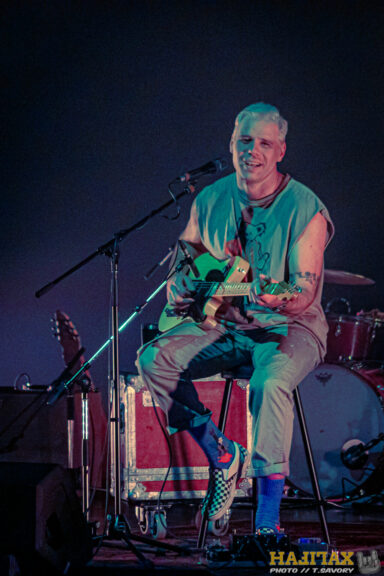 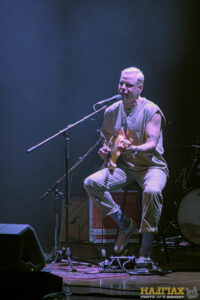 Back in late 2021, when the announcement was made that Bahamas was including a trio of Halifax shows on his Sad Hunk tour, many folks in the area circled the dates in January of 2022 on their calendars. Unfortunately, those initial dates had to be rescheduled for April, due to the Covid restrictions still being enforced. Unfortunately, Covid wasn’t entirely done with these shows, as one final monkey wrench was thrown when Afie tested positive the day of the show in Halifax, so things were pushed back a month.

As they say, things happen for a reason.  In this case, the day of the show was absolutely glorious as the sun was shining, patios were packed and people were feeling great. It was a laid-back, low-key vibe in the room.  Aside from the trio of folks ahead of me who were feeling the show to an extent that was more than likely enhanced by more than just their concealed sippy bottle; they grew a little too comfortable as the show wore on. 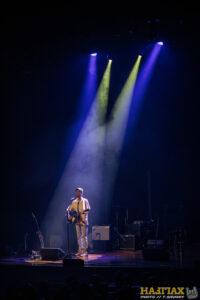 The Dal Arts Centre recently reopened after extensive renovations, and was ready to have the Rebecca Cohn auditorium play host to Bahamas and the recently added Field Guide, tapped to open this string of dates in May. Now those folks who arrived early on each of these three nights were treated to some premium indie-folk tunes which lilted about the confines of the room, all the while sparkling and shimmering like diamonds in the air. These gems bore definite similarities to Bahamas, with some shades of Old Man Luedecke and Hayden Desser interweaved into the sound.

The Cohn was the perfect room to showcase Field Guide’s delicate and sparse instrumentation and mesmerizing vocal delivery. For the duration of his set, you could have heard a pin drop save for the applause breaks, but as they often do, the set whipped past in a blink of an eye. It definitely left more than a few of us in the room craving more.    His set was a perfect example of why you show up early to catch a new act, as you may just find your new favourite band or artist. 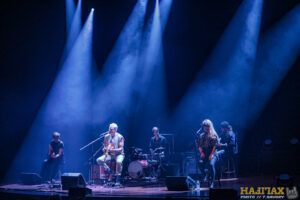 Initially, this was a tour planned to celebrate the release of Bahamas’ most recent studio effort Sad Hunk, and while the set was chock full of cuts from the album, it was also loaded with gems from his robust discography. If you’ve not had the chance, you need to see Bahamas perform “Lost in the Light” or “Caught Me Thinkin’” which are both incredible tunes on their own, but in this room, they sounded absolutely magical: it’s an experience that would grow the heart of the most ardent Grinch. These are songs that not only warm the ears but also the heart and soul.

Ahead of setting foot on stage, front-man Afie Jurvanen did a voice-over much like a stand-up comedian would pre-set.  It was loaded with Jurvanen’s wry sensibility and gave everyone a chuckle.  Another instance of that wry humour came later in the set when Afie’s band took their union-mandated 15-minute tequila break, and a fan took the time to request a song by typing it on their phone screen and Afie retorted that he’s in his forties now, so the font-size needs to be bigger. He followed up with the fact that the setlist is decided upon around 4 and is faxed over from corporate. 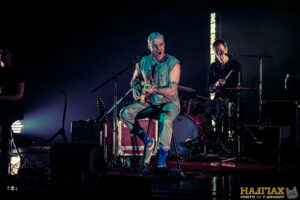 While 2014’s Bahamas record is entitled Bahamas is Afie, these shows are anything but. Afie has surrounded himself with some exceptional players in the way of talented guitarist Christine Bougie, drummer Don Kerr, vocalist Felicity Williams and bassist Mike O’Brien (all of whom Afie is actively trying to convince to move eastward). The stage was chock full of talent, and little more than a few lights and their gear. This wasn’t a show meant to kick off a party but would be well suited to an evening campfire with a few beverages. The band was seated throughout the show, and let the music flow.

Just as he had promised, as the final notes of “All The Time” faded into the ether, Afie spun around on this stool, turning his back on the crowd. He paused for that uproar, turned around, thanked the crowd for coming and played the night off with “Modern Man”.  It was another exceptional Bahamas show, in his hometown room.  Much like The Shore Club is Matt Mays’ homestand, the Cohn is most certainly that of Bahamas. 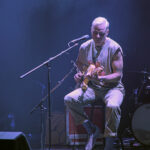 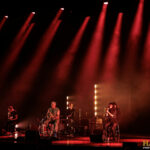 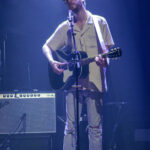 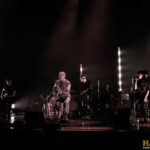 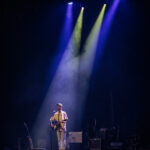 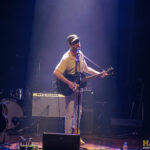 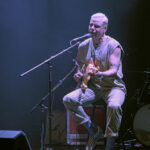 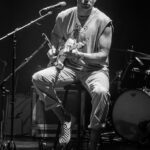 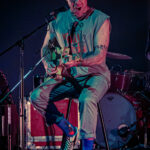 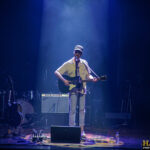 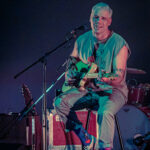 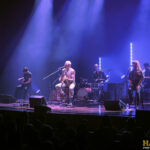 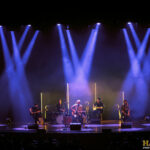 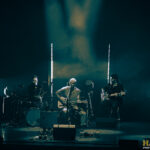 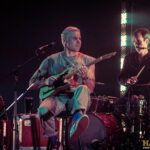 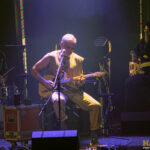 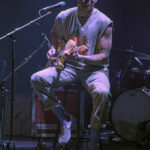 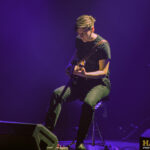 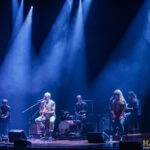 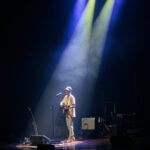