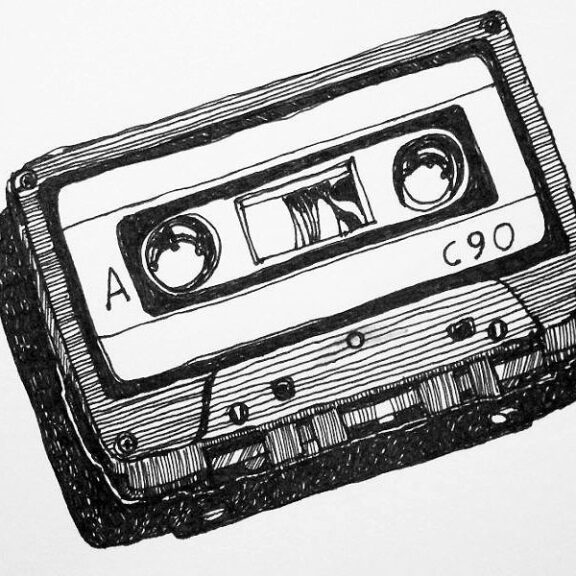 It seems that a lot of the streaming platforms have harnessed the power of the almighty algorithm to enclose us in these seemingly innocuous echo chambers.  The problem being that while the software thinks it knows what you want to listen to, and does its best to program a tailor-made soundtrack for you, it leaves very little room for new music to seep in.

That’s why, as much fun as it is to have these playlists curated for us, it’s exciting when new music enters the fray and brings a smile to both your face and your ears.  Sometimes it comes from those quite expected places, and at others the music just seems to find its way to you when you need it.  Which is why it’s more important to keep those algorithms guessing about what we want to hear next, otherwise those new acts  won’t be able to bubble up and break through.  All of that to say, enjoy the latest Friday Night Soundtrack, which features a couple of local up and coming acts, and a couple of more well-known jams.

I’ve always been a big proponent of showing up to a show early, both in part to get settled, and to ensure I catch the opening act.  Never has this paid off as well as it did on the third night of the 2021 Halifax Urban Folk Festival.  Going in, I knew very little about AWOLK and Pillow Fite, and even less about Keeper E., but leaving the Carleton, I had discovered a trio of acts that I will be following for years to come, and I think Keeper E. might be the sort of Feist / Hannah Georgas breakout act.  Her acoustic performance was ethereal, and really just swept the listener away, but when you add in the electro-pop and shoegaze elements, it just adds to the sound. Check out “Leaf in a River” and her other offerings wherever you stream your music.

On that same bill as Keeper E. was the equally talented duo Pillow Fite, who are a newly minted act within the Halifax scene. Comprised of lead singer Art Ross and guitarist Aaron Green, the pair performed 3 songs on Wednesday night and dazzled the crowd with their raw lyricism and musical prowess.  For an act that has only a handful of shows under their belt, they are a band to watch, and if the lead single “Playing the Fool” is any indication, they are poised for big things.

This is a song that has been a mainstay on commercial radio for months now, and while that may disqualify it for “Song of the Summer” status, it is still every bit the banger it was when it dropped a year ago.  It also seems uniquely qualified to be the soundtrack for the Maritimes, as we’ve been enduring a scorching heat wave.  If you’re looking to elevate this tune, go check out the Glass Animals episode on the podcast Song Exploder, as it talks about the creation of this song.

I’m not normally one for Ed Sheeran’s music, but this is one of those songs that has wormed its way into my ears, and I just need a hit of this synthy electro-pop jam. The video is all kinds of cheese, but the song itself is the epitome of an ear-worm, and that back beat is every bit as infectious as the Weeknd’s entire catalogue.  It might be something of a departure for Sheeran, and I assure you it is a bit odd and obtuse the first time you hear it, but that third or fourth spin is when it really sinks its fangs in.

If there were ever two artists meant to collaborate, it is the pair of Anderson Paak. and Bruno Mars, whose union is born of their musicality which has resulted in this smooth alluring retro soul-pop vibe which they showcased on their lead single “Leave the Door Open”. And their latest track “Skate” is a chill laid-back tune that feels every bit as easy as a summery Saturday afternoon.  If you dig funky, retro-soul/pop tunes, this is one for you.