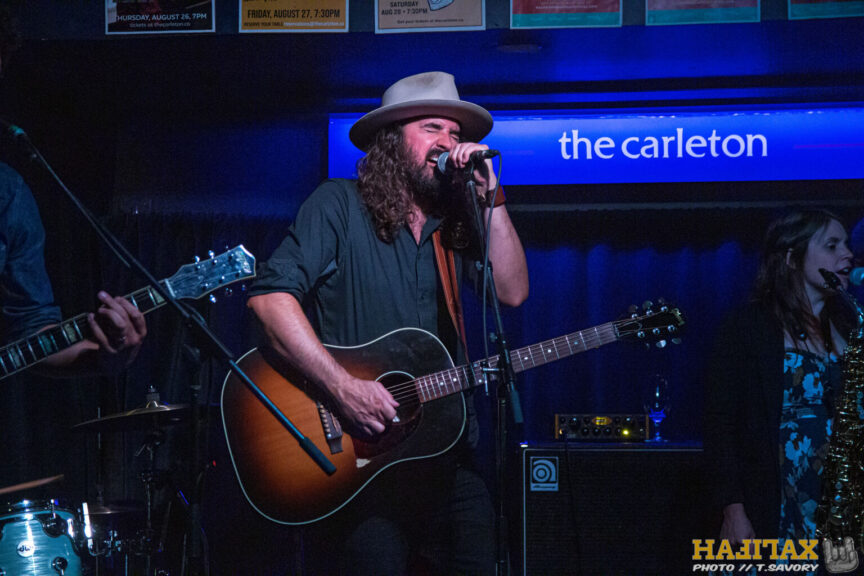 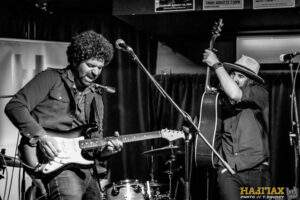 When COVID-19 really started creeping up on us, people viewed it as an over-there sort of problem. That was before the Pandemic tightened its grip on us all, and slowly choked out many industries and events. The slate of events planned for 2019-2020 got pushed back, or canceled until there was nothing left. Many months were spent lamenting the losses and closures, and we were locked inside with loved ones (if we were lucky), but spent a lot of time looking through screens or masks to get even a digital taste of those lost events.

Now that things are starting to loosen up, and the restrictions are starting to ebb, we’re slowly seeing the live music scene awaken from its slumber. We’re still not quite ready to charge back into those sweaty mosh pits, or dance parties, but we’re finally able to reconvene in rooms together to take in some much-needed live music.  Sure, the tone has been more subdued than in the past, and we have to remain seated, but even those things are starting to change a bit. Barring all of that, it is still a much-needed dopamine hit after a long 18-24 months.

Thanks to Mike Campbell for sending out the call (albeit “locally”, as we all know he’d love to reach much further), to assemble a talented group of musicians and singer-songwriters to grace the Carleton (and other local) stages for the past week. It has been an absolute joy to see the likes of Matt Mays, Braden Lam, Pillow Fite, Hillsburn and countless others take to the stage, and listen to their songs and stories, as things have been quiet for far too long (which really feels like the underlying theme of this pandemic).  But as great as those shows have been, we needed a solid, true, sweaty, loud, and unabashed night of rock n’ roll, and god damn if Andrew Waite and the Firm didn’t come to the party. 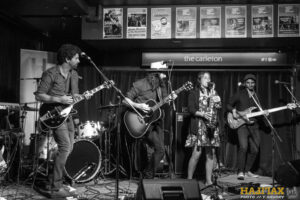 Considering that this reviewer only discovered Andrew Waite’s music over the past few weeks, it is clearly apparent that Waite isn’t one to fuck around and play a role; he is a musician inside and out. You need only to see the palpable connection that he shares with his bandmates, as they work in seamless unison and are having the time of their lives up there. Waite’s vocals are loaded with charm, passion, and grit, but it’s that smile that is plastered across his mug during those guitar duels with Nick Gauthier, where you can really see his heart.  Then there is Waite’s lovely wife Nikki at his side providing backing vocals and some fantastic sax solos throughout the show.

It might be something of a cliche to draw the Springsteen comparisons from the passion, heart, and musicality on stage, but when it fits, it fits. There have been plenty of acts who have played this stage and felt like a visitor, but this was definitely not the case for Waite and the Firm, as this is clearly their home, and we were welcomed to join them in these unreal jam sessions. Such as the band’s cover of Curtis Mayfield’s “People Get Ready”, which saw Reeny Smith invited to join the band on stage to perform, and it was every bit as special as you can imagine. The opening set whipped by in what felt like 5 minutes, but the band took a short breather, which allowed me to snag a copy of Waite’s LP Tremors (which I had been spinning on Spotify for weeks). 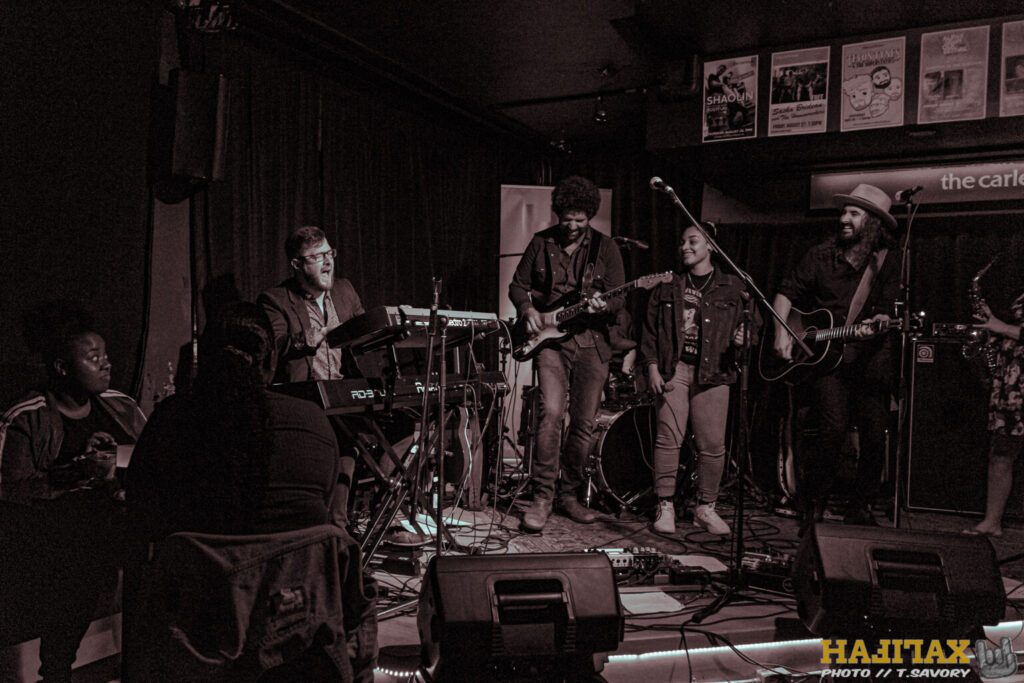 When the band returned, they brought the energy down to a simmer for a couple of tracks, which included a love song for Nikki entitled “Where Did The Night Go”, which is off of the new album, and the subtle portable (toy?) Xylophone notes interspersed throughout sounded like twinkling stars on this slow-burning track.  Waite then introduced his track “Lay It On Me” which was written for a friend and talks about mental health, which was a haunting number. Then if those earlier two tracks didn’t tug on the heartstrings, his track “Cash It In” would certainly do just that.  Waite took letters his grandfather had written during the war and put the words to music, and the end result was “Cash It In”. It’s this delicate, low-key number that is equal parts honest, yet hopeful, written by a man who has made peace with his station in life, and realizes that if its his time, it’s his time, and he’s going to face it headlong.  From there, the mood picked back up and we were treated to a few more rollicking tunes including “Full Time, Tryin’ 2 Luv” which was co-written with Colin McDonald (of the Trews). The set closed out with another tune co-written with Colin, entitled “Ain’t Going Out Like That”, which is a radio-ready number that should be embraced by rock radio as it is warm, loaded with personality and is a fantastic show closer. It will be sure to transfer the smile to the mugs of the listeners.

After a long work week, this was the exact palate cleanser that was required.  It was a passionate night of folky, blues-driven rock n roll from an artist whose passion is worn directly on his sleeve and comes through in his music, and the camaraderie and love he clearly shares with his bandmates. I have a feeling this will be one of those nights that will be remembered for a long time, and is another colourful chapter in the ongoing story of this fantastic venue in Halifax.  We will look back at this night, and be able to say that we were fortunate enough to have seen him play this intimate venue before he blows up and is discovered by the rest of the country.  Thank you, Mike and HUFF for bringing Waite to Halifax, and for making it feel that live music is truly back in our lives. 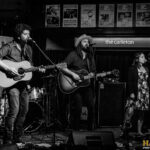 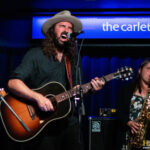 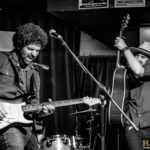 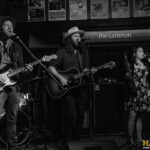 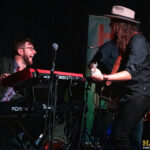 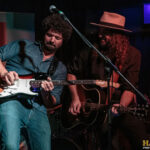 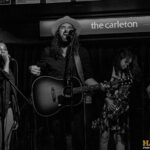 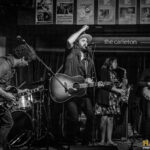 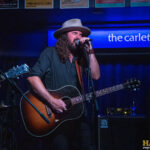 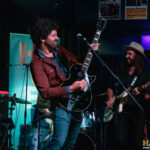 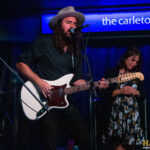 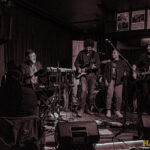 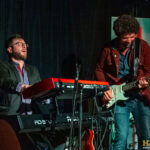 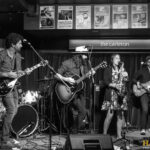 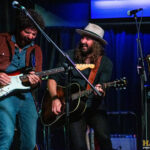 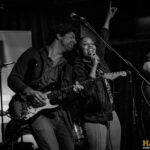 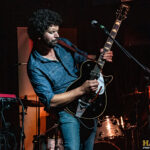 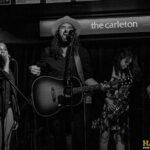 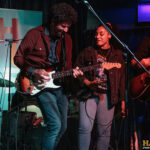 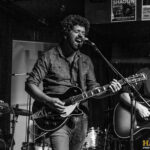 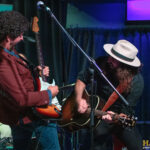