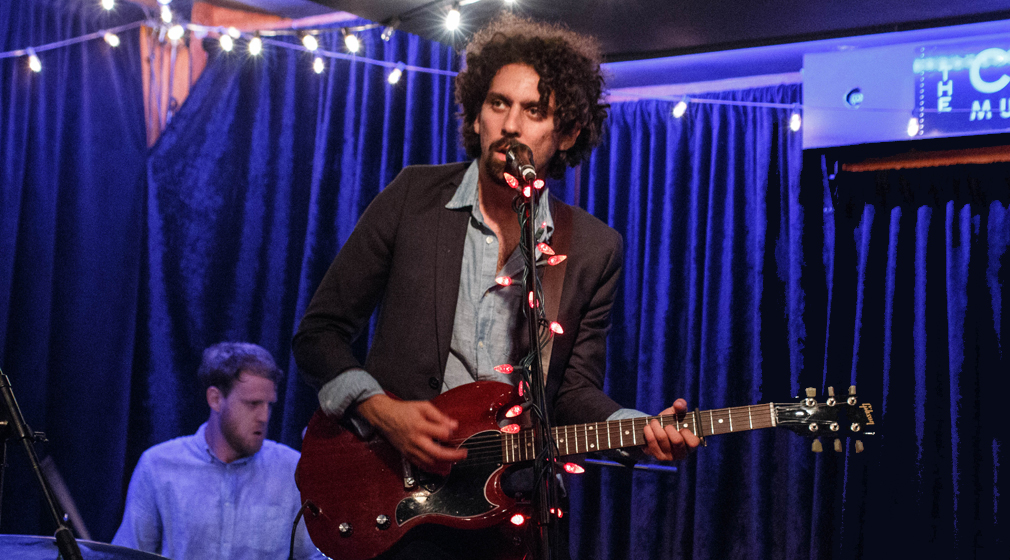 In looking back at what used to comprise my high school soundtrack, and what I currently gravitate towards, I have to chuckle, as I completely understand when my mother asked if we could turn down “those screeching guitars”. I also know that as the elder-statesman of the HAFILAX crew, I am the one with a penchant for quieter singer-songwriter fare, as opposed to the louder more bombastic tunes.  Don’t get me wrong, I love me some Five Finger Death Punch, or Nothing More, but if you’re asking me to toss on an album, chances are you’re doing to be hearing some of the acts on this week’s Friday Night Soundtrack. Rather than listen to me ramble on and on, let’s get into it, shall we?

I think I first caught Northcote opening up for The Glorious Sons on their Contender tour, and I remember not being into the tunes, as I was looking for something a bit more raucous and rowdy on that night. Fortunately, when Frank Turner played a show at the Marquee Ballroom, he brought Northcote back to town, and it was on that night I fell in love with these dusty, honest, folk-rock tunes, that had a definite Springsteen vibe. And while it has been 5 long years since Matt Goud released Hope is Made of Steel, the BC singer-songwriter has announced a 2020 release for his follow-up Let Me Roar. “Streets of Gold” is a gem, and definitely whets the appetite for the forthcoming release.

There aren’t many artists who have the ability to cut straight to your heart, but Donovan Woods has found that magical alchemy that is required to bypass those emotional barriers in which we are wrapped. If the pair of singles released thus far (“Grew Apart”, “Seeing Other People”) are any indication, you can be assured that people will find themselves unexpectedly sobbing at some point as they listen. This is another gem from Donovan, and I couldn’t be more excited to hear the new album.

Hawksley is one of those artists that rose to prominence in the late ’90s, early-aughts, but has always been able to weather the last two decades by continuing to create interesting, and at times obtuse music, but he’s evolved and adapted as needed. It’s fun to watch all of the early footage of Hawksley Workman, while being juxtaposed by this fantastically timeless alt-pop gem. Even going back to his previous album Median Age Wasteland, he mines nostalgia, Canadiana, and pop-culture with such ease, that he creates these aural pastiches which are equally parts interesting and familiar. These recent projects definitely show an artist creating some of their best work, and with no signs of slowing down. Can’t wait to hear what’s next.

This might be the most unexpected track to be included, but goddamn if this talented singer-songwriter hasn’t eschewed a great deal of the expectations that have been heaped upon her, and crafted some gorgeous folk-pop gems on her latest record. Taylor certainly has a penchant for hooky-melodies, and can turn a phrase better than most. As the temperatures drop, and autumn makes its inevitable return, this track (and the rest of the album) feel like a warm sweater you want to wrap yourself in.

C’mon now, Sameer’s latest track is a bit rockier, but “Stay in Touch” is one of those tracks that is perfect for quiet nights, sitting in a dim room and reflecting back introspectively. Fans of Matt Mays and Adam Baldwin will feel right at home on this track, and it’s on Sameer’s latest album This City, which is out today. Hopefully we’ll be hearing this on radios all across the nation shortly.