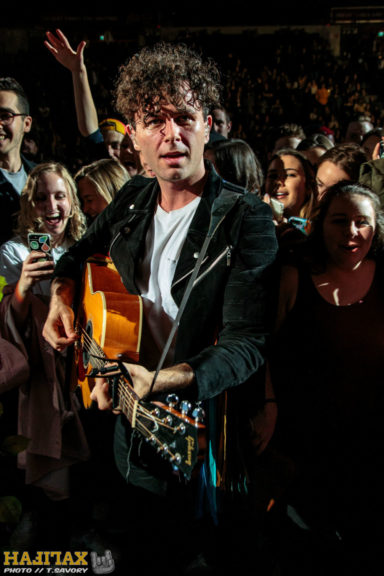 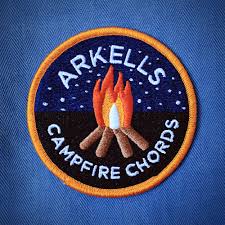 2020 has been quite the year, as we somehow found ourselves mired in the darkest of timelines. A leveling of society that is unlike anything we’ve seen before. Fortunately, there is a band that is more than ready to toss their growing fanbase a flashlight to get them through the back third of 2020. Max, Anthony, Tim, Tony, and Nick were hard at work on a new album but opted to put a pin in those plans and pivoted to Campfire Chords, a reimagining of the band’s best-known tunes. They’ve all been stripped back and retooled into these fantastic, acoustic, folky fire-side tunes.

It’s honestly an album that I didn’t know we needed, but in pressing play on this latest Arkells project, it was like I draped myself in this blanket that is warm, safe, and comforting. Aside from the lead track “Quitting You”, this album is all well-known Arkells cuts. Some lend themselves very naturally to an acoustic recording (see “And Then Some”, or “Book Club”), but then there are some acoustic standouts like “Whistleblower” that suck out the bombast of the studio recording, and add in these subtle slide guitar licks and just a little bit of a snarl that makes this version dazzle. “Hand Me Downs” sizzles as an atmospheric, country-tinged number that has Max howling into a dark, expansive, star-speckled sky. 11:11 is another heavy-hitter that finds new life in this acoustic format, as the harmonies sparkle, and it just needed a little more dirt and dust on the tune.

Much like Rally Cry, Morning Report, and High Noon before it, Campfire Chords will be another Arkells record that will find itself wedged firm between the ears of many for months to come. When it comes time to move on from Campfire Chords, you know that Max and the crew will be waiting for us with their next collection of gems. Until that time, you’ll find me out at the firepit indulging in these Campfire Chords.