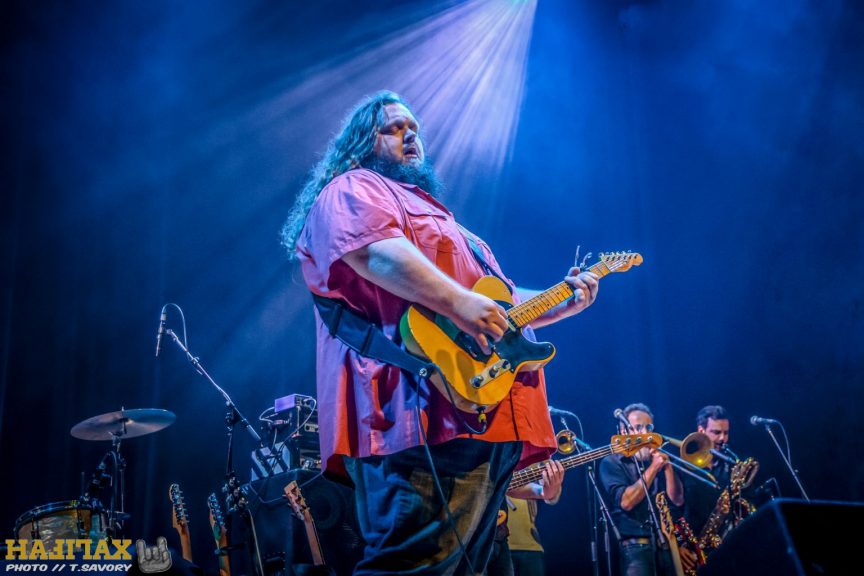 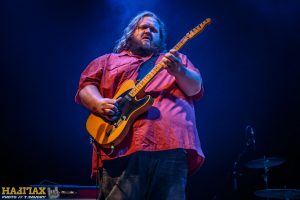 This past weekend saw Matt Andersen take to the stage at the Rebecca Cohn Auditorium for a pair of shows with the stellar Mellotones, which marked the end of his homecoming Maritime trek with opening act Bobby Bazini. It was a fitting room in which to wrap up this tour, as it was a room that he played as a solo act a couple years prior, and at that time had another talented singer/songwriter in Donovan Woods opening. His soulful voice, and his mastery of the guitar in his hands are well suited for the Cohn. There were moments, on this Sunday evening, that Matt Andersen’s soulful voice evoked the same soulful grit and emotion of Van “the Man” Morrison. 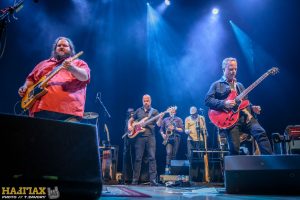 It was roughly this time last year that Andersen teamed up with the incredibly talented collection of musicians otherwise known as the Mellotones, and headlined Saturday night at the Halifax TD Jazz Festival. As a solo artist, Matt Andersen is nothing short of a wonder in the way that he imposes his will on the stage, needing little more than a guitar and microphone to dazzle audiences. By then coupling that talent with an equally talented backing band such as the Mellotones, who are more than capable of moving audiences with their soul and R&B chops, it’s a match made in heaven, with both acts elevating the other. The majority of the performance had the Mellotones backing Andersen, but for a trio of songs in the middle of the set, the Mellotones headed off stage leaving a solo Matt Andersen standing center stage, ready to keep the night moving along. 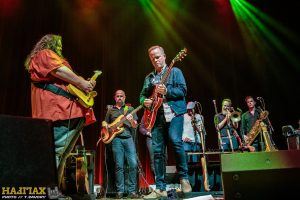 Now on this warm early summer’s eve, scores of fans teamed into the Cohn to catch the second of two Halifax shows, packing the room to near capacity. Looking around at the attendees, it was clearly an older demographic taking in the show, with little more than a handful of young people in attendance. It was never more apparent than when Matt was introducing his song “What Would Your Mama Say”, as he joked that growing up he had a healthy fear of the wooden spoon, a spoon that his mother would claim was stowed safely in her handbag in the event that Andersen or his siblings ever got out of line. The applause following his quip that the world needs more wooden spoons would indicate that the majority of concert goers also feared a wooden cooking implement themselves (I know I did).

When there is an announcement that Matt Andersen is coming to town, it is one of those shows that is immediately inscribed on the calendar encircled in red, as you can guarantee it is a show worth every penny (and doubly so when the Mellotones are backing Andersen up). Sunday night only went to reinforce this fact. Matt and the Mellotones played for close to two full hours, and played a large swath of material from his most recent album Halfway Home by Morning, including “Free Man”, “Over Me”, the tribute to his Uncle Joe “Quarter on the Ground (A Song for Uncle Joe)”, and there was the occasional cover thrown in for great measure too. In the first part of the set, Andersen broke out The Band’s “Ophelia” which was a fantastic swampy romp through the New Orleans bayou. To close the night out, Andersen returned to the stage to perform “Helpless” by Crosby, Stills, Nash and Young, with a little help from pal Erin Costello who was fresh from the airport. It was a special way to cap off a stellar evening of R&B and Soul. 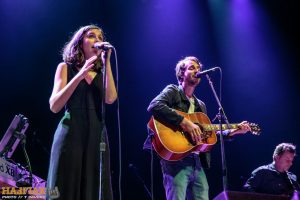 It had been 10 years since opening act Bobby Bazini played in Halifax (supporting James Blunt), and if we’re being completely honest, I was unfamiliar with the Quebecois singer/songwriter upon entering the Rebecca Cohn on Sunday night. It did, however, only take a handful of songs to win me over. Bazini’s smooth soulful tone will certainly draw comparisons to Rod Stewart, and at times Hozier. His material evokes the quiet intimacy of sitting in a dimly lit cabaret, while having an ease and accessibility. Bazini was a great choice to open up the evening, and he mentioned we might see him back here sooner than later performing more of his material. Do yourself a favour, and if you see that either Bazini or Matt Andersen are playing in your area, you owe it to yourself to snag a ticket and head to the show, because you will be in for a treat. 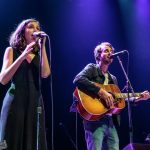 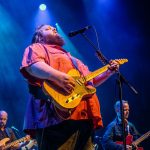 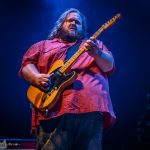 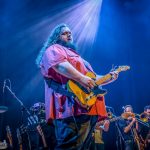 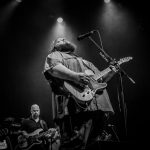 Matt communing with the Universe 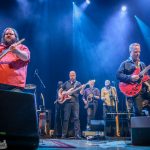 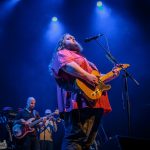 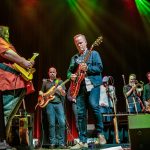