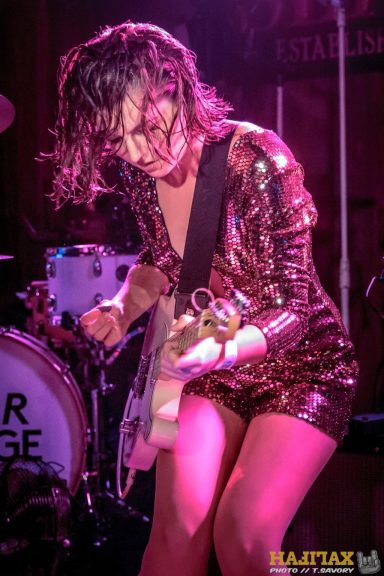 It’s hard to believe the clip that time moves at sometimes, but you take your eyes off of the ball for a moment and 2 months have whipped on by. I’m still marveling that we’re already half-way through June, but at least we’re finally seeing some sun shining out there. Hopefully you’ve been out there enjoying some of this warmth, and hopefully a few of these songs find their way to your summer soundtrack. This list is primarily from our mailbag, where we are constantly getting a steady stream of new music, and we wanted to highlight some of the songs catching our ears.

Remember, if you have a new single coming out in the coming weeks and months, drop us a line, and we’ll give it a listen and work on featuring you in one of our Mixdowns, or elsewhere on the site. Also, we’d love to find out what our readers have been listening to as well, so feel free to shoot us a comment on any of our social media platforms, and we can dig into those tunes as well.

The Fell – “Dancing on a Glass Floor”

This is an interesting tune, as it has a great alt-rock sound, but it also manages to bring in a definite Nashville pop-country flavour to the music as well. The production is crisp and clean, and clearly has a country vibe running through its veins. It may not rocket to the top of the charts tomorrow, but it’s a  song that deserves your attention, and it will potentially latch on to your ears.

DYLYN is an interesting voice in the Ontario music scene, as she’s been crafting interesting and engaging pop music for a number of years now, and is poised to be the next breakout star following in Bulow’s footsteps. Her latest single “Secret” is a sultry number that will have people likening her to Lana Del Rey, albeit slightly more upbeat. Have a listen, and maybe you too will have a Secret for your friends.

This is a nothing short of a jam, plain and simple. Smack dab in an alt-country/folk/pop Venn diagram lies Union Duke. Their track “Ladidadida” is as infectious as it is smooth, and just an absolute pleasure for the ears. I wasn’t familiar with these fellas before, but you can be sure that I will looking for an opportunity to catch their live performance. One of my favourite tunes to come through our mailbag.

Let me start off by saying the name of the band irks me, and I expected the music to do the very same, however when I heard lead singer Brendan Maier’s voice and how much it reminded me of the late Layne Stanley, I was hooked. The band is definitely a throwback to the height of ’90s Seattle grunge, but it doesn’t feel like some cheap ploy to draw in listeners. Fans of vintage Alice in Chains should check these guys out.

It’s clear that Natalie Lynn has found her lane, and she has put the pedal to the floor. This live performance of her single “One ” was recorded at the fabled Marquee Ballroom in Halifax, NS and she just wrapped up a fierce set at the Garrison Brewing Backlot Bash this past weekend. The talented singer songwriter has put together a fierce lead single in “One”, and it showcases her high-powered pop-rock vibes. Catch her while you can, before the rest of the country steals her away.