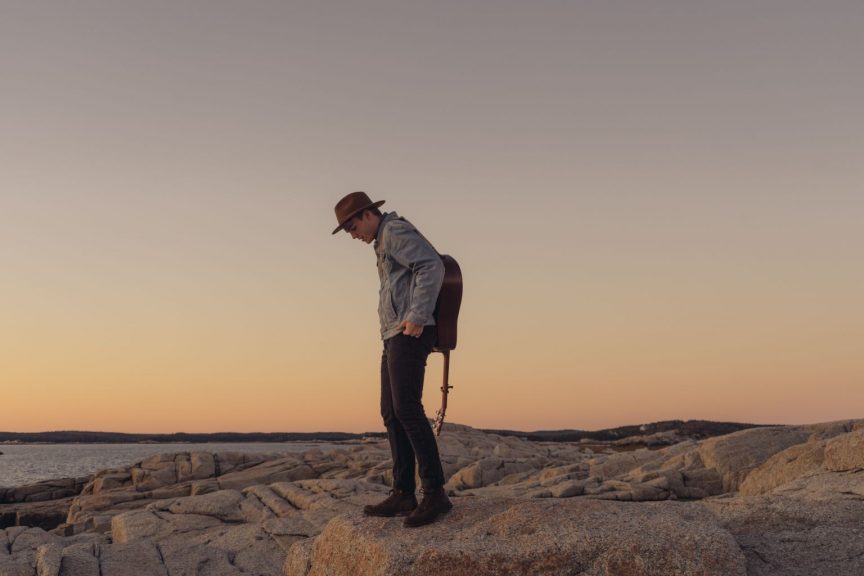 Ramping up towards the release of his second EP on September 14th, Driftwood People, Halifax resident Braden Lam has dropped his second single with “Dawson City”.

Centred around a town known for its popularity during the Klondike gold rush of the 19th century, “Dawson City” explores the idea of being a part of something bigger than the gold rush.  “…As the song explains, most people find that the gold is in fact not the best part. It’s the mountains, the landscapes, the people and the entire experience. It’s being a part of a big moment in history“, Lam said. “I wanted to capture that in a song. Someone who is at the end of their life, reflecting on the gold rush and realizing that somehow life is not what I thought. That gold isn’t all that we have, and to look at the land around us and ask if we’ve all stopped to see it”, he closed.

Even though Lam leans towards a more folk-rock sound, “Dawson City” does dip its toes into the Western Kentucky musical waters, making it a perfect accomplice to any one of Raylan Givens’ ventures. “It’s funny you say that, because the song was added to a really big country playlist on Spotify.  Primarily I would put myself into the folk-pop genre, but with that being said, I wanted to have a more raunchy, bluesy, gritty feel with this song in particular, to help capture the history”.

“Dawson City” wasn’t a song that took shape overnight. In fact, the moment this song first began to take shape was during a trip to the Yukon by Braden himself. “I traveled there two years ago and felt like I had stepped back in time. While there, I could really get the feeling of why hundreds of thousands of people moved there. You absolutely get a taste of the gold rush“, he stated.

When asked if this song was even an idea before that trip, or was it the town that actually wrote the song, Lam gave credit to where credit was due. “Yup, totally inspired (the song) by that trip up North. It took me a a year or so to really chew on things and reflect on the experience”, he mentioned. “I was in British Columbia last summer in the mountains, and found myself wanting to go back to Dawson. I was inspired to finish the song“, he closed.

Braden and co will be hitting the road in September to promote the upcoming album Driftwood People. You can find all of the streaming links for “Dawson City” over here, and in anticipation of the release, Lam has released a teaser video on YouTube with a link to the group’s site, where you will be able to purchase the album. You can see the video below the tour dates.