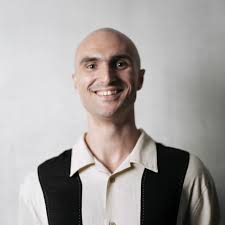 A number of years ago, I was fortunate enough to end up at St. Matthews Church one night during the Halifax Pop Explosion and I got to see Majical Cloudz perform. It was a set well suited for the high vaulted church ceilings, as Welsh makes these stark atmospheric tunes that reach deep into your soul, and demand that you listen.  The forthcoming record from Welsh is one of my most anticipated albums of 2018.  Check out one of the first singles from that release:

Devon Welsh is a Montreal-based singer, songwriter, and artist. He released two critically acclaimed albums as the frontman of Majical Cloudz, an electronic duo whose intense and innovative music combined aspects of poetry, hardcore, minimalism, and folk. That project came to an end in 2016, largely because it had fulfilled its intentions. The new song, produced by Austin Tufts of Braids expands on the group’s final album Are You Alone?, but trades minimalist electronic drum machines and synths for lush orchestration over a bed of ambient sound. The video was directed by Christopher Honeywell.

“I’ll Be Your Ladder” was written in 2015. Devon says, “This song was the beginning of a set of ideas that were new to me at the time, it was a special moment personally. In some way it seems like a lot of time has passed since I wrote it. On the other hand, I appreciate the idea of making something and then putting it away for awhile, to see if it still touches you. I read one of my favourite poets John Ashbery saying that when he writes something he then puts it in a drawer for a year. I end up doing that with songs, and I suppose this one is an example of that.”

The song has few words and is built upon tense repetition: “Time cools me with laughter / as I see the ways I am changing / and I know I want to be your ladder / with love’s elation in your eyes / I’ll be your ladder while you’re changing.” Of the song, Devon says, “To me it is about feeling impermanence, loving each other and watching each other evolve as we go.”