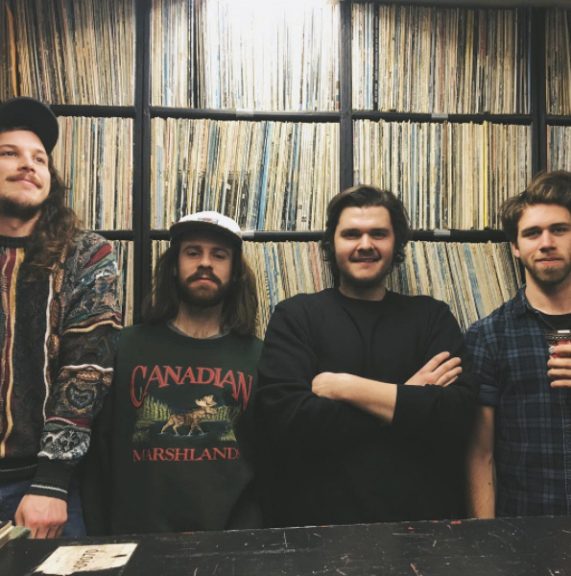 In 2017 Toronto-based folk/rock group Midnight Vesta took to the road with their newly-minted EP Seconds tightly in hand. With the hopes of exposing the East Coast to their brilliant blend of tone, style and musicianship, the group would embark on a run of successful shows, stretching from Fredericton to Halifax and everywhere in between. With a second East Coast venture planned, we caught up with the group as they sipped coffee on a bright and early Saturday morning in Ottawa.

Hey gents, thanks for taking the time to chat this morning. I know that we are really looking forward to having you back here on the East Coast for some shows towards the end of August.

Hey Jeff, thanks for lining this up with us today.  We’re just prepping to spend roughly 3 weeks on the road, beginning August 29th and finishing up somewhere around September 17th.  The tour kicks off in Montreal at a venue called Casa Del Popolo and ends in Sioux Narrows at a spot called Vilij Well.  We’re really looking forward to heading to the East Coast.

It’s great to see you coming back this way.  I realize that it must be tough to plan for a tour like this, simply due to the distance that you have to travel to make it this way.

We do have a few legs that you might call doozies. The logistical nightmare is real. It looks like we’re going to do an all-nighter at the end of the tour, when we head from Fredericton back to Wakefield on the 7th.  But to sprinkle a little sunshine on things, it is still much easier than traveling the West Coast.

Since you were last here (May 2017), what has Midnight Vesta been getting up to?

You have to realize that we were really growing into ourselves when Seconds was coming out. We didn’t form into a four-piece until the EP was in its mastering stage. Pete was on the hunt for a solid core. Colin and Robbie had been there for a while, and they kind of slung me on their backs to help play some parts.  Since that time we’ve really gotten back into a lot of writing and are hoping to hit the studio before the end of the year.  Seconds has been really good to us, but we all feel that we’re ready to do something different. Based on touring last year, we certainly have developed our sound into something new and it’s exciting to think about getting some new material out there.

Since you brought up the idea of growing into yourselves, how has your sound evolved since your first EP, The Slight of Hand, was first released?

The biggest change is that Pete is now plugging into an amp so we are full on electric.  It’s nice that we can now lean more towards the sound of rock and roll when we want. This will be our first big chance to road test the new material that we’ve been working on.  Where we’ve gotten so comfortable with the Seconds material, it will be easy to sprinkle the new in with the old.

From my perspective, it looked as if this group was very comfortable around the fans, both new and old, on last year’s tour.  Do you feel that this is a necessity when touring outside of your home province?

It’s definitely a point of pride that we make a good friend as much as we create a good show.  They’re both extensions of the same thing; good relationships with the crowd should extend to a great show.  We were really lucky to be touring with a close friend last year, and they were able to teach us the ropes when it came to hitting up the East Coast.  Because of this we were able to connect with the people at our shows, resulting in countless friendships formed. There is an energy to this tour and we’re hoping to be thought of as non-local locals.  We’re hoping to reconnect with a lot of other artists that we didn’t have a chance to play with, in the towns where we will be performing, and hopefully this gives us a bit of a direct line to the community, in each town we play.

What is the one thing that you are looking forward to, while touring around the East Coast?

It’s really exciting to get back down that way, after such a great time last year.  We’re hoping to see some familiar faces as we continue to make some new memories.  Luckily there are a lot of people on the East Coast that make this continuing relationship easy to reciprocate.