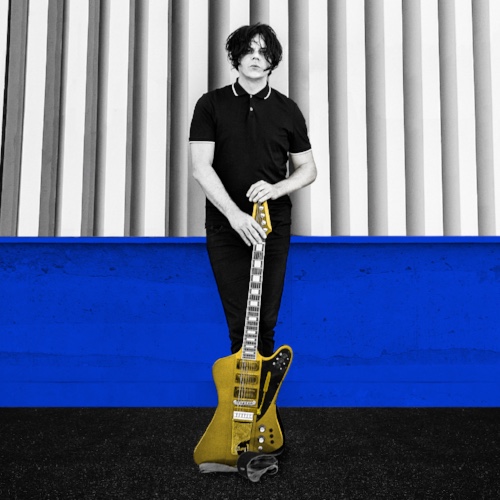 Boarding House Reach sees the 12-time Grammy-winning White expanding his musical palate with perhaps his most ambitious work thus far, a collection of songs that are simultaneously timeless and modern. Written and conceived while holed up in a spartan apartment with literally no outside world distractions, White exclusively used the same kind of gear he had when he was 15 years old (a quarter-inch four-track tape recorder, a simple mixer, and the most basic of instrumentation). The album explores a remarkable range of sonic terrain — crunching rock ‘n’ roll, electro and hard funk, proto punk, hip hop, gospel blues, and even country — all remapped and born anew to fit White’s matchless vision and sense of restless experimentation. Boarding House Reach is a testament to the breadth of Jack White’s creative power and his bold artistic ambition.

Tickets for the Halifax show range in price from $54.75 – $89.25 (including tax and applicable surcharge) and will be available at the Ticket Atlantic Box Office at the Scotiabank Centre, at participating Atlantic Superstore outlets, by calling (902) 451-1221 / 1-877-451-1221 and online at ticketatlantic.com, evenko.ca and livenation.com.

Doors open at 7 pm. and it is an all-ages show.

2018 Apple Music Fans’ Choice Award nominee and multi-platinum, award-winning entertainer Tim Hicks will turn up the heat this winter on his national headlining ‘Get Loud Tour’ kicking off in Toronto, Ontario, on November 1. Hicks along with special guests Tebey, Madeline Merlo (in the East), Andrew Hyatt (in the West), and Washboard Union (Toronto only), will take the energy-charged tour to 16+ cities across the country.

For the ‘Get Loud Tour’ Hicks has partnered with PLUS1 so that $1 from every ticket will go to Unison Fund and their work providing counseling and emergency relief services to the Canadian music community UnisonFund.ca.

Tickets for Moncton and Halifax go on sale this Friday, August 17 at 10 a.m.

Country music’s blue-collar everyman, building from local acclaim to a nationally recognized name, Hicks continues to lead the way, expanding the sound and style that helped define today’s country music.  The platinum selling entertainer is a “true star on the Canadian country music scene” (GoBe Weekly), “proving he knows how to tailor his songs to his ever-expanding audience” on his most recent album NEW TATTOO.

The longevity of Hicks career continues to reach new heights with 2 PLATINUM and 6 GOLD certified singles in addition to a GOLD album and twelve Top 10 radio hits garnering close to 1.3 billion audience impressions.  The first recipient of the Nielsen Compass Award at the 2018 Country Music Association of Ontario awards show, an honour that recognizes an artist for the most total content plays including streams, single and album sales as well as total social media following, Hicks commemorates his wide-open sound as one of the defining influences on today’s Country Music with his first nomination for the Apple Music Fans’ Choice category at the 2018 CCMA Awards.

Always akin to his fans, Hicks released his fourth studio album, New Tattoo, last month.  His first studio release since 2016’s Shake These Walls, which debuted as the No.1 Canadian Country Album on the Nielsen Soundscan Top Country Albums Chart upon release – New Tattoois a fiercely confident collection of 12 tracks co-written by Hicks and produced by Jeff Coplan with the exception of “LOUD” (produced by Todd Clark), and “Gettin’ To Me” (produced by Jeff Coplan and David ‘Dwave’ Thomson), that catapult between traditional country grooves, stadium-sized rock riffs and blue collar country. First single “LOUD”, which was licensed by the NHL in North America, was the #1 most added song at Canadian radio (all formats), its first week of release, and continues to climb the radio charts with over 2 million streams to date.

WATCH the video for LOUD HERE.

For more information and the latest tour dates, visit: TimHicksMusic.com.

ABOUT PLUS1
PLUS1 is a turnkey initiative for artists to address a cause effectively, raise and grant money towards a cause they connect with, while being well informed at no cost. By using the natural convening power of concerts, fans will be organically engaged with the artist’s message beyond the music, helping to make more people socially aware and active participants in the world’s most pressing issues.

ABOUT UNISON FUND
Unison Benevolent Fund is a non-profit, registered charity that provides counselling and emergency relief services to the Canadian music community. We are here to help professional music makers in times of hardship, illness or economic difficulties. 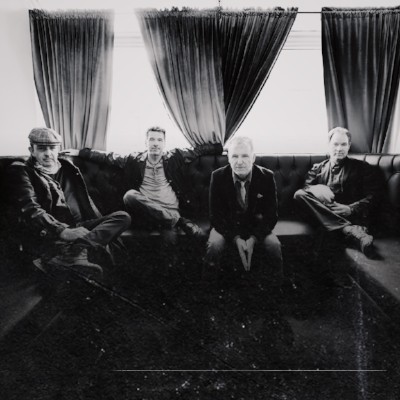 (Halifax, NS) – Multiple award-winning Canadian band, Glass Tiger, return to the Maritimes this fall to perform amped up acoustic shows in support of their latest release, 31. Dates include:

Glass Tiger​ is synonymous with great songs from a genre and an era destined to be “classic.” Along with singer, writer, and performer, Johnny Reid, the band ventured into the studio and came out with an album of their best songs totally reimagined. The simple, organic, amped up acoustic format shows the audience why these legendary songs have stood the test of time.

Discovered in the summer of 1984, when they were a band from Newmarket, Ontario called Tokyo, Glass Tiger’s dynamic original sound captured the moment, and the race to sign them was on. Tokyo, which had become a major force in suburban high schools and the Ontario club circuit, officially became Glass Tiger early the following year and they signed with Capitol Records.

With Jim Vallance (Bryan Adams; Aerosmith; Ozzy Osbourne) at the helm of Glass Tiger’s debut, The Thin Red Line, set a record for being the fastest selling debut recording in Canadian history, going gold within weeks of its release. The hit single “Don’t Forget Me (When I’m Gone)” peaked at #2 on Billboard that was followed by “Someday,” which reached #5.  Both songs also made Canadian history when Glass Tiger won successive JUNOs a year apart for Single of the Year from the same album.

“Our performances have never been tighter, and we are playing at our highest level ever, we are re-ignited, recharged and looking forward to every show,” said Alan Frew.