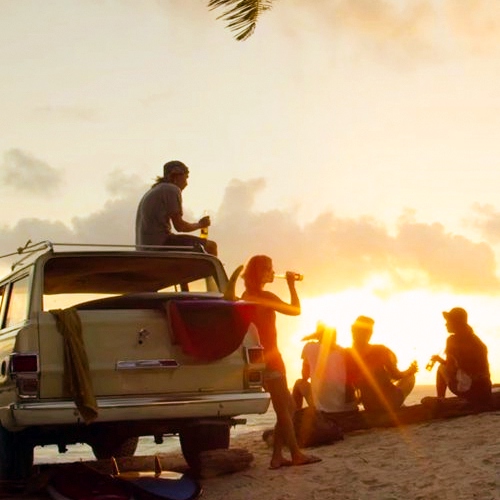 Now that it’s June and I’m finally able to go outside without a jacket (I could before, but now I actually feel warm instead of just optimistic and cold), it means it’s time to start seriously thinking about this year’s Song of the Summer.

Instead of looking ahead to this year’s Song of the Summer, though, I’m going to take a look back and get nostalgic, which I think is an integral quality of any truly great SotS. They invoke a memory of a specific time and place: the house parties they got played at, the road trips you took while hearing them on the radio, the inevitable acoustic covers you couldn’t escape. I feel you can’t really pinpoint the true standouts until some time has passed and the memories from those songs pull you back in. So in the spirit of nostalgia, here are some of my favourite songs of summers past that you may have missed out on, or can add back into your rotation now that it’s finally above freezing.

RALPH – “Cold To The Touch”

Toronto sensation RALPH’s 80s electro pop with a dash of disco vibe screams summertime fun. I listened to her debut self-titled EP non-stop last year to the point that I knew every single word to each one of her songs by the time she took the stage at The Marquee during her Halifax Pop Explosion set (and absolutely killed it). If this song’s got you hooked, make sure to also check out “Tease”, another banger from the album.

“You Love Me” is from the PEI band’s debut album, Thick As Thieves, which easily places at the top of my list of favourite albums of the past few years. If you need a song that completely embodies the feeling of getting in a car on a sunny day with your pals to drive along a highway, wind in your hair without a care in the world, this is it.

Every summer playlist should have some fun power-pop, and I can’t think of much that’s more appropriate than summer love anthem “I’m With You” from Cold Warps’ Endless Bummer. Fun, catchy, short and sweet, what else do you need? The literal sound of the ocean? Don’t worry, they’ve got you covered.

I mean, the song is called Beachball and the video involves a summertime road trip; of course I’m adding this to my list. The synth in this can probably be described by other more eloquent people in more exciting ways, but I’ll just say it’s fun as hell and will have you boppin’ along throughout.

Technically this collaboration between Phantogram and Big Boi was released in the Fall, which would typically disqualify it for most Song of the Summer lists, but it’s a song I first discovered during a summer that reminds me of summers long ago (ok, two years ago), and isn’t that what it’s all about? Look, it’s got the word “sun” in the title, so that should count for something. Besides, listen to this and tell me this isn’t a perfect summer jam.

If the theme of this list is nostalgia, then Dent May’s “Born Too Late” is the perfect encapsulation of it. The pop synths interspersed with mildly melancholic strings, paired with May’s Brian Wilson-esque falsettos and melodies, epitomize summer nostalgia.

The Stance – “Strung Up”

If I had the chance to reunite any 3 Halifax bands, The Stance would be high up on the list. I Left Love Behind A Long Time Ago is an amazing record all the way through and the initial guitar riff of opener “Strung Up” really sets the tone for the whole album of catchy throwback rock ‘n’ roll.

I know I said I’d stick to the past, but I’d be remiss to not include my pick for Song of the Summer 2018.

19-year old Claire Cottrill just released her debut album diary 001 under her stage name, Clairo. There are some really great electro pop songs on the album (including a track called “Flamin’ Hot Cheetos”), and it should be no surprise that the song I’m picking as my Song of the Summer is a retro synth pop jam that a friend likened to Style Council’s Long Hot Summer. If I close my eyes, I can see myself out on the roof of a car in some sunglasses singing this in a laissez-faire too cool for school way, and if that’s not your ideal summer jam, then I don’t know what is.

And finally, a quick shout out to what will forever be the ultimate pop song and Song of the Summer.