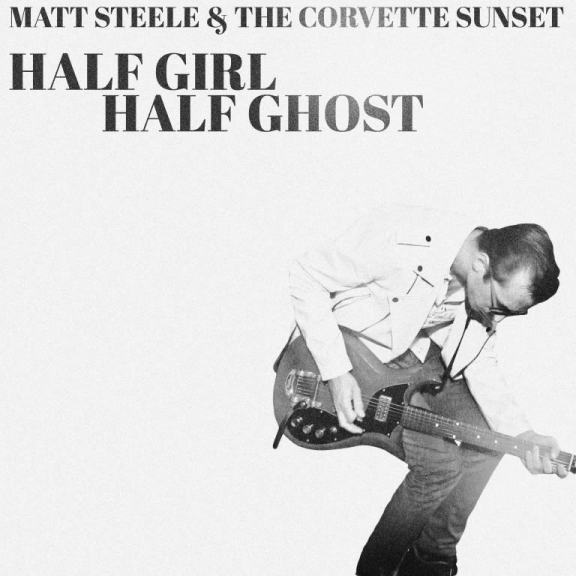 Music, much like certain smells, has the uncanny ability to immediately rip us out of our day-to-day routines and drop us unceremoniously into the past. There is no rhyme or reason for why it occurs; however, there is that direct and immediate connection to the past that defies explanation in some cases. There are some songs (or albums) that are best served in the morning and find themselves shuffled around some inane (and at times entertaining) banter.  While other music is best suited for those warm relaxing evenings around the fire-pit. Sometimes it takes an outsider to find that proper alchemy from which they can cast a record that bridges time, while bearing familiar and instantly recognizable markings. It’s that secret formula that Matt Steele and the Corvette Sunset have unlocked on their sophomore effort Half Girl Half Ghost. 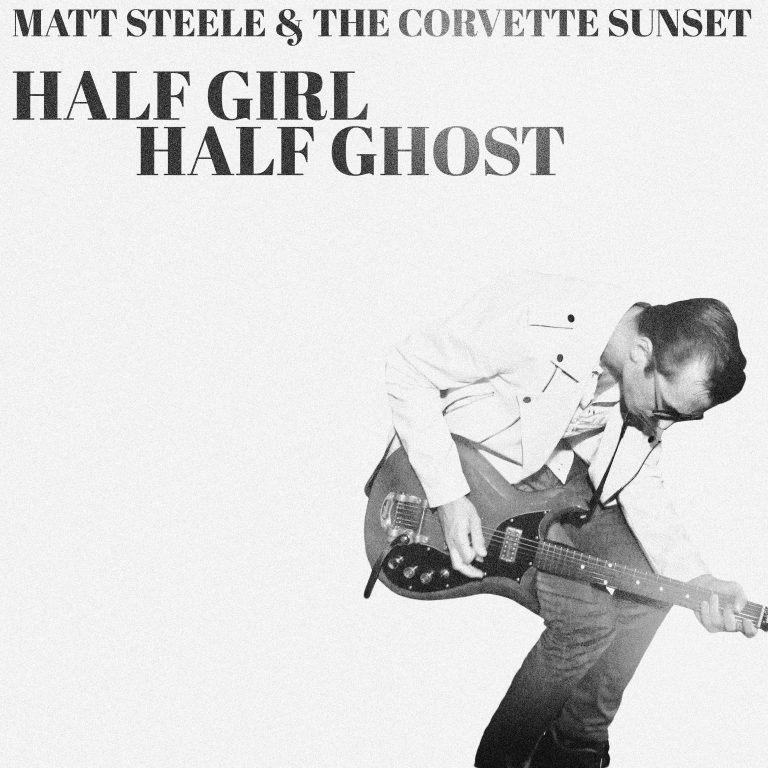 The moment you press play on that shiny yellow Walkman, you are immediately blasted by an energetic dose of power-pop from the Kentucky transplant and his band of cohorts.  This album is dropping in 2018, but it is most certainly an effort that is rooted firmly in the past, with a heavy focus on the early eighties. It’s a sound that fits perfectly, as the Corvette Sunset’s name immediate evokes memories of being enthralled by those digital 8-bit sunsets of the classic racer Outrun. At times, the album reaches back farther still, to those days when you could be sitting in a traditional diner as jams such as “Never Going Home” or “Rescue Ship” blare from the giant jukebox sitting at the back of the room. Which is why it would be as likely to hear this “spinning” on Spotify, as it would be to enjoy it from an old-school cassette.

Lead singer Matt Steele has played the role of a nomad on his literal road to Halifax, having set up shop in PEI for a period, before landing in Halifax and carving out a niche for himself in the local music scene and beyond. There is a great deal of this record that bears many of the earmarks of the distinct mid-western classic rock of the eighties, a lot of which is immediately recognizable. It’s at this point where Steele’s alchemy takes hold, and he is able to imprint that vintage sound with shades of Halifax heavyweights Sloan, with their crisp harmonies which perch on that solid backbone of crunchy guitar work. Meanwhile, on “Couchmate Katie”, that Joel Plaskett flavour appears when Steele dials back the vocals to barely a whisper.

The way in which Matt Steele weaves these two influences together makes for an alluring listen. Half Girl Half Ghost finds a way to create a sound that is both aurally tangible and nostalgically ethereal, striking the perfect balance between the two. The moment you press play, you get to experience a new record, while allowing the familiarity of its past influences to greet you like an old friend.