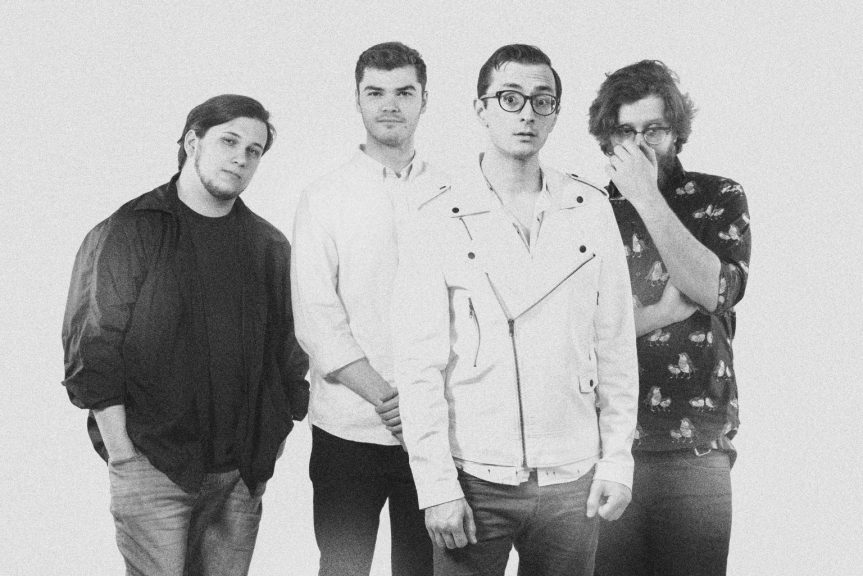 In keeping with the theme of celebrating the latest release from Matt Steele & The Corvette Sunset, we asked Kyle and Marcus to help put together this week’s MEGA playlist for your ear drums to chew on.

Kyle – As of late I’ve been revisiting Radiohead’s A Moon Shaped Pool, which came out a little over two years ago. When it first released, I was backpacking through the UK with two of my cousins. Thom Yorke’s alluring vocals and Johnny Greenwood’s haunting string arrangements provided the perfect accompaniment to many long train rides through the British countryside. I also just finished re-reading Lizzy Goodman’s Meet Me In The Bathroom, a chronicle of New York’s burgeoning indie rock scene in the early 2000s, so naturally I included a Strokes song. Lastly, I included some of what I was listening to while we were recording Half Girl Half Ghost, and what inspired my playing.

Marcus – My list is a mix of pop, rock and rap. I was on a bit of a nostalgia kick with a few 80s pop jams, mixed in with some new music from the GOOD music label (Pusha T, Kayne West). Standout tracks have to be “Yikes” by Kayne West and “New Light” by John Mayer, who is absolutely killing it as he serves up some chill 80s synth goodness. The song that didn’t make the list (only because it’s not on Spotify) is “Love No More” by Kids Losing Sleep. This group consists of a few of my buddies who are doing what they do best in this well-crafted song. You can check it out below the playlist.