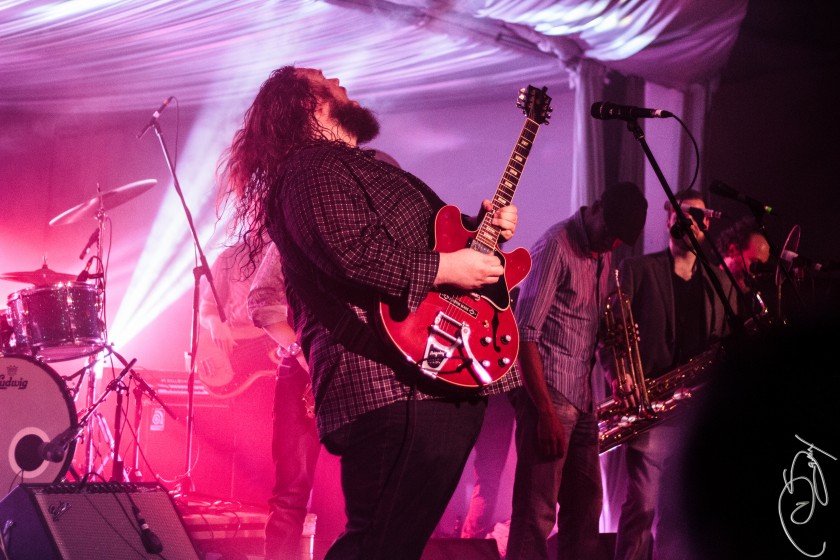 In a couple of weeks, the gates will be thrown open on the Halifax Waterfront for the 2018 iteration of the Halifax TD Jazz Fest. This will mark the festival’s 31st year, and the line-up is one of the best and most anticipated in its history. There will be a couple of throwback acts included in this week’s mixdown, and a couple of acts that you should be in attendance for this year.

Yes, you read that correctly, Annie Clark aka St. Vincent hit the mainstage tent back in 2014, and absolutely laid waste to the audience in attendance. It was a dazzling showcase of her then-new eponymous album, and her guitar mastery. It was a performance that has become part of Jazz Fest lore, as her path of world domination had only just begun.

Another legendary performance took place on the Halifax mainstage; this marked the first year the festival broke away from the intimacy of the tent, and had a full-fledged headlining stage. It was only right that Ms. Jones and her faithful band christened it properly with a night of positivity and infectious soul affirming R&B/Soul music. It wasn’t just a great Jazz Fest show, it was a show that is looked back upon with great reverence.

The Alexisonfire front-man brought his folk-rock stylings to the 2016 iteration of the festival, and by all accounts put on a stripped-down, mesmerizing collection of his beloved tunes including this cut off of his 2011 record Little Hell.

One of the biggest and most anticipated shows at this year’s Jazz Fest is the double bill of indie darlings Alvvays and The War on Drugs. Their single “Dreams Tonite” was one of the first that really caught my ear, and piqued my interest in the band. I’m looking forward to seeing their atmospheric indie pop live again. It should be a show that blows a few folks away.

There are shows that you may be unsure of, but Matt Andersen’s aren’t those. Matt’s shows are as close to a sure thing as you can get (without being Blue Rodeo), as they’re electric and loaded with frenetic guitar work and huge howling vocals. He is an act not to be missed, especially when you pair him with a band such as Whitehorse. Let’s get the weather on board, and it promises to be a special night of greasy blues rock.