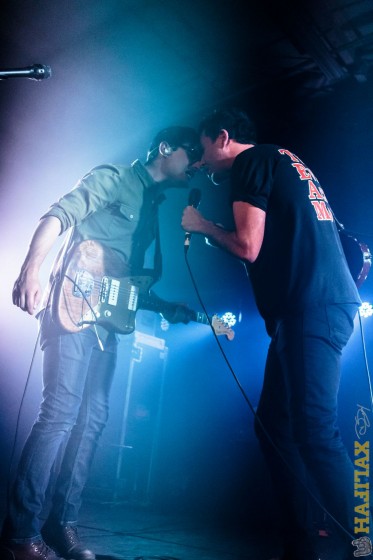 Hope you’ve managed to hide away from these never-ending raindrops, but man what a spring we’ve had thus far; until this week it’s been cold and dreary, but that long awaited blast of sunshine is well overdue. That groundhog must be having a good laugh off in his burrow, now can we just flip the heat on for a little bit and raise people’s spirits? For now, we’ll just have to wrap ourselves in some new tunes, starting with the lead single from Enfield’s own, Classified.

What’s not to like about the latest single from Luke Boyd, this is a track that is a call to action for all of those who are Powerless and Downtrodden, and Classified is using his platform for the betterment of society. This is something of a rallying cry, or a call to action, so let’s work together and lend a helping hand to those who feel down and/or defeated and help pull them up. Together we stand.

Recently the Arkells surprised their legions of fans with the lead single from their forthcoming record, and it’s another massive Motown-tinged pop-rock jam. It’s hardly a quiet, sleepy jam, as I don’t think Max Kerman is entirely capable of standing still for too long, because if you’ve ever seen the Arkell’s frontman on stage, he moves about the stage like a jittery Tasmanian Devil. I’m looking forward to what the Hamilton lads have up their sleeve on the new record, if this is what they are leading with.  Until then, we’ll keep jammin’ to “People’s Champ”.

There haven’t been many great hard-rock tunes as of late, as the landscape is flooded with a glut of Justins, Seans, and Arianas, and their inane pop tunes. It wasn’t until recently that I came across “Waking Lions”, and this track is a refreshing chaotic blast of guitar and drums with a melodic hook.  This is one of those cathartic tracks that demands that you jack the volume up, and just enjoy. I can’t wait to delve deeper into their catalog.

“Burn the House Down” – AJR

You might know AJR from their smash hit “Sober Up” which featured Rivers Cuomo (of Weezer), but their most recent track is a big summery jam that should be warm enough to dry out those soggy socks that the past couple of weeks have beset us with.

In their early incarnation, Fake Shark was known as Fake Shark, Real Zombie which was clearly cut down for the snappier two word moniker, and the band’s early sound was something of an acquired taste as it tended to veer quite a bit left of centre. With the most recent singles, the band’s sound has become saturated in neon and synth pop, and is far more accessible than it ever has been. “Heart 2 Heart” marked a change in direction for the band, and now “Wake Up” shows what they have been up to for the past few months. Can’t wait to see what else the band has up its sleeve for 2018 and beyond.