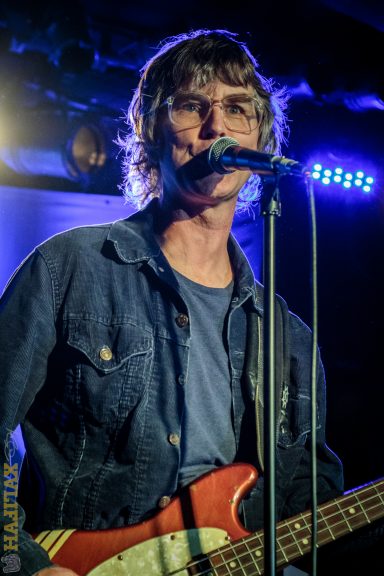 It’s that time of year again, and to celebrate their 30th anniversary the East Coast Music Awards have returned to Halifax, Nova Scotia. There are a ton of talented acts descending upon Halifax for the festivities, and this list will feature a few of the acts hitting town this week, some of whom you will be able to catch around town.

I’ve caught Sloan a myriad of times over the years, and aside from the band playing their sophomore release Twice Removed, this is the most excited I’ve been to see these former Halifax lads return to the Marquee. Their most recent record 12 is easily the most cohesive and united effort the band has released in years, and might be their best effort thus far. Can’t wait to catch their set Thursday evening.

While there are plenty of bands playing that we here at HAFILAX have covered in the past, I’m going to make a concerted effort to try and catch at least a couple of acts who I’ve not been fortunate enough to catch until now, and at the top of that list is Fredericton’s own Kill Chicago. Their polished sound is a treat for the ears, with elements of pop, rock, folk and alt country forming this aural elixir, and defies classification.

Music has this uncanny ability to transport you to a certain place in time, and for me it’s a lot of that ’80s radio rock that I grew up hearing as a kid. With the second single from the band’s sophomore album Pillars, it captures that same magic of those classic ’80s hits and brings it forward to the present. I’m really excited to catch these ‘bys on Friday night, as it should be a blast.

“Music In the Background” – Alert the Medic

Alert the Medic are one of those bands that play around town a fair amount, and somehow I never seem able to catch their set, so you can be sure I’ll be in the crowd to catch one of their showcases during the week. Ryan’s distinctive sound is front and centre, and this is a great blast of pop-infused rock. You can be sure they’ll have the room rocking during ECMA week.

Sure, we’ve mentioned Mike Bochoff’s “Sons of America” in the past, but it’s one hell of a jam, and the ECMAs will provide you ample opportunity to see Mike and his band potentially play this one live and in person. The Mike Bochoff Band are always a good time, so do yourself a favor and check these fellas out.