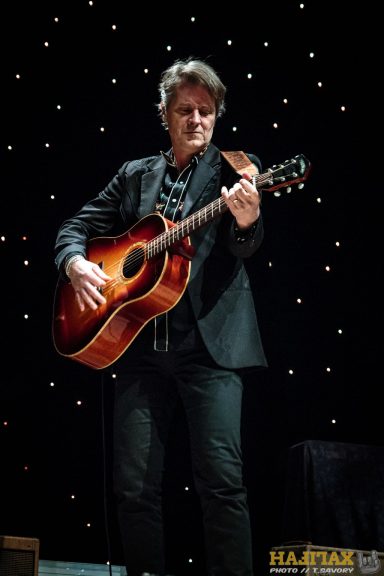 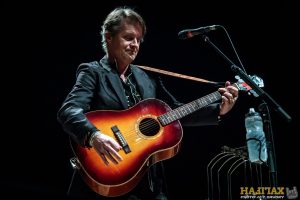 There are acts that can return to a market and pack the room, regardless of whether they’ve been in town recently or not. It was clearly apparent that Halifax’s love for Jim Cuddy (and Blue Rodeo) is palpable. From the moment you opened the doors to the Rebecca Cohn and strolled inside, you could see there was a buzz about the show that was about to transpire. It was in this room over two decades ago that I was enamored with Jim’s warm, silky smooth vocals and, at times, his falsetto flourishes, and in the years that have followed I’ve been fortunate to see Blue Rodeo more than a handful of times. But on this evening, I was catching my first Jim Cuddy show. 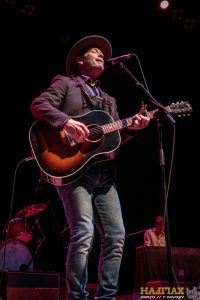 At the top of the bill was Canadian radio stalwart Barney Bentall, who strode on stage sharply dressed and accompanied by longtime Blue Rodeo and Cuddy collaborator Anne Lindsay. Bentall’s opening stint was a scant five songs, but those five songs were more than enough to lure the listener in and wrap them in a warm embrace of country-tinged folk songs. Bentall’s early sound wasn’t quite as aligned with the Blue Rodeo sound as it is now; alongside the Legendary Hearts, Barney’s music fell somewhere between that folk-country tinge of early Blue Rodeo, and the blues-rock of Colin James. Now it is far more sun-kissed and subdued than it was in the early ’90s. I walked in having a passing knowledge of Bentall’s music, but left a definite fan of his current work. Not to mention, Anne Lindsay’s fiddle work was ideally suited to Bentall’s sound, and complimented his set perfectly. 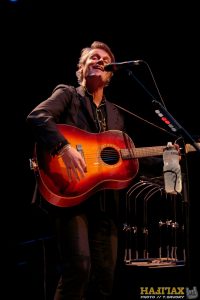 A minor intermission quickly passed, and it was time for the Blue Rodeo front-man to take his place on stage as a solo performer. For an entertainer of Cuddy’s stature, he could have simply walked on stage, played his new album, basked in the adoration for a moment and walked off stage and no one would have really batted an eye, but fortunately for all involved, he isn’t that sort of guy. Instead this would be a set that was comprised more along the lines of a variety show, with a rotating list of guests and players who would, more often than not, perform their own material. As loose as the night felt, I’m sure it was carefully orchestrated to ensure that when Jim’s sons (Devin Cuddy and Sam Polley) joined him on stage, or when Barney Bentall or Anne Lindsay rejoined the fray, it felt natural and unrehearsed. 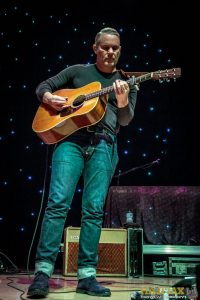 Looking around the stage at The Jim Cuddy Band, there were a couple of familiar faces, including Bazil Donovan and Colin Cripps who, along with Cuddy, comprise half of Blue Rodeo. Then we had Joel Anderson on drums, Steve O’Connor handling the keys, and the lovely Anne Lindsay working her magic on the fiddle and providing some backing vocals as well. When Devin Cuddy hit the stage, you could definitely see a family resemblance, but the moment that Sam Polley stood alongside his father you had to wonder where he had parked his Delorean, as he looked as if Jim’s younger self walked out of the past, right down to the way he mirrored his father’s guitar playing.

The night kicked off with Cuddy focusing his set solely on his latest record Constellations, if only to ensure that the rapt audience wasn’t waiting on some of those early Cuddy cuts, or of course the blue elephant in the room. The new material sounded fantastic, but in that initial set, the lead single “You Be the Leaver” was curiously omitted, so you knew it had to resurface at some point (it did!). The set included those Blue Rodeo hits “Bad Timing”, “5 Days in May”, Devin’s single from his recent EP “On the Radio”, and Sam’s “Rude Girl” (from his EP in a Day). As great as they all were, I think my favourite performance of the night was Cuddy’s bluesy cut from 2011’s Skyscraper Soul entitled “Water’s Running High”, which featured a blistering Colin Cripps solo, and a scintillating keyboard solo from Devin Cuddy. Needless to say, it was a dazzling night of musicianship, friendship and family. 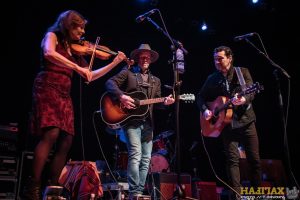 After a brief departure, Cuddy and his cohorts returned to put a cap on the evening with a fantastic rendition of “Try”, which saw Cuddy and Bentall trading verses back and forth. It was at that point that Jim expressed his joy at being able to play the Cohn again, as he hadn’t been in that room since Gord Downie’s Secret Path performance in 2016. The night wrapped up with Bentall performing his track “Come Back to Me”, with some assistance from local favourite Corey Tetford. Then the band walked to the edge of the stage and performed “Wash Me Down” (another cut from Skyscraper Soul) off-mic, and allowed the storied venue to show off her beautiful acoustics, and it especially allowed Anne and Jim’s harmonies to gleam in the unplugged environment. It was a perfect way to top off a special night of music at the Rebecca Cohn, and it’s evident that Halifax loves Jim Cuddy, and it’s clearly requited. 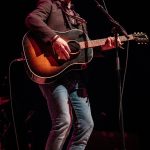 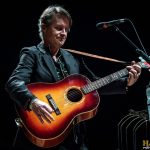 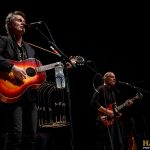 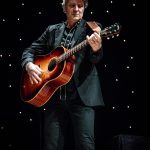 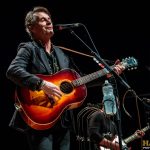 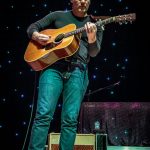 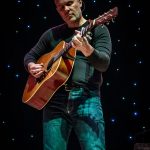 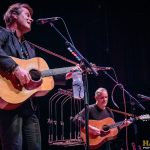 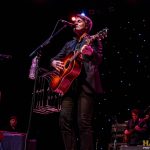 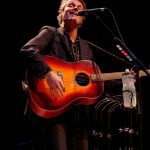 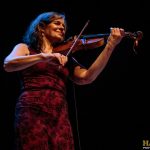 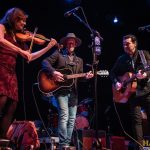 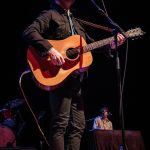 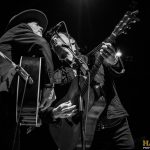 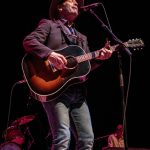