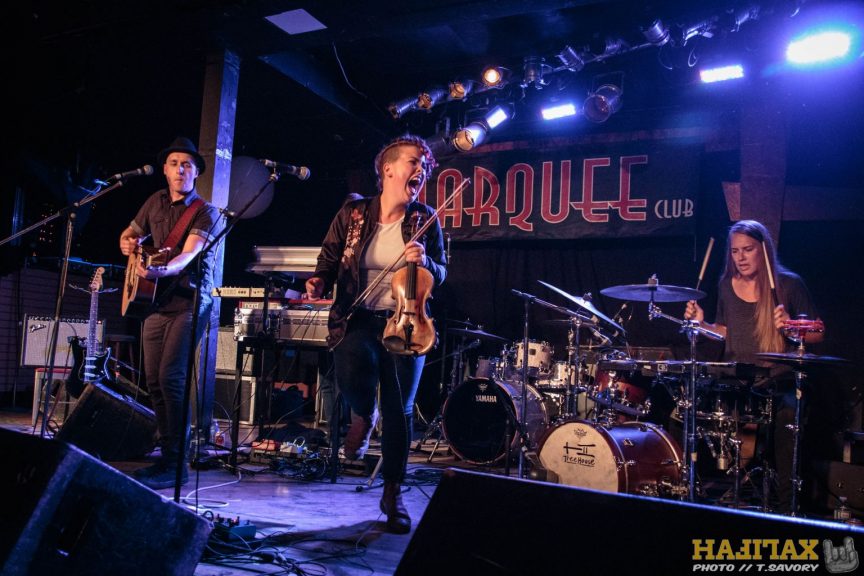 Can we all agree that we just endured what seemed to be the longest January on record? I don’t know what it was, but it certainly felt like the ghosts of 2016 and 2017 united to attempt one final swipe at us before they fucked off into the ether. To boot, we had a Super Blue-Blood Moon paired with a Lunar eclipse, so let’s just hope we can settle into some form of comfort now that January has passed on.

Let’s try and shake that last month off, and get into some new tunes shall we?

Scenic Route to Alaska, “How It Feels?”

First up, we have the latest single from the Edmonton retro-tinged pop-rock trio, entitled “How It Feels?” (the first cut off of their forthcoming album Tough Luck). The song is infectious, and some of the melodic howls on the tune have a definite sound that is quite similar to that of the Odds, in the sense that there is a fair amount of jangle to the music and it is an extremely easy listen.

From the moment I pressed play, Morley Graff’s vocals simply grabbed hold of my ears and refused to let go. While the lead single from the band’s forthcoming album The Cause & the Cure might be a bit more polished than some of the band’s previous efforts, don’t let that fool you. If the bombast doesn’t reduce your smile to a maw of bloody Chiclets, the emotionally wrenching content will land a devastating body blow that will put you on your knees. This is a song about having to live with the guilt of a situation that could have been handled differently, but having to live with those regrets without an opportunity to make amends for those previous missteps. Fans of Against Me!, Rise Against, and At The Drive In will feel right at home.

This Toronto-based chanteuse is readying her latest album for a February release, but ahead of the album release, Dylyn has dropped one hell of a jam. This is every bit a dance-pop gem that is loaded with big bass-y beats and a solid synth background. You can’t help but strut when this track hits, as it just inspires that kind of confidence. I’m looking forward to seeing what Dylyn’s forthcoming album has up its sleeve.

While Dallas Green is off taking over the world as City & Colour (or You & Me), there has been an opening on the punk scene for an act that can handle screaming and melody as well as Alexisonfire did. Clearly, Burlington, Ontario natives Silverstein stepped up to fill that void, and instead of having the back and forth of Dallas and George, Shane Told handles both the aggressive screaming as well as the infectious melodies. If you were unsure what Silverstein is all about, their latest single “Whiplash” will serve as a great introduction to the band and their sound.

Honestly, I could post any one of the 10 tracks from the band’s recently released album The Wilder Beyond, and they’d each be as infectious and joy-inducing as the last, but how can you go wrong with a video that devolves into a pillow-fight? Before you press play on this track, I must warn you, it’s easier to eat a single Lays potato chip, than to listen to just one Hillsburn track. (I’ve been through the album 4 times today). Check out this fantastic track, and enjoy your deep dive into the band’s back catalogue.

Nathaniel Rateliff & The Night Sweats – “You Worry Me”

The latest cut from Nathaniel Rateliff & The Night Sweats still has that gruffness that the band broke onto the scene with, but some refinements and buffing down of some of those rougher burrs allows for these smoky tones and warm hues to seep through even more than on past tracks. This track has been on repeat for a week, and it has gotten better with each subsequent listen.