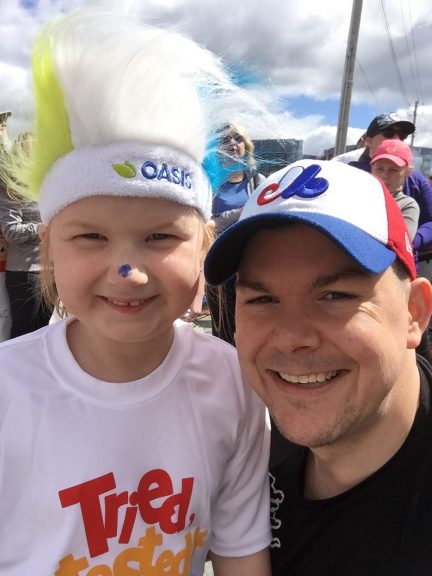 Some of my earliest (and fondest) memories are tied to what is now known as the Scotiabank Centre (the former Halifax Metro Centre). It is the arena here in Halifax that my dad and I would commonly visit to see a hockey game or sporting event; he and I saw the Voyageurs, the Citadels, and the Oilers all play hockey in that room, as well as a couple of NHL exhibition games. Now, while my dad and I frequented this room during my formative years, it was my mother who played an even more formative role in my youth, as she took me to see Richard Marx and Wilson Phillips, which was my first official concert experience (unofficially, my mom took my sister and me to the Bayers Road Shopping Centre to see Glass Tiger playing atop the Zellers).

I’m sure my dad and I would still catch the Mooseheads these days, but he passed 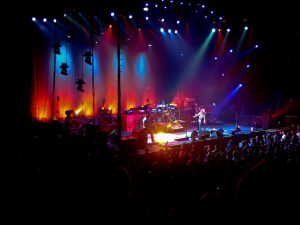 away in 1993 and while it was tragic and sad as the loss of any parent is, that’s a story for another day. It’s funny that, to this day when I set foot inside the Metro Centre, I’m still transported back to those early days going to games with my dad. Long before the Blue Seats and Skyboxes, it was a room that housed an AHL hockey team that was beloved in this city.

There is a serious list of acts I can name that I’ve been lucky enough to see play Halifax, let alone in the Halifax Metro Centre, and when I was in high school/university people joked that my name should be emblazoned on one of the seats due to the money and time I spent there. Even now when I walk around the concourse at the back of the lower bowl, I always pause to take in the whole room and reminisce about all those times that I stood in the same place both as a boy and a man. It’s the first room I have been tossed out of for having a camera (Bob Dylan), and one in which I’ve smuggled in a camera on more than one occasion. But while the quality of shots at the time seemed alright, I wish I could go back and give my younger self a crash course on manual settings (for the photogs reading this, I was snapping shots at 1/60 with an ISO of no more than 800), as I was getting some solid color, but not freezing any of the action. 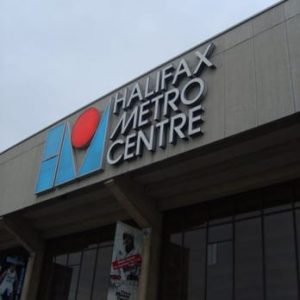 Now I may not know all of the songs that were played, and it doesn’t even matter what the show was, it’s the company that you get to share the show with. That’s where the great memories reside, as you get to spend that time together, not speaking, but sharing an unbreakable bond in that moment. I remember my first ticket camp out was at the Sobeys in Lower Sackville with some great friends, awaiting Neil Young and Crazy Horse tickets to go on sale (we nabbed 3rd row seats). Then in later years, I got to spend an evening on the Cobble Stone deck outside of the Metro Centre with my pal Matt DeYoung, awaiting Pearl Jam tickets with a legion of other Pearl Jam fans. I’ve spent more than a reasonable amount of time in line for WWE tickets to catch Raw and Smackdown broadcasts from the Scotiabank Centre. I also remember dropping $60.00 on a 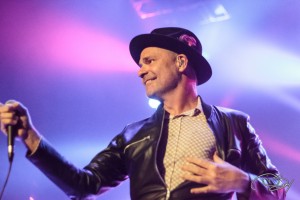 Van Morrison ticket back in ’98, which at that time was the equivalent of dropping $120-150 these days, and it was the first concert I caught with my Uncle Doug (who was also responsible for my early music taste, as I still fondly recall flipping through his vinyl collection in the early eighties).

These days, I’ve been extremely fortunate that with HAFILAX, I’ve made my way into the photo pit (or the penalty box, or hanging out at the soundboard) to catch an up-close and personal glimpse at some of my favourite acts. It’s in those pits, and hanging out back in the bowels of the Scotiabank Centre, that I’ve befriended a group of fellow photogs, 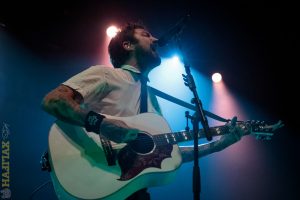 and gotten to sit and chat between sets.  It’s a whole new experience as you bob and weave around fellow like-minded people as you try and get that perfect shot, but it’s also an experience that never gets old. Being able to be down in the trenches (or in some instances cageside) can be frustrating at times, but it’s always fun and exhilarating. It’s always fun to spend those few minutes before the opening act hits the stage, to look around and take in the flurry of activity as people stream in and find their seats. 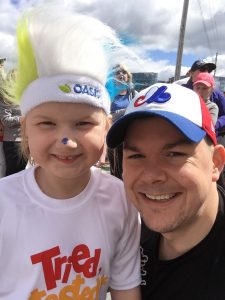 There are those shows where you do have to stop and pinch yourself, as it can be a surreal experience at times, especially when you think back to those early days coming into this room with family or friends. I still spend a fair amount of time in this room catching shows, where in the past I’ve caught acts such as Rush, Bob Dylan, Prince, Snoop Dogg, and Garth Brooks. Once a year, I find myself standing on the arena floor surrounded by a sweaty mass of humanity and there isn’t a band on stage, it’s an entirely different production. It’s on these days I get to see the venue from a new perspective, as I enter the arena either with my wife or daughter at my side as we’ve just completed our latest Bluenose run. As the years ebb by, I will continue to enjoy my time at the Scotiabank Centre, and pass along the tradition of frequenting the venue to my kids, just as my Dad did with me.