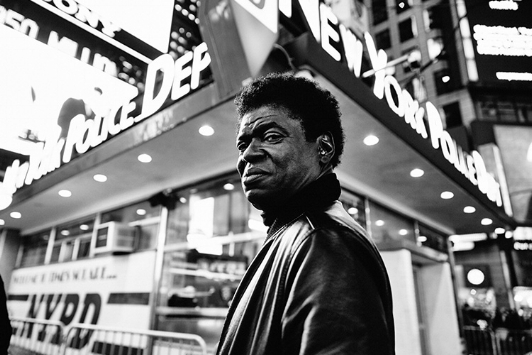 August 4, 2017 Jeff
Charles Bradley & His Extraordinaires, Charlotte Day Wilson, Clairmont The Second, Cloud Nothings, Patrick Watson, Tasha The Amazon, Weaves, and comedy headliner Wyatt Cenac are the initial acts slated to perform at the 2017 Halifax Pop Explosion Music Festival & Conference. They join previously announced artists Japandroids and Ria Mae for the festival, which celebrates its 25th anniversary in Halifax, NS this year from October 18-21, 2017.
Early bird festival wristbands are on sale now for $99.00 (plus taxes & fees) and are available HERE. 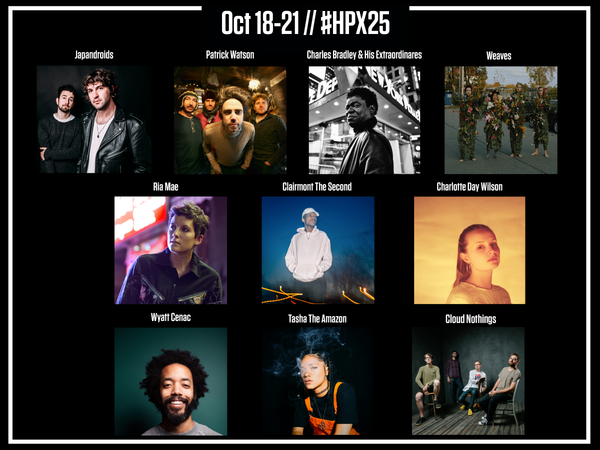 A new vision for the XPAND Music Conference
The Halifax Pop Explosion’s XPAND Music Conference takes on a decidedly different tone and focus this year. Exploring socially-focused topics such as activism and community building, the 2017 conference reaches beyond themes relevant only to the music industry in order to explore the experiences of artists living in the world, through a variety of lenses.
Halifax Pop Explosion is very pleased to announce that Lido Pimienta, Malcolm London, and Laina Dawes are featured presenters for XPAND 2017.
Additionally, all of the XPAND programming will be free and open to the public this year.

Lido Pimienta is a Toronto-based, Colombian-born interdisciplinary musician and artist-curator. She has performed, exhibited, and curated around the world since 2002, exploring the politics of gender, race, motherhood, identity and the construct of the Canadian landscape in the Latin American diaspora and vernacular. Her latest album, La Papessa, is short listed for the 2017 Polaris Music Prize.
Malcolm London, called the Gil-Scott Heron of this generation by Cornel West, is an internationally recognized Chicago poet, activist, educator, and musician. London, who runs the largest youth open mic in Chicago alongside friend Chance The Rapper, sees art as the intersection between justice & poetic imagination.
Laina Dawes is the author of What Are You Doing Here? A Black Woman’s Life and Liberation in Heavy Metal. A music and cultural critic, her writings and photography can be found in print, online publications, and radio programs, such as Hazlitt, The Wire (UK), Fader, Bitch Magazine, Toronto Star, and CBC Radio.
The Second Annual Canadian Label Summit
Returning for its second year, the Canadian Label Summit is also set to be a separate track of the Halifax Pop Explosion’s Music Conference. The only event of its kind in the country, the Canadian Label Summit brings regional, national, and international label representatives to Halifax for a focused series of panel discussions, roundtable talks, and networking events.
Among others, representatives from labels such as Paper Bag Records, Buzz Records, Saddle Creek, and Captured Tracks, and companies such as Kickstarter, The Orchard, memBrain, and Launch Pad will be on hand to participate.
The Summit offers a unique opportunity for labels championing artists on a variety of spectrums to discuss industry challenges, examine business models and shifts, and present new findings, all while being given the chance to see the best and brightest homegrown talent in action throughout the course of the music festival.
+++++
To learn more about the Halifax Pop Explosion, please visit:
www.halifaxpopexplosion.com