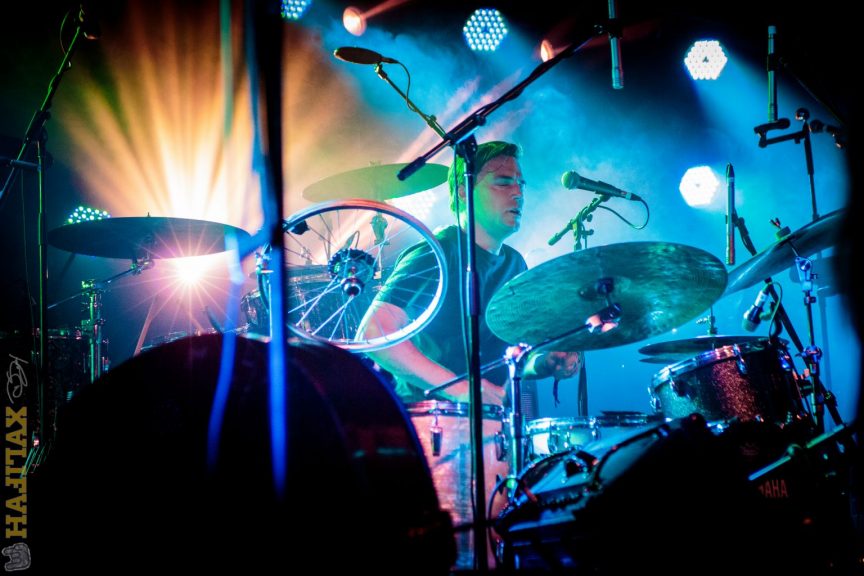 When the initial line-up was released for Halifax Pop Explosion’s 2016 session, it included a well-known comic by the name of Cameron Esposito (who has appeared on @midnight a handful of times).  However in the weeks leading up to the fest, Esposito had to cancel due to scheduling conflicts, and the HPX moved quickly to fill the vacancy with a pair of mega talented comedians: Aparna Nancherla (who recently released her first stand-up album, and performed on Day 2 of the fest) and Sarah Schaefer (writer and comedian who has also appeared on @midnight).

I was excited to see Schaefer’s headlining set, but it was the monkey wrench to my HPX Night 3 plans. Repartee was slated to play the opening slot of the Hey Rosetta! show at 8pm, which was the start time for the comedy show at the Halifax Public Library.  I headed down to the library, ran a couple of errands and headed to the venue, but while my brain brought me to the comedy show, my heart wanted to be at the Forum. Trusting my heart,  I opted to jump in my car and crossed town to check out one of my favourite local acts (Repartee) kicking off the show. 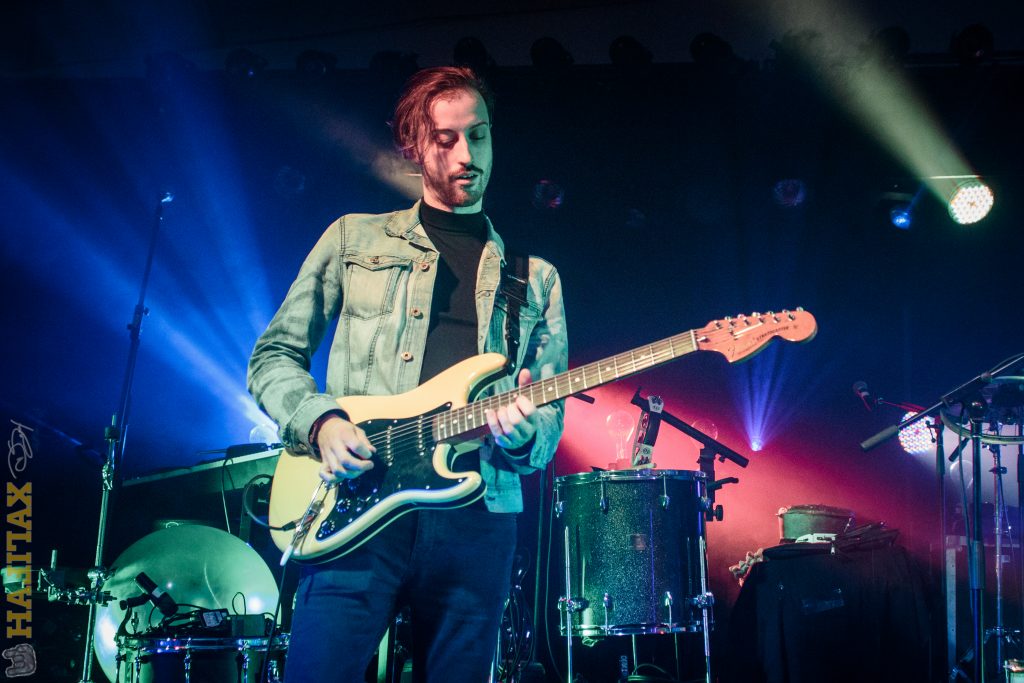 As it turns out, my gut was 100% right in getting me to the forum, as Repartee charmed the pants off of the modestly packed room with their upbeat neon-drenched, electro-infused, dance-inducing pop. This being my 4th Repartee show in a year (3rd since the release of their latest album All Lit Up), it was great to see them play bigger and bigger rooms, especially since they are back in town at the end of November to open for Mariana’s Trench. The band made the most of their opening slot, and I believe converted a legion of unfamiliar Haligoons into new Repartee fans. 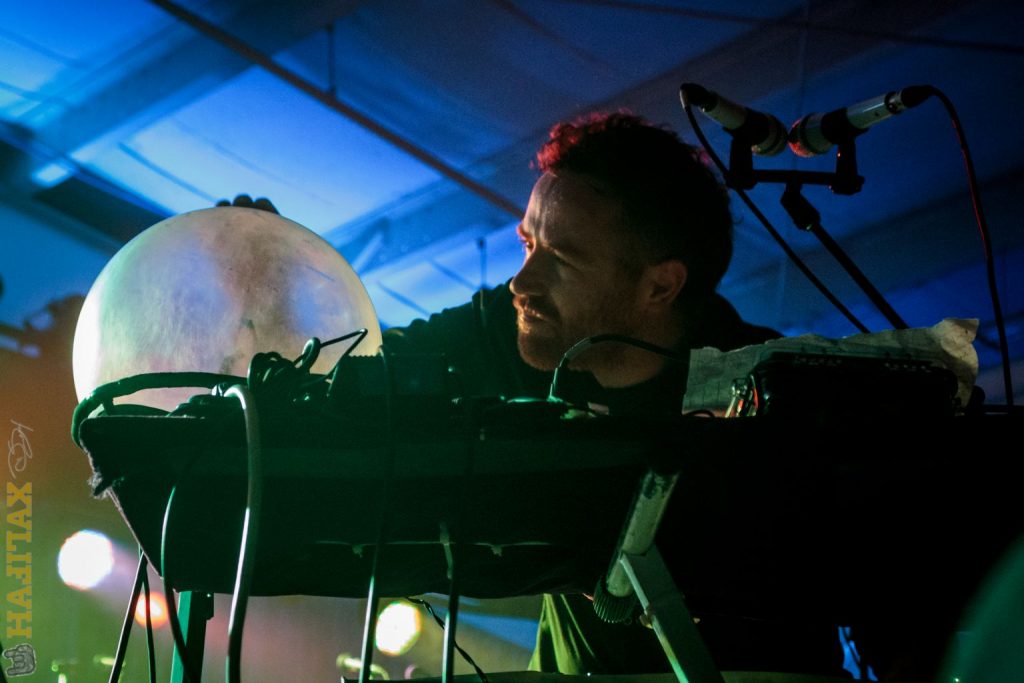 After a  partial purge of the myriad of instruments that were set up, Royal Canoe hit the stage  and proceeded to wow the room.  I was going in blind to this performance (I didn’t initially plan on being in attendance), as I had some ill-conceived notion of Royal Canoe being a folky-acoustic act, which was absolutely not the case.  Instead what I witnessed was one of my favorite sets of the festival.  The band’s set was loaded with an atmospheric musicality brimming with funk and personality, and had the room grooving and floating right along.  The Manitoba six-piece’s set up was elaborate and innovative, featuring these translucent orbs that would light up when struck, which added another element to an already mesmerizing set. The band’s material bounced between immediately accessible tunes such as “Bicycle” and “Somersault” to jazzier and more experimental electro offerings such as “How Long is Your Life” and “Living a Lie”. There were elements of Beck, Radiohead, Rich Aucoin all at play here, but it all came together in this exquisite dreamy performance. 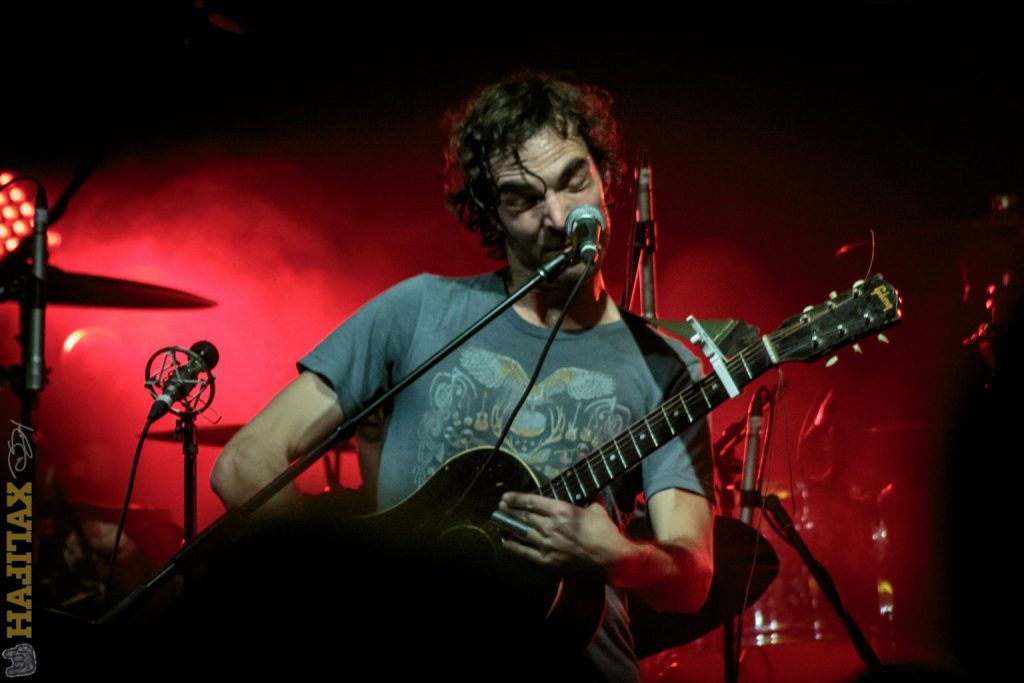 Once the crowd drifted back down to the ground and awoke from our blissful waking dream, it was time to take in the rustic rock stylings of the Montreal-based Barr Brothers.  As I had only hoped to make it to the Halifax Forum for the tail end of this set, I didn’t do a great deal of prep work, so I wasn’t fully prepared for what ensued.  It was a set that ranged from scintillating bluesy soundscapes with a retro prog-rock feel, to quieter camp-fire-friendly fare, to more commercial and accessible folk-rock. It truly was a set that had something for everyone, including a very talented harpist in Sarah Harper who manned the uncommon (and unwieldy) harp.  It was another one of those sets that I was extremely happy to have witnessed, and was especially glad I opted for this show at the Forum.  For me, the Barr Brothers’ furious note-bending performance of “Half Crazy” had me picking my jaw up off of the floor; with its foot stomping, swampy blues vibe, this was the tune that put this set over the top for me. 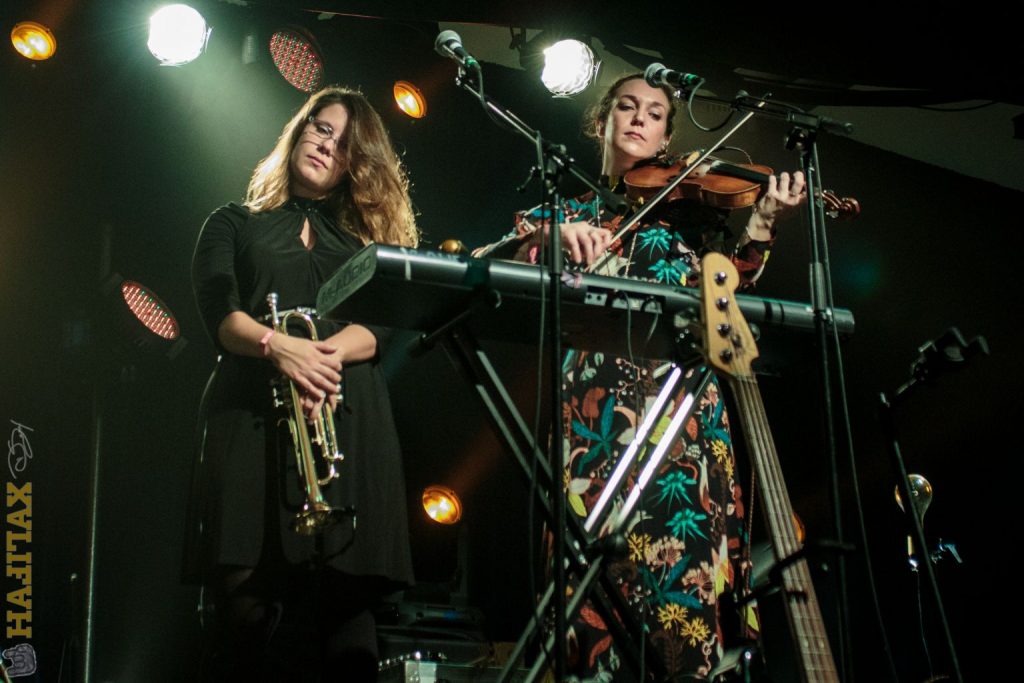 The packed stage was now pared down to make way for the evening’s 7-piece headliner Hey Rosetta!  This was a set that was highly anticipated, and the venue was sold out when the band came through the curtain. This collective of talented musicians includes members who play violin, bass, cello, piano, guitar, and drums, so when you see the band take their places, it’s impressive. Their sound is an interesting pastiche of indie rock and soaring atmospheric rock, as well as quieter folky fare, but never once feeling inaccessible or out of reach.  While the band hails from St. John’s, NF, their sound would never reveal that fact, and had I not known, I would have guessed the band is based out of Toronto or Montreal. 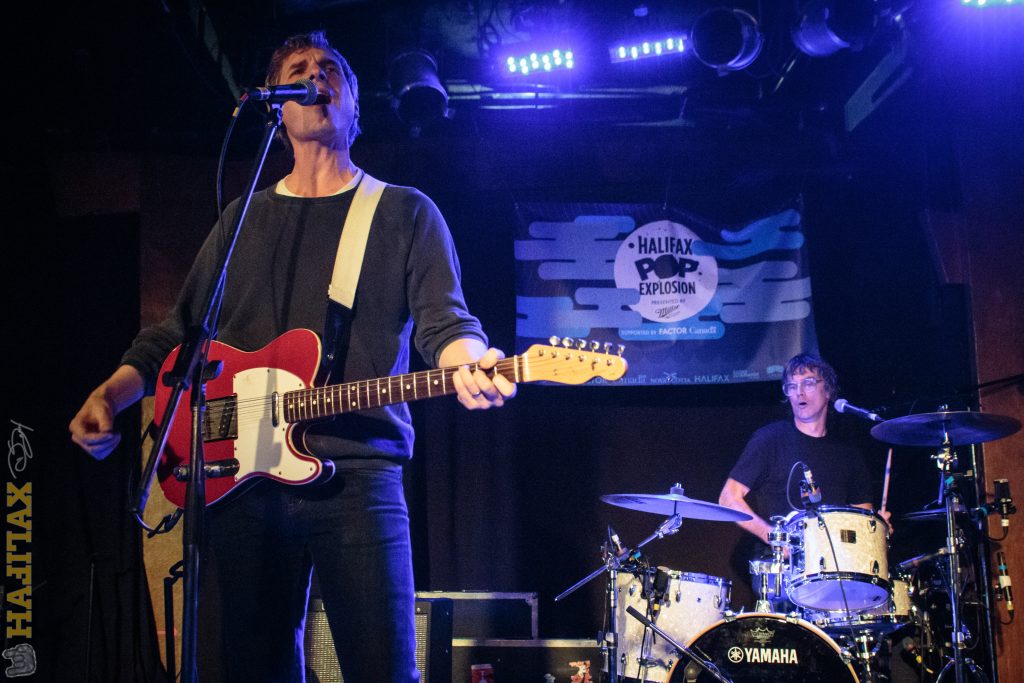 In listening to my heart, I only stuck around for the first third of Hey Rosetta’s set as I still wanted to check out a bit of TUNS en route to the Carleton to see Hannah Georgas.  I wasn’t in the proper mindset to properly enjoy Hey Rosetta’s set, as my heart was tugging on the coattails of my brain to hit the road.  The set didn’t resonate with me like it did for my fellow HAFILAXers, and I left without any regrets as I had a plan to adhere to, and Hannah Georgas was the show I was in the mood for.

Having made good time, I arrived at the Marquee in time to hit the pit to check the opening trio of songs from Chris Murphy’s side project TUNS (along with Mike O’Neill of the Inbreds, and Matt Murphy of the Super Friendz), which is a locally-sourced super group.  It’s hard to separate the Sloan front-man from the drummer of TUNS, as Matt Murphy was taking the lead for the opening handful of songs.  It sounded fine, but it drew little more than a smile and a shoulder shrug.  It was getting late, and I had one more venue to hit. 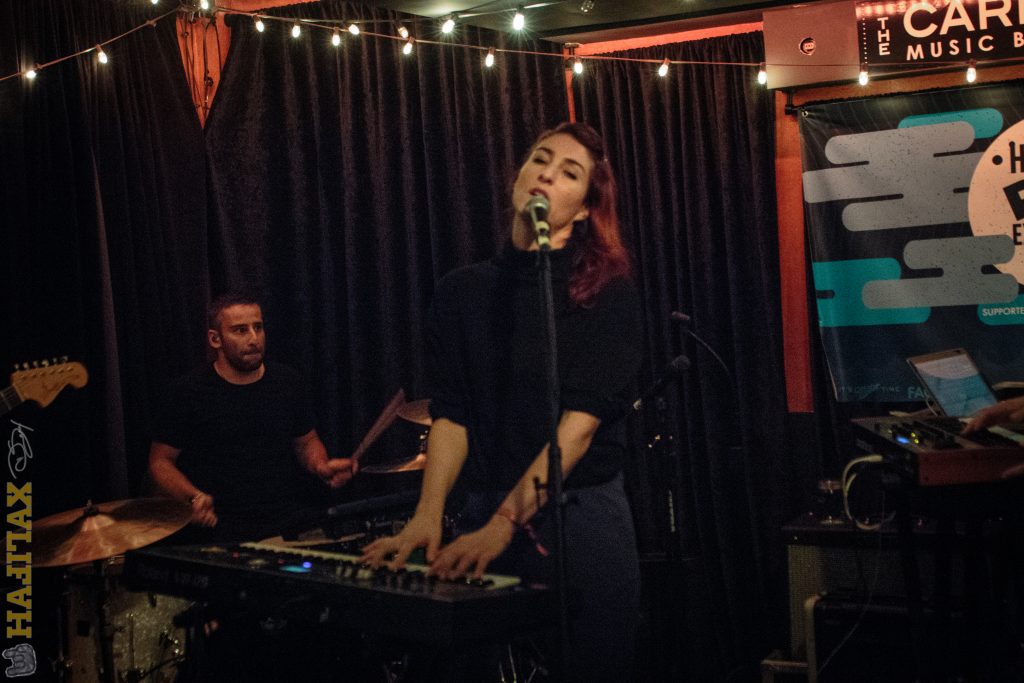 Hannah Georgas was the show I was anticipating, as I still had memories of her 2013 performance at St. Matthew’s fresh in my mind.  I had plenty of time, as her band was still setting up when I arrived at the Carleton with a tumbleweed or two.  There was a paltry crowd manning the tables in the nook, but over by the bar there was only a handful of folks in attendance.  Once the show kicked off, I knew this was exactly where I was supposed to be, as both my brain and heart were enthralled with Georgas’ warm sultry tones. Her voice filled the room perfectly.  While the crowd may not have been the biggest, it was a room of appreciative fans, who soaked in the roughly 75 minute set. The lion’s share of the set consisted of tracks from the recently released For Evelyn (“Don’t Go”, “Rideback”), but fan favourites such as “Enemies”, “Shortie” and “Fantasize” were included as well. It was a great night of music that ranged from ethereal balladry to crowd-moving electro-pop.  Georgas definitely did not disappoint.

As it was now closing in on 2am on a Friday evening, I had to wade through a mess of youthful regret and drunk drama as I walked through the Halifax bar district, and as I made my way to my car I passed one Chris Murphy who was headed in the opposite direction.  It was another solid night of Halifax Pop Explosion, and those lost hours of sleep were starting to play a factor; only one day left of #HPX2016. 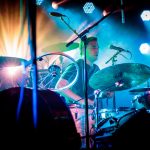 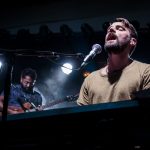 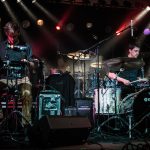 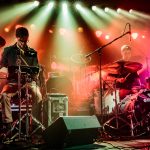 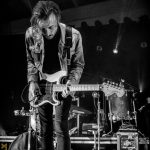 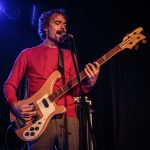 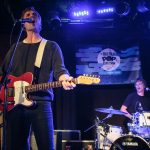 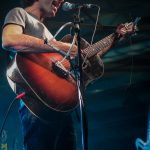 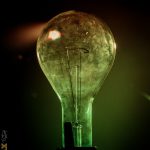 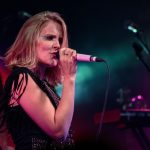 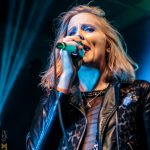 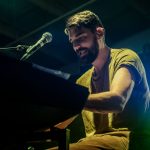 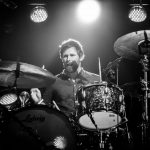 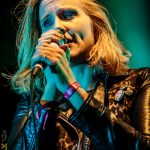 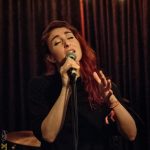 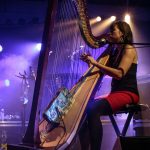 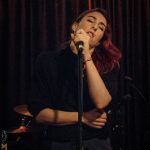 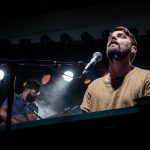 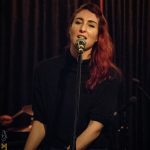 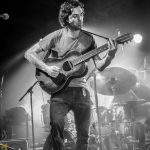 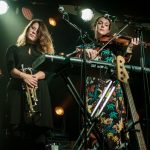