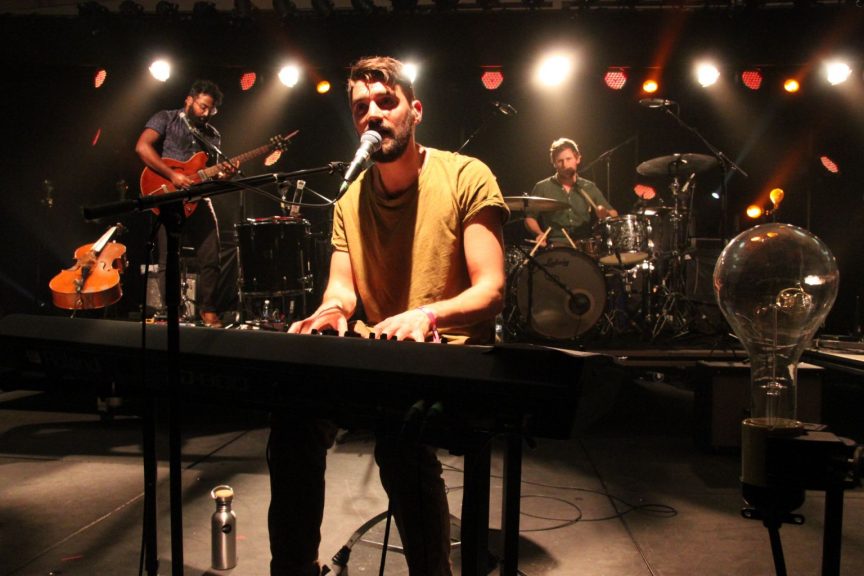 IT’S THE MOST WONDERFUL TIMEEEEE OF THE YEAR! No, no it’s not Christmas. It’s four days full of every kind of music you can imagine, spread all over our wonderful city. Going from venue to venue, you can hear pop, metal, punk, rap, EDM, and even tastes of classical. If you’re interested in music at all and didn’t buy a bracelet for this magnificent event, shame on you! Late nights and hungover mornings are well worth every second of HPX. There was a lot of music to be seen throughout the four days of the festival, and not all could be witnessed. I took in as much as my body could handle, and out of all those shows here are my five favourites (in no particular order).

No matter how many times I’ve seen Hey Rosetta!, I’ve never left the show with anything but excitement and giddiness. Their lush sound fills any room that they play with ease and, from quiet to riot, their songs are different and beautiful. Excitement was high since it has been a while since their last visit to Halifax, so the crowd eagerly awaited their return. A set with songs ranging from Seeds to their most recent album Second Sight (with what I think was a new song in the mix); fans sang along to every word they knew, and some that they didn’t. Fans of Hey Rosetta would argue that the band doesn’t have “hits” so much as they put out complete albums of great songs. This showed when any given song would start and a good portion of the crowd would go nuts. To close out the night, after a brief break, the band came back out to finish up with “Bandages” and an insane (and rare) cover of “Maybe, I’m Amazed” by the one and only Sir Paul McCartney. What a Friday night.

My Friday night ended with White Lung’s second set of HPX, played at the Seahorse. Their punk flair whipped the crowd into a frenzy. Mish Way (singer) is one of the most entertaining people I’ve ever witnessed on stage. She commanded the crowd with her screaming vocals and high energy. Loud noise-filled punk rock, fast drums, and heavy bass went perfectly together to form a headbanger’s delight. Though not knowing much about them before getting to the show, I left a major fan and have consistently spun their newest album “Paradise” for the most part on repeat.

The group from Partner had the honour to do two shows during HPX 2016. Not only did they get to play a late night set, they also had the opportunity to play the All-Ages stage on Saturday afternoon. Their set was full of the quirkiness and amazing musicianship one has come to expect from Partner. Despite some possibly milking hangovers, the crowd had a blast. With lots of kids in attendance, the girls from Partner kept the set PG. They were an amazing band to introduce some of the younger patrons in attendance to the live music scene. With guitar solos played up on the barricade, fun was had between bandmates, and more than enough head banging and sing alongs. It was an incredible way to kick off the afternoon/evening of shows ahead.

Wednesday kicked off the weekend in full force. A new-to-me venue, Art Bar + Projects, brought the folks in attendance lots of hipster vibes that were dug by all. LAPS, hailing from Fredericton NB, who played the first of two sandwich sets through the night, played the show like it was a headlining set at any given major festival. Their energy was high, and the crowd’s even higher. Heather’s voice was deeply angelic over the staccato guitars. Cedric’s boomingly funky bass licks rang, as Scott’s intricately heavy drums carried the bottom end. What sold the crowd the most, in my opinion, was that they seemed to have fun on the stage. They were cohesive, despite missing their regular guitarist. Their jazzy art-pop tunes turned from light melodies to punk timings and back again. While people were on edge, not knowing what to expect next, at every turn LAPS came through with what the people wanted.

I’ve tried to like jazz. I really, honestly, and truly have. I want to get it, but for some reason I just can’t. Then BBNG came into my life. These guys bridge the gap from rock to jazz seamlessly. Though not a sold out crowd, anyone who was in attendance knows they made the right choice by showing up for this act. The show was filled with long, drawn out jams, incredible musicianship, and erratic time changes. Their opening act, Daniel Caesar, came out to delight us with his swooning vocals over BBNG’s killer beats about halfway through the show. By the end of the evening, the crowd was in such a frenzy that I would have put money on the fact we were at an EDM show, as opposed to a jazz quartet. If you’re like me and don’t think you like jazz, give these masters of their craft a shot. 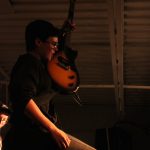 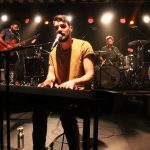 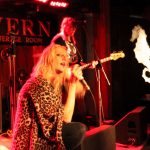 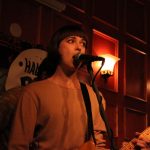 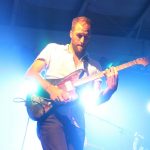 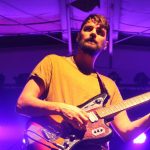 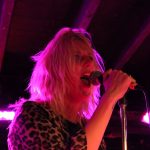 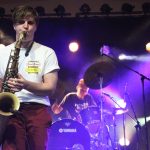 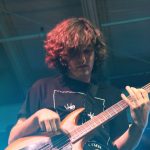 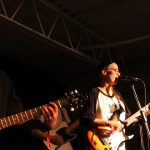 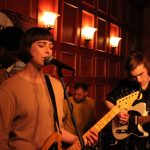