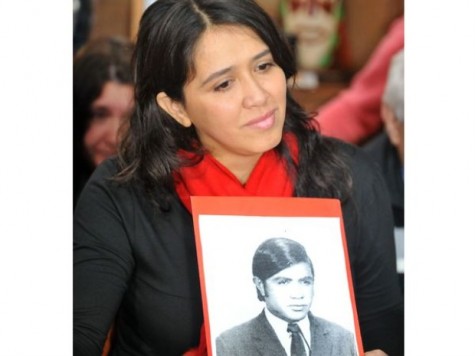 Inspiration doesn’t usually call ahead and schedule an appointment, it is a fickle beast and can sneak up at any given point and strike unexpectedly.  All that you can really do, is be open to the opportunity and grasp hold. Such is the case with songwriter and chanteuse Tamara Williamson and her track “Victoria”. As told to HAFILAX, Tamara was driving her son to school and happened to be listening to CBC Radio (The Current to be precise), and the horrific story about an Argentinian woman by the name of Victoria Montenegro drew Williamson in, and inspiration took hold.

This track simply titled “Victoria” is not simply a hauntingly beautiful recap of those horribly traumatic revelations, but one of strength and determination as it powerfully states “I Love My Mother. I Love My Father. I Love My Country, but Does It Love Me?”. It’s delicately powerful, it’s raw, stripped down and perfectly frank.  It’s not rife with faux saccharine and over production, instead it brims with emotion and inspiration. This is a wonderful example where an artist isn’t making something to be something, instead Williamson wrote a song that has the power to become something and affect the listener.

“Victoria” is the lead single from Williamson’s forthcoming album Sister Mother Daughter Wife (her first in four years).  This album will be a tapestry, built from the unique stories of individual women, each song focusing on an individual story.  Not only is Williamson sharing these wonderful stories, but the proceeds from the digital sales of her passion project will be donated to Amnesty International.