Wallets in the Halifax area are certainly lighter after the latest live music announcements for the next few months, a few of which have gone on sale already and promptly sold out, others of which will be on sale shortly.  The great thing is that the announcements that have been made, have a little something for everyone.
—– 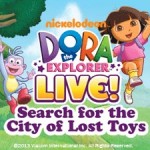 Kicking off our recap is one for the parents out there, and in turn their little ones, as Dora The Explorer Live! Search for the City of Lost Toys  makes its return to the Rebecca Cohn Auditorium on April 25th for shows at 1:00pm and 4:00pm. This is a show I can personally attest is a great time, especially for those (like my daughter) who are/were firmly in Dora’s target demo. The moment Dora, Map, Backpack and Swiper hit the stage, that awe which sets in is priceless.

TICKETS ARE ON SALE NOW – Tickets are $26.50 in advance and $31.50 day of show (including tax and CIF) and will be available at the Dalhousie Arts Centre box office, (902) 494-3820 and www.sonicconcerts.com. Additional fees may apply.  www.DoraLiveCanada.com
—– 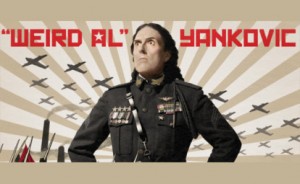 Word quickly spread when the announcement came down that Weird Al Yankovic was returning to Halifax with his Mandatory World Tour for a night (July 24th, 2015) in the Schooner Room at Casino Nova Scotia. Unfortunately as quickly as word spread that he was coming to town, tickets sold out the moment they were made available.
—–

Danko Jones also announced that they would be back in town on May 2nd to rock the Marquee Ballroom with their brand of energetic blues-rock.  This is the same stage where I first saw Danko Jones when they were touring their eponymous EP and riding the success of the hit single “Bounce”. The band has enjoyed playing with rock and metal legends all over Europe on a variety of festival stages and now are embarking on a cross-Canada tour.   This is one show I won’t be missing, as I missed their headlining set at last year’s New Glasgow Jamboree; if you dig balls out unapologetic rock n roll, this is the show for you.   The best part?  Tickets are a mere $18.00 after taxes and service fees.
—- 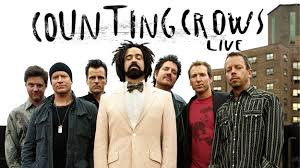 90’s throwback Counting Crows added a Halifax show onto their slate of tour dates, and Adam Duritz and Co. will be hitting the Scotiabank Centre stage on May 21st. Tickets are on sale February 6th at 10am.  Prices range from $59.50 all the way up to $255.00 for a VIP package.  This is a show getting a lot of buzz, and the added bonus of having HAFILAX favorites Twin Forks open up makes this an enticing ticket.  Get your tickets now so you can see the Counting Crows “‘Round Here”.
——

The biggest announcement of the week has to go to Journey being announced for the outdoor stage at Alderney Landing on July 31st.  Sounds like a great way to kick off the Natal Day Long Weekend with this Friday Night show.  Tickets are on sale February 27th and are $75.50 (plus applicable service fees).