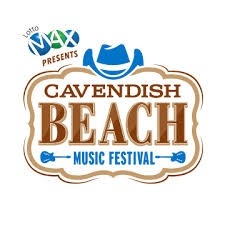 The organizers behind one of the biggest shows of the season had a tough decision to make today. The opening of the gates for Day 2 was initially pushed back to 1pm, then 2:30 and then again till’ 5pm. News began to trickle out that Blake Shelton and Darius Rucker would be unable to attend, due to weather and travel issues.

The high winds and rain which had been battering the Maritimes for most of Saturday had been bearing down on PEI (and Cavendish). Stage collapses have been an issue in recent years, especially when coupled with high winds and rain. In the interest of public safety, the show unfortunately had to be scrapped.

Single days tickets will be honored for Sunday’s lineup or people can see the CBMF website if they are looking to obtain a refund.

For those wondering, the Hypnotic Brass Ensemble feat. Yasmin Bey (aka Mos Def) show at Halifax Jazz Fest is still slated to go ahead at the Festival
Tent later this evening.