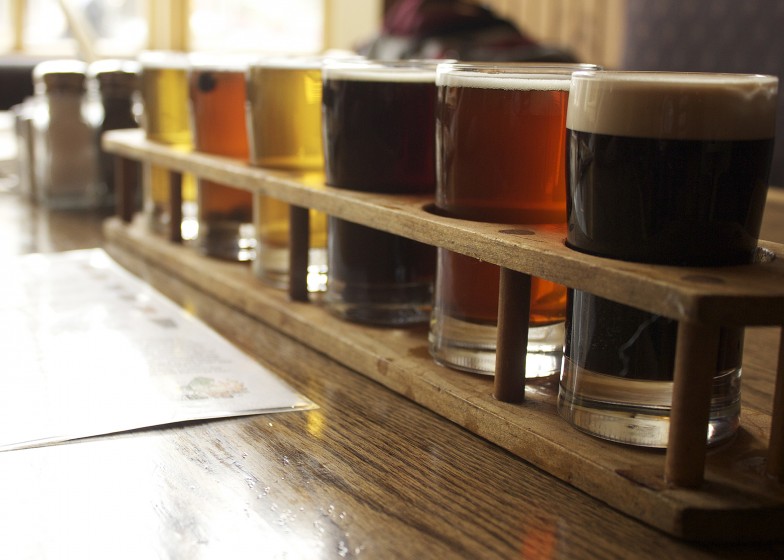 It probably isn’t a surprise that we are craft beer fans, especially Nova Scotian craft beer.  We’re also big fans of the Annapolis Valley and the Port Pub.  So when Halifax photographer, beer aficionado and tweeter Andrew @monochromegod offered to join us on one of our tours to help us with our photos, we thought what better to put on the agenda than Paddy’s Brew Pub, Port Pub and Sea Level Brewery. 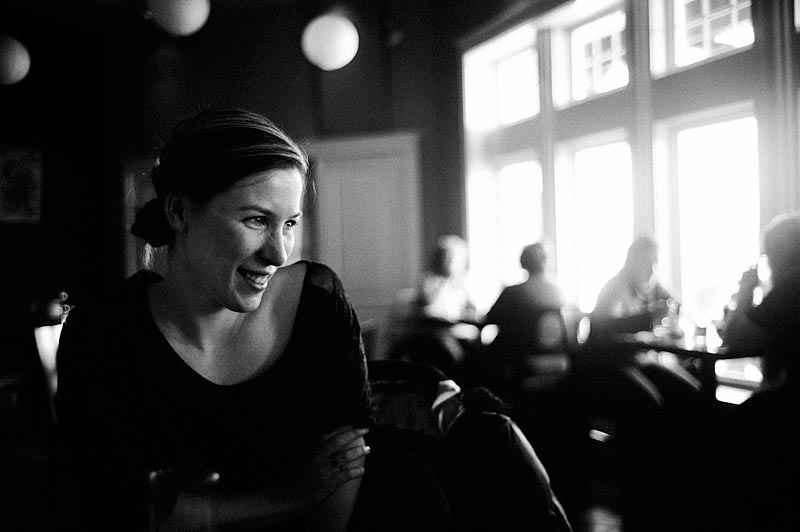 It should be noted that the three of us cover the full spectrum of beer tastes.  @GillianWesleyNS likes beer with some sweetness such as Garrison’s Raspberry Wheat and Rock Bottom’s Mangled.  @monochromegod likes bold beers (particularly highly-hopped IPAs), and enjoys getting to know brewers who really care about their brews and I’m a little more open to trying something from the full range. 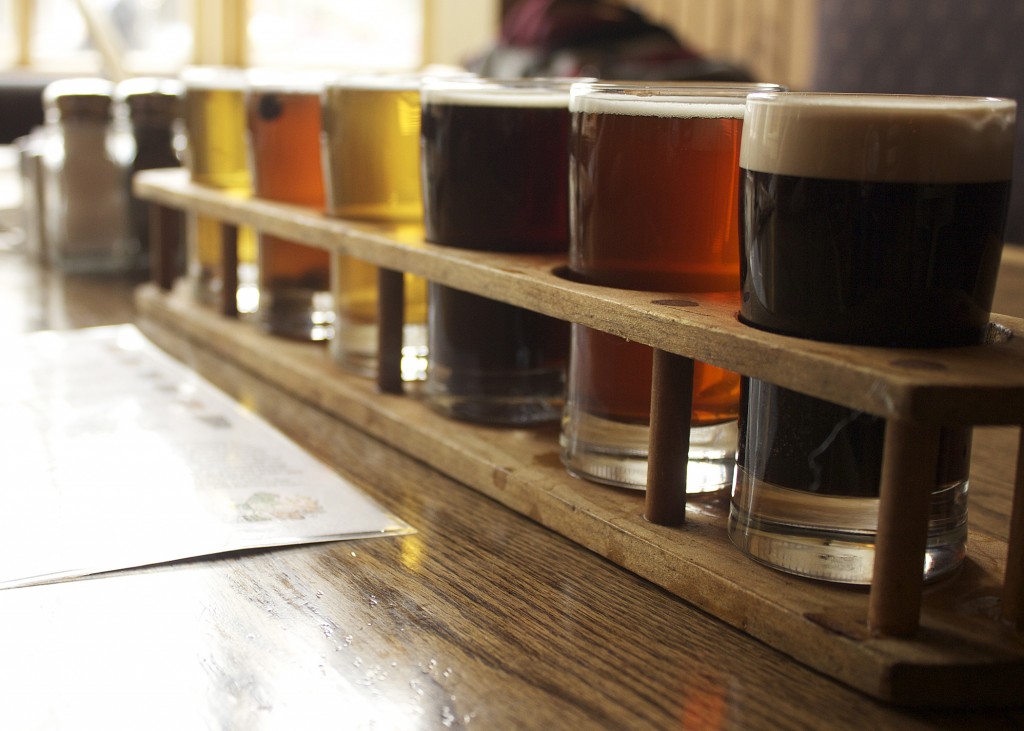 We started at Paddy’s (www.paddyspub.ca @Paddysbrew) with their sampler tray.  I’ve had it a few times so I let Andrew take the Annapolis Valley Ale and stout, while Gillian went for their Blueberry Ale.  That left me with the cream ale and the raven ale.  Definitely better than most beer you’ll find at the liquor store, but nothing that really stood out yet.  When a beer is advertised as being hoppy, it better be REALLY hoppy. 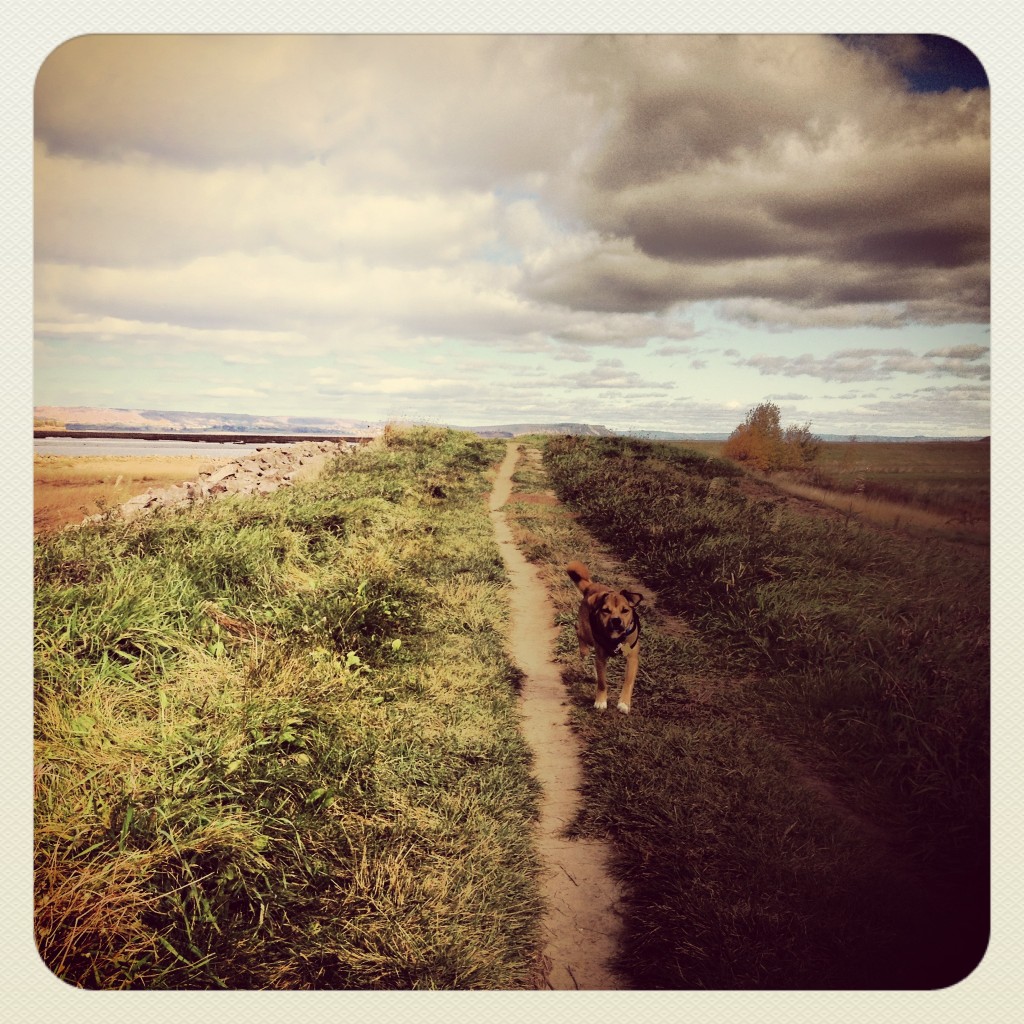 Pee break for Charlie along the Old Dyke Road in Wolfville

From there we headed to the Port Pub (www.theportpub.com @PortPub) for lunch.  Andrew is unabashedly demanding that restaurants be the best they can be, so I was interested to see how the Port Pub (one of our favourite restaurants in Nova Scotia) measured up for him. 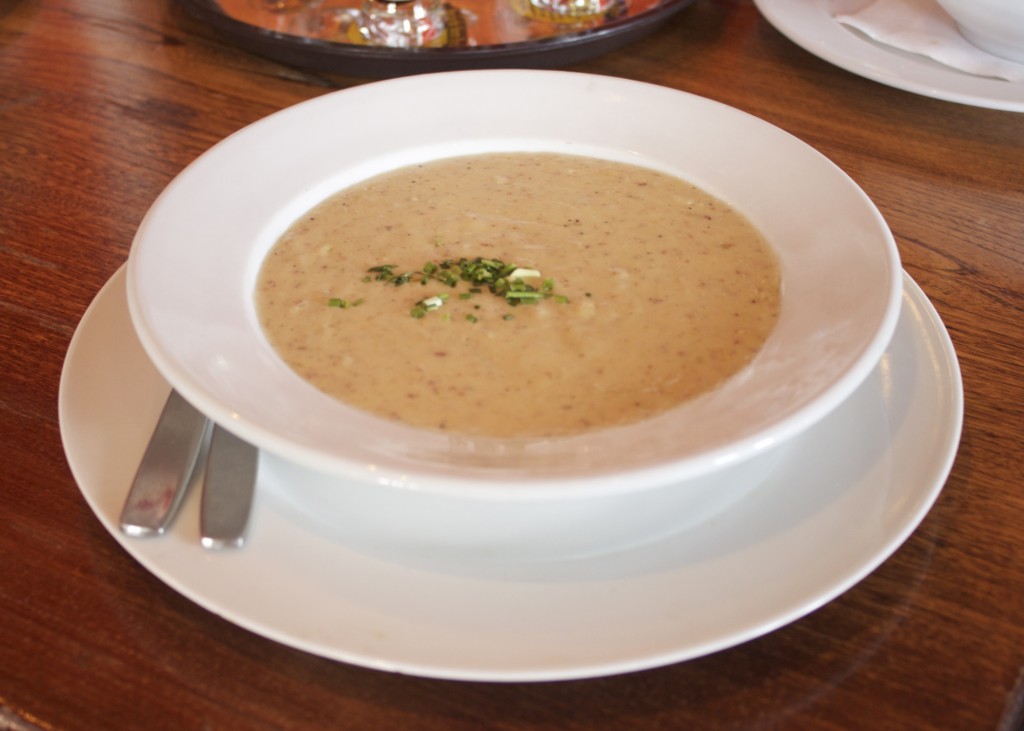 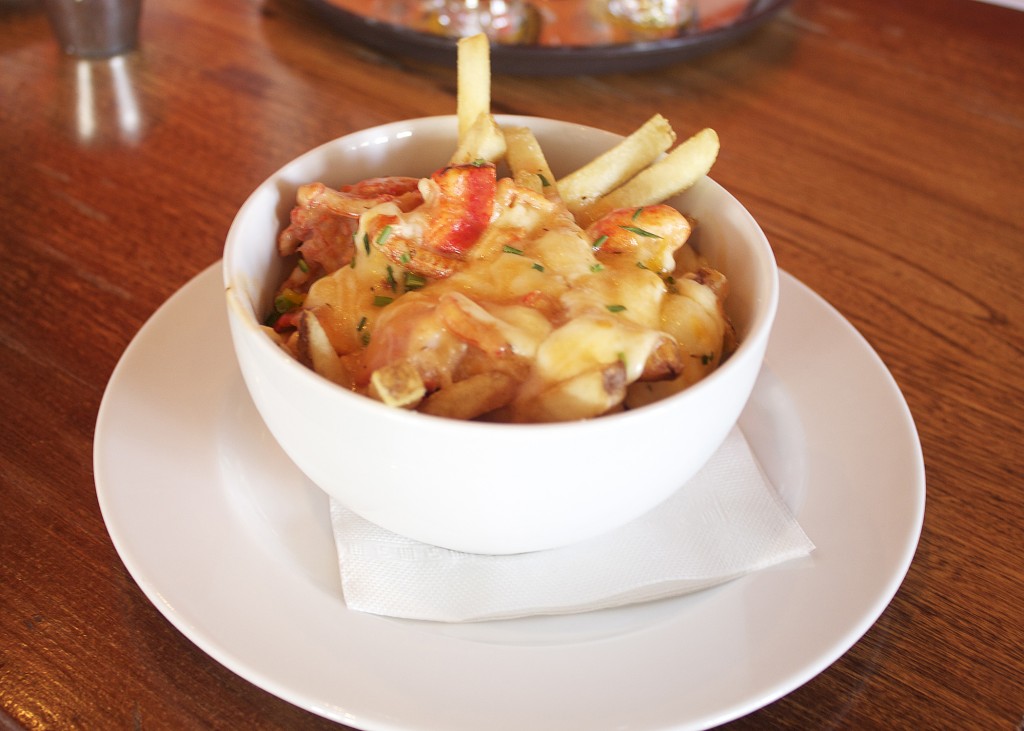 Gillian and I split their lobster poutine and their daily soup, which was leek and bacon.  Both were delicious and perfect autumn accompaniments to the Sea Level beer sampler (www.sealevelbrewing.com @SeaLevelBrewing).  Andrew went with the pulled pork sandwich.  We were pleased with how much he enjoyed it.  He’s not the kind of person who gives easy props, so the Port Pub can rest assured they’re doing something right with their pulled pork. 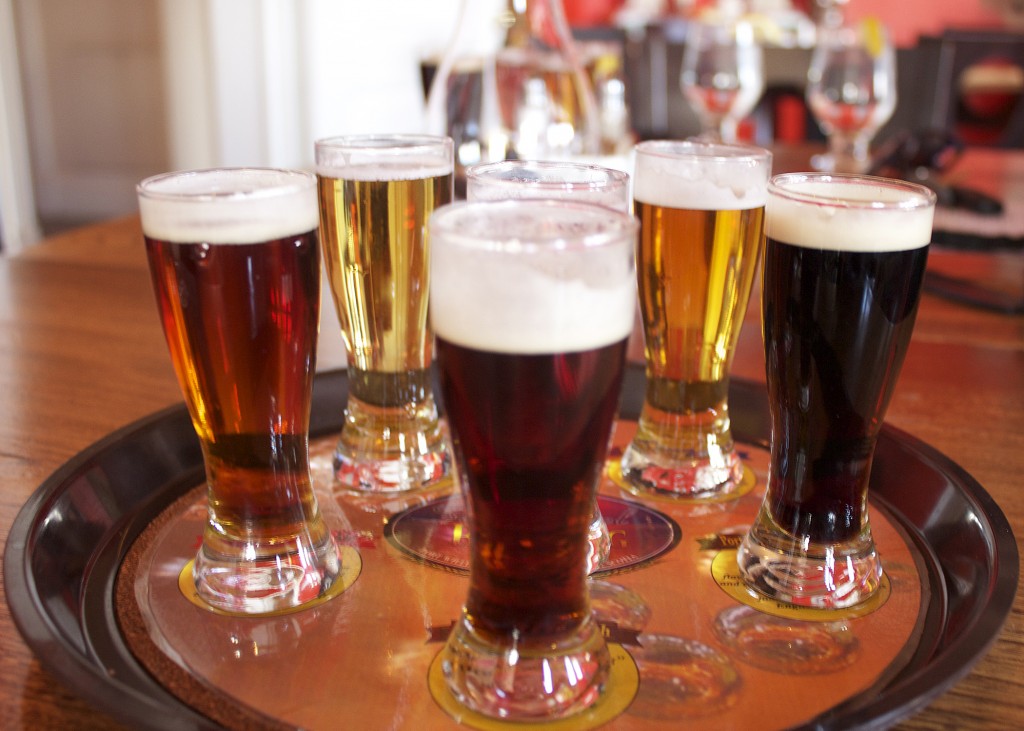 As for the beer, the Porter was definitely the stand out, enough that we went next door so I could get a growler of it.  While we were there, we went out back to talk craft beer with brewmaster Randy Lawrence.  Randy is an amiable guy who clearly enjoys meeting others who share his passion for good beer, very down to earth and not too shy to crack a joke. 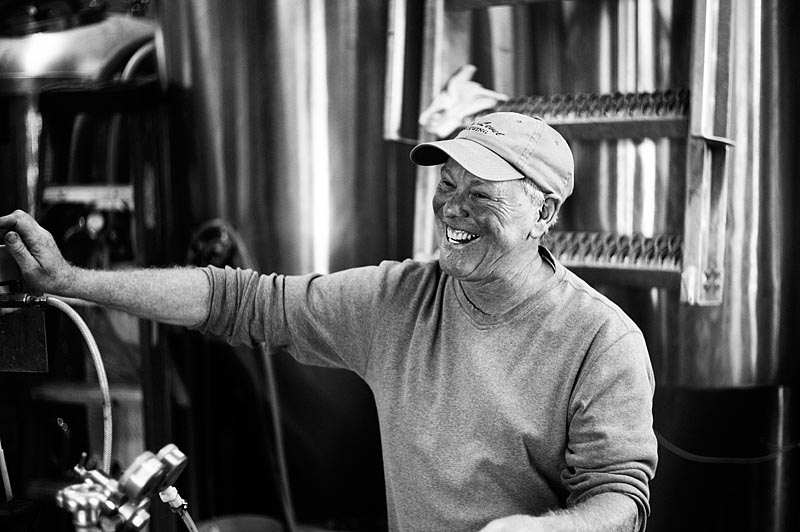 We asked about the possibility of him doing an IPA and were pleased when he told us they had a few bottles left of their Bitterdaze IPA, and sent us off with the last bottles.  At 6.5%, it’s a solid IPA, and even Gillian found it to her taste.  As Andrew remarked later on twitter, it might just be her gateway IPA!

Thanks again to @monochromegod.  You can check out more of his stunning portrait photography online at monochromegod.blogspot.com
We’re creating a #LocalWishlist: thelocaltravelerns.com/localwishlist