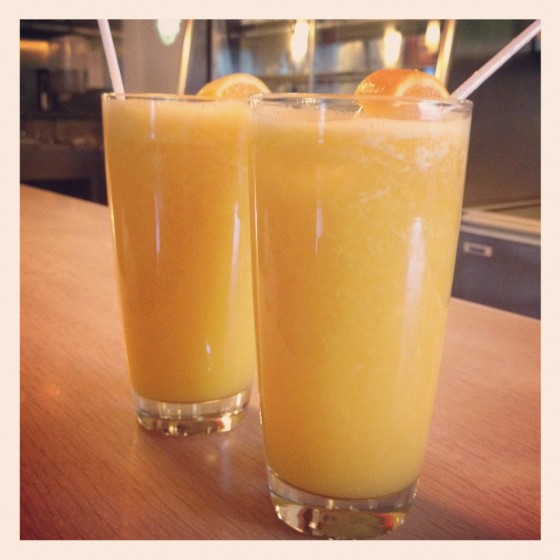 Since June, we and our friends have been trying to plan a dinner party.  Many dates have been thrown around but try as we might to plan in advance we could never all find a weekend we were all free.

Finally, with two days notice, we discovered we were all plan-less Saturday evening.  With little time to prepare, we put our faith in our favourite local vendors to help piece together our menu. We had an early start, kicking off the day with some fresh squeezed OJ from @Armview on our way to the Seaport Market. 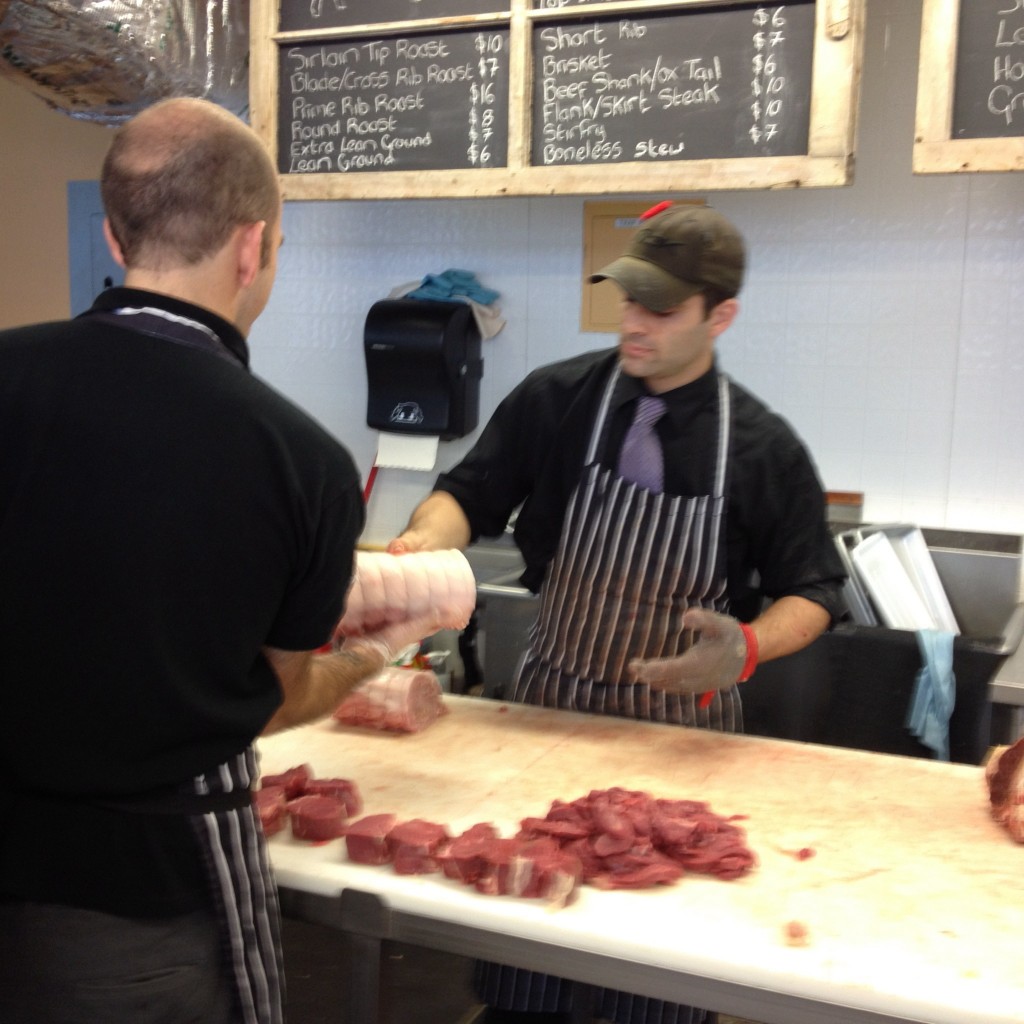 I tweeted @MeatMongers at 6:30 am the morning of our gathering asking for help.  With just a few quick messages back and forth they proposed a pork loin stuffed with apple rosemary sausage. We have never had a bad suggestion (or a bad cut of meat) from Meat Mongers so far, so we jumped on board.  Not only did they provide the suggestion, they had the whole thing assembled and ready to go when we arrived an hour later. 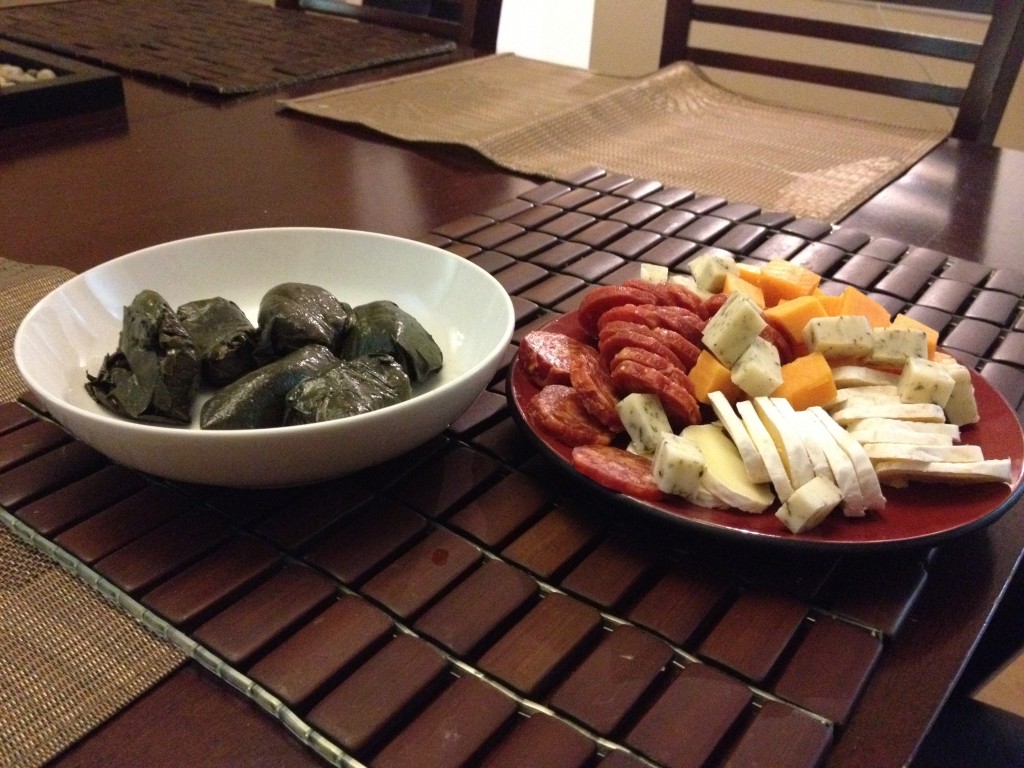 We built the rest of the menu around our main.  Starters were comprised of duck prosciutto and a baguette from @RatinaudHFX, herb and garlic gouda from @FoxhillCheese, an assortment of cheeses and grapeleaves from The European Pantry, as well as a delicious spread made of feta, peppers and olives.  The Ratinaud didn’t last long enough for a photo, but we did manage to get some quick shots of the rest. 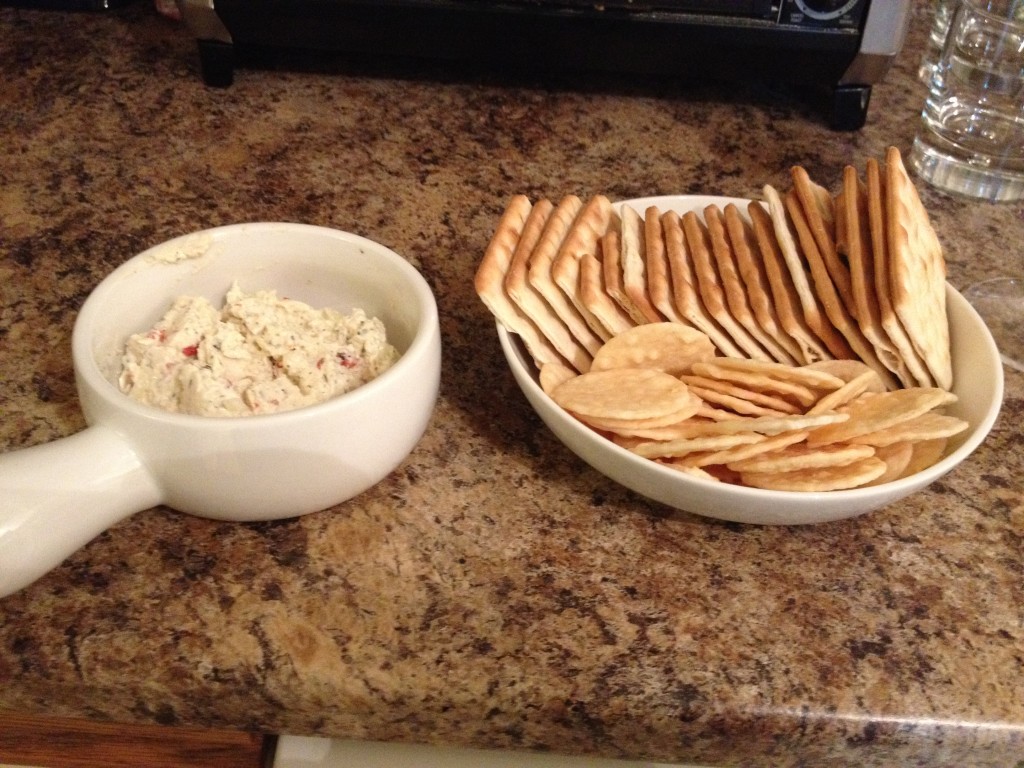 We caught up over apps and wine (@jostvineyards L’acadie Chardonnay and an assortment of @PropellerBeer), then sat down for the main feast.  We roasted veggies from @Elmsridge along with the roast.  The whole thing was delicious, particularly the meat cooked to melt in your mouth with just a little crisp perfection  (@DrewMooreNS is pretty handy in the kitchen). 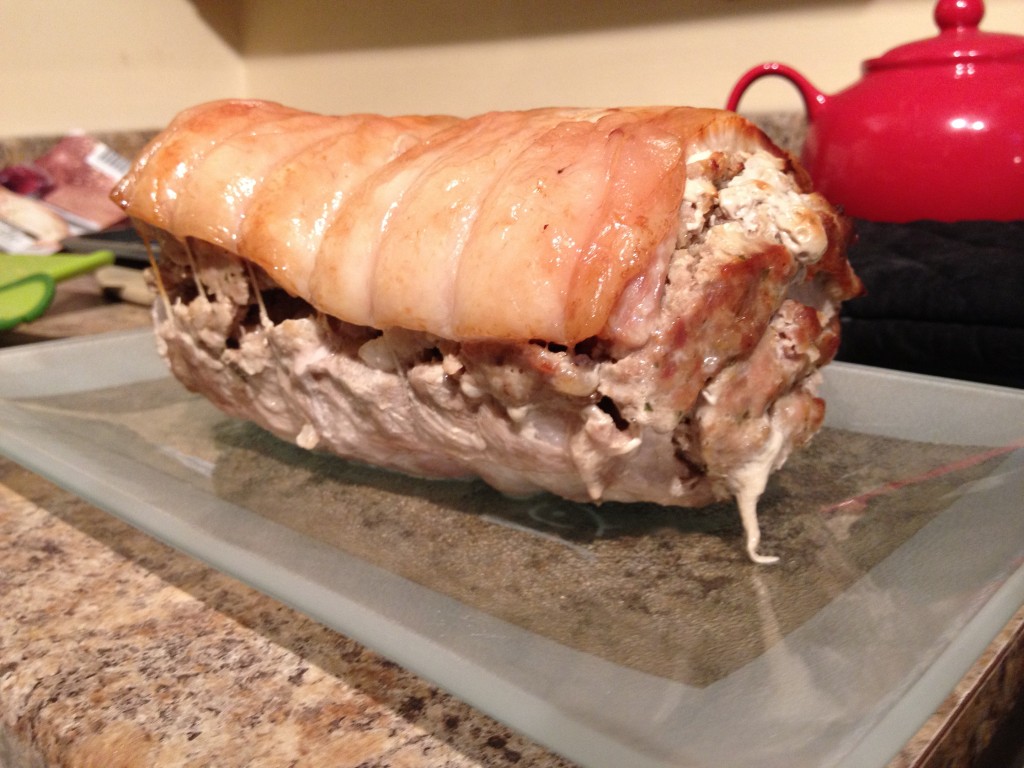 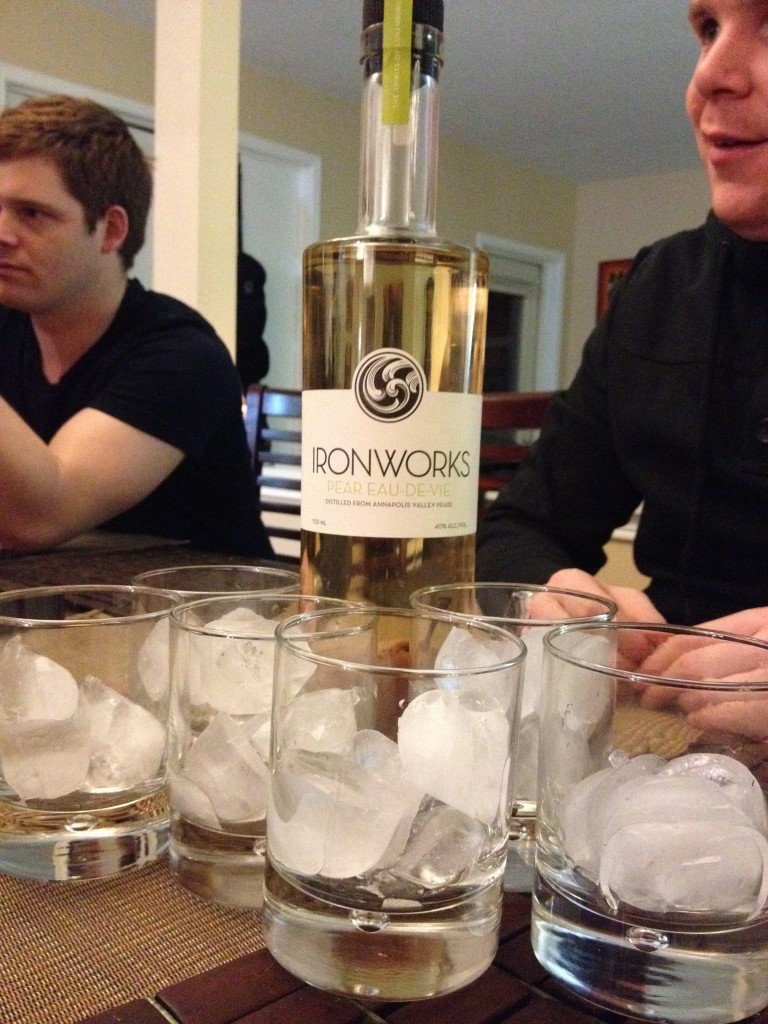 Dinner was followed with dessert, a homemade apple crisp made with apples from @NogginsCorner, and cocktails.  @JitterBugSodas had asked us to test drive some of their cocktail elixers, and we also had a bottle of Pear Eau De Vie from @Ironworks_NS.  If you haven’t seen this product before, it is a limited run where they actually grow a pear in the bottle. 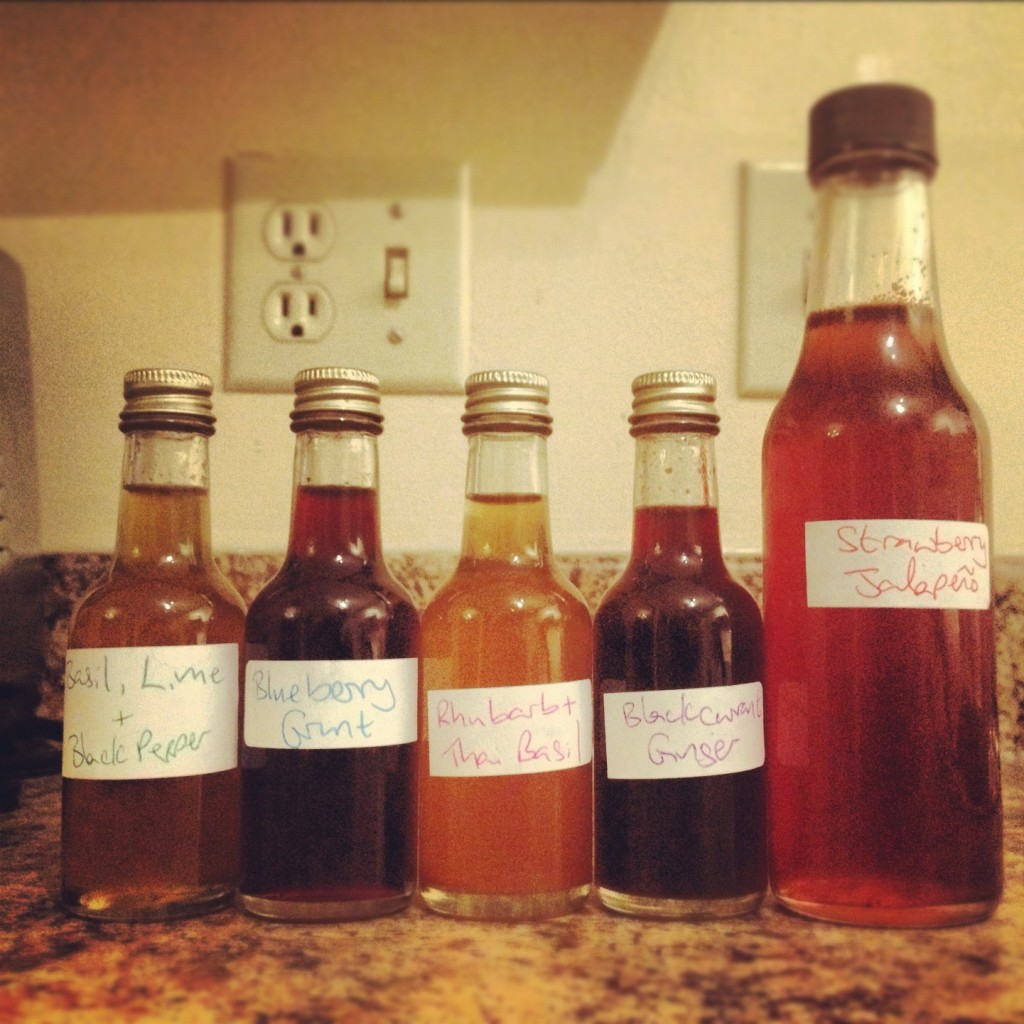 We tried it on its own with club soda to start, and then played with some of the elixers.  Our favourite of the group was the Strawberry Jalepeno.  We agreed that the pear vodka wasn’t the best base for the elixirs but on its own with just the club soda the pear flavour really came out.  We’re looking forward to revisiting the elixers with a bottle of PEI Straight Shine.

A great fall feast with friends!