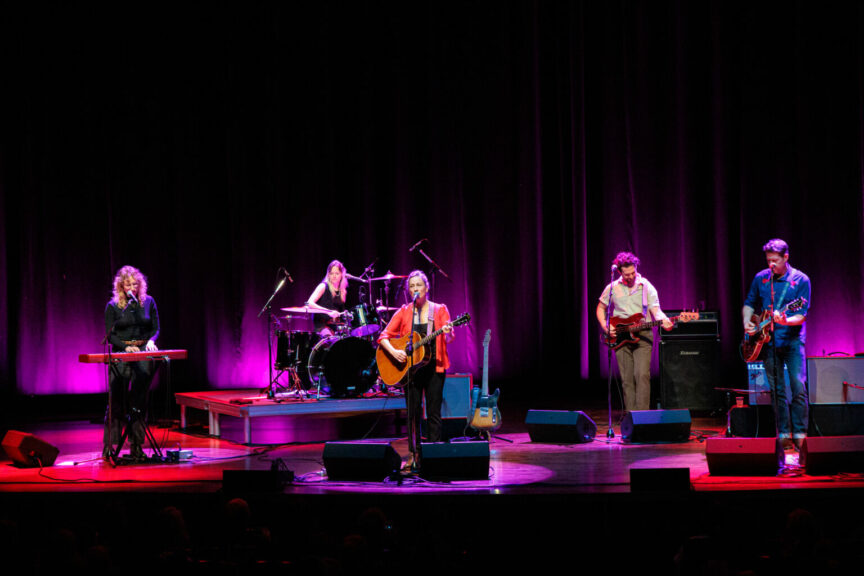 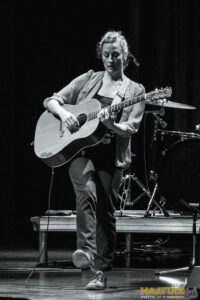 When you think back to 2020, it feels like a lifetime ago. People were only starting to quip about what was then known as the Coronavirus, while unbeknownst to us all that was about to upset our collective applecart for years to come. Back in January of 2020, Sarah Harmer was ready to drop her latest album Are You Gone, an album that would echo her debut album You Were Here and serve as a reintroduction of sorts. It had been a decade since her last album Oh Little Fire, and fans were clamouring for this new album. An added bonus was the subsequent tour that was announced for later that year, and Halifax was to play host in November. Unfortunately, the dominoes were starting to tip, and show cancellations were one of those many things left in the wake.

Fortunately, as the old proverb goes, “Good things come to those who wait”, and wait we did, as that initial November show was rescheduled for late March of 2022 before being scrubbed due to an uptick of the virus. Eventually, the March dates were re-slated for late September, and this time Harmer made the trek to Halifax, but Fiona played Lucy to Halifax’s Charlie Brown, as she yanked that football out from under us shortly before showtime. It was Fiona’s wrath that left many folks cleaning up and having to endure extended power outages, which led to the shows being cancelled once again. 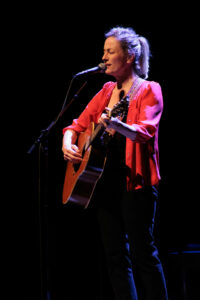 For a number of lucky fans, Harmer was already in town and she ended up playing a low-key impromptu show at the Marquee Ballroom.  Delivering a serious case of FOMO to more than a few, as the news rippled through local social media. The dates were eventually rescheduled for January of 2023, and I’m sure many of those in attendance were holding their collective breath until they actually saw Sarah walk on stage.

Saturday night was the de facto tour closer, as these were the remaining hold-over dates from the tour that was booked to take place 3 long years ago.  It was never more evident that the wait was worth it, seeing the packed foyer of the Rebecca Cohn as folks streamed into the auditorium ready to welcome Sarah back to Halifax. When the lights finally dimmed, the room was treated to a solo Harmer playing a couple of cuts from 2004’s All Of Our Names (“Tether”, “Pendulums”) before her wildly talented band joined her.  A band that is composed of her former Weeping Tile bandmate Gord Tough, talented multi-instrumentalist and singer Kelly McMichael, drummer Dani Nash (who will return to Halifax later this year with her bandmates in July Talk), and bassist Zach Bines.

The night was structured in such a way, as the opening set was a quiet affair loaded with beautiful breezy numbers that sparkled like a clear spring evening.  After the hiatus that was endured for the past 3 years (and 10 years prior to that initial announcement), these 10 songs whipped by in the blink of an eye. The crowd was treated to a 15-minute intermission, and when everyone returned to their seats, Sarah and her band returned to the stage and got into the “rockier” set of the night. 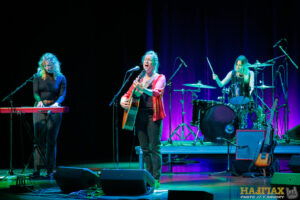 After a couple of songs into the second set of the evening, Harmer quipped about taking requests as this would be the last show the band would be performing for the foreseeable future. It wasn’t entirely clear if she was speaking rhetorically or not, but the floodgates were open and folks started throwing out song titles such as “Don’t Get Your Back Up”, “Basement Apartment”, “Little Frogs” (which was played during the opening set), “Oleander”, and “Lodestar”. After treating the crowd to the opening track from Are You Gone, “St. Peter’s Bay”, they ripped into a pair of back-to-back requests in “Dandelions in Bullet Holes” and a heavily country-tinged “Oleander”.

One of the highlights of the night was hearing “The Hideout”, a deeper cut from 2000’s You Were Here, and from here the set featured other notable gems such as “Don’t Get Your Back Up” (which Harmer explained was a number that she would perform when she got her first opportunity to sing lead vocals for the band The Saddletramps), and another cut from You Were Here in “Uniform Grey”.  With all good things, the curtain must fall, and Sarah Harmer and her band headed off stage to a standing ovation. At this point in the evening, the set had been jam-packed with gems and deeper cuts, but there were still a couple of glaring omissions. 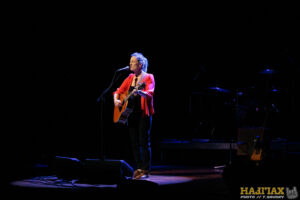 In the same way the night began, Sarah Harmer walked to the mic stand with her guitar and treated the room of eager attendants to a cover of the heartbreaking Weeping Tile song “Dogs and Thunder”, which one can only imagine is a tribute to a beloved canine companion. The band rejoined Harmer for the fan favourites “Basement Apartment” and “Lodestar”, a pair of tracks from Sarah’s beloved 2000 debut album. Then for one last time, the audience gave Harmer and her band one final ovation before the house lights were raised. 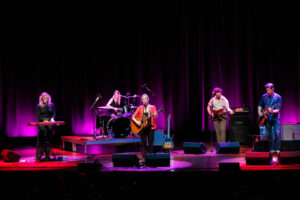 We all have those experiences in the hallways of our lives, that touch us in such an imperceivable manner. The indelibility of the moment will forever remain, and that is the case of my first time seeing Sarah Harmer in this very room a number of years prior. Hearing her delicate shimmering vocal on “Basement Apartment” still echoes within me, having heard it here so long ago. Let’s just hope that we don’t need to wait another decade for the next album, and supporting tour. This was another special night within the Dal Arts Centre. 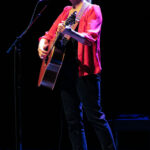 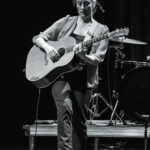 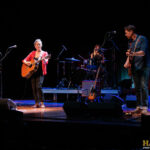 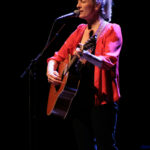 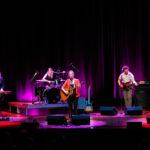 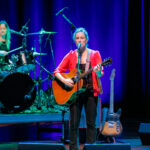 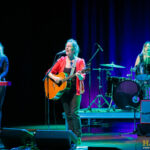 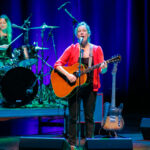 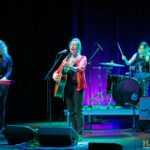 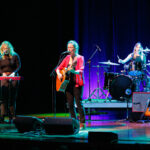