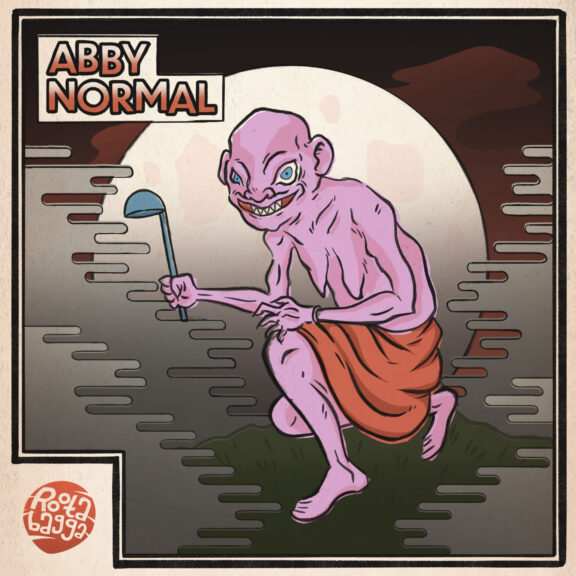 Welcome to the world of Rootabagga, where the unorthodox is celebrated. Halifax’s only fan-dubbed “wiggle rock” band released their debut album ‘Abby Normal’ on July 18th. But don’t let the title confuse you: ‘Abby Normal’ is anything but ordinary. It blends hardcore and carnival music with moments of funk, metal, pop, and emo. The vocals bounce between low crooning and harsh, hardcore screams — but don’t be surprised by the occasional falsetto. If you’re searching for a new sound, plug in your headphones and open your mind.

The album starts with ‘Save Your Progress’, a twisted circus fantasy. Like Frankenstein’s monster awakening on the laboratory table, you find yourself thrust into a world of new sounds and perspectives. The opening lyrics to the album, “I’ve been pinned down by the blues/ forced to wear what I outgrew/ Retire that excuse, rewire, renew”, embody many themes included in the album. Our narrator shares thoughts of mental illness, struggling to feel accepted, and a wanting to break free — something many of us can relate to.

The second track, ‘Gloop’, highlights Rootabagga’s goofy side. The music is reminiscent of a Megaman boss battle, while the lyrics bring to mind Dance Gavin Dance’s use of cartoony language. Lyrics such as: “When you’re itching to fly the coop/ pull the rope to release the gloop/ give the cue then we’re in for a treat/ I’ll pack a lunch if you’re packing heat” stand out on the album, because they’re fun to interpret and visualize.

The album has two shorter tracks, ‘Mt. Rugged’ at 1 min 20 secs long, and ‘Bungee Chord’ at 1 min 9 secs. ‘Mt. Rugged’ has a heavy hardcore influence. The vocals are exclusively harsh with the exception of a softer verse. ‘Bungee Chord’ however, is dancy and fun. You’ll find your head bobbing up and down with the kick drum and wishing the song was longer.

‘Butcher’ sends you straight into a carnival-themed horror movie nightmare — the good kind. Its shiny synth creates the image of blinding circus lights, and the intimidating second person perspective of the lyrics, a decaying ring master’s grimace. The song builds dynamically and cinematically, with the small instrumental moments leaving space to paint an eerily creepy picture.

Rootabagga’s first single ‘Carousel Quarter Horse’ makes you want to move with its groovy bass line, while its chorus brings the rush of a house-of-mirrors horror movie chase. The narrator tells us: “My back is aching and I could use some rest/ A well-constructed show might make you second guess/ The melody grows stale but carries on the same/ Nobody bats an eye, to them it’s all a game”, as well as singing “round and round and round and round” in falsetto during the chorus. Rootabagga turns the childhood thrill of merry-go-rounds into a metaphor for the monotony of life.

‘Night Nurse’ is a sentimental song full of charm. “Can we keep the closed captions on?/ I can hear, but I fear I’m hearing wrong” are the sole lyrics repeated throughout the tune. It serves as a perfect palette cleanser after the previous “circus punk” tracks. The song melts into a psychedelic mantra before leaving you with soft, catchy whistling. Trust me: you’ll be singing this tune for days.

‘Kneecap Soup’ bids us farewell. It echoes lyrics and emotions from previous tracks and sums up our narrator’s journey while showing growth. In ‘Gloop’ he told us he wanted to fly the coop, but now opens with “the coop’s been flown”. Our narrator’s final words: “think it’s time to keep all of my cards close to my chest/ I just can’t relax”, as if to pull back after having an overflow of emotion. These lyrics turn the table onto the listener. As the music drifts off and the room fills with silence once more, you are in turn welcomed to relate and share in the narrator’s experiences. The song also influenced the album artwork. A soup ladle is clutched in the hands of Abby Normal, the kneecap soup monster herself.

Overall, ‘Abby Normal’ is a fun, weird, creative album. At only 20 mins long, you’ll emerge on the other side of the looking glass craving to return. Written as a solo project by Nick Piovesan, Rootabagga’s goal is to present every part of himself musically to the world. Piovesan definitely let his influences and personality shine through in ‘Abby Normal’.