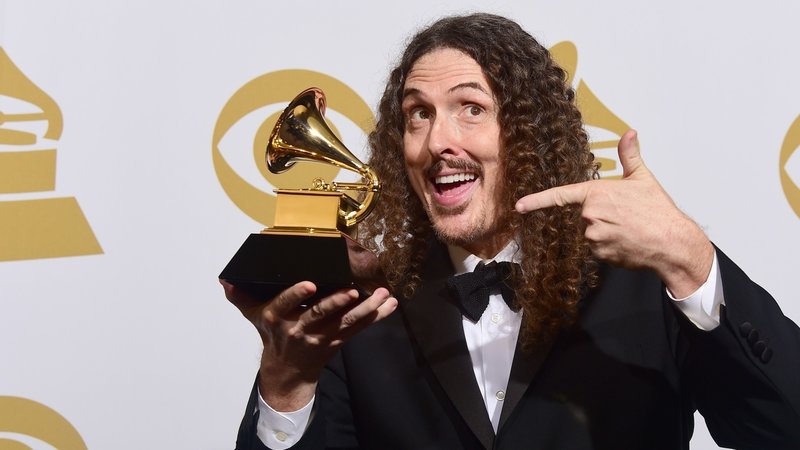 If you were to ask just about anyone who has listened to music in the last 30+ years if they knew the name “Weird Al”, you would be awfully hard pressed to find someone who was oblivious to the king of comedy music. He has parodied some of the greatest songs ever created, as well as released some of the funniest original material to ever exist.

Similar to the debate of “Who’s your Batman?”, it all depends on the era that you grew up with this magician. From his 1983 self-titled album to his most recent Grammy Award-winning 2014 album Mandatory Fun, there is something hilarious and relatable in some, if not all, of his pieces of work. Rap/Rock/Country/Indie/Industrial/R&B/and of course Polka are all covered in his 14+ albums of absolute solid gold.

My cohort Jeff MacEachern, his brother Grant, fellow “Weird Al”-coholic Patrick Gordon and I went through every one of the artist’s 200+ songs, and narrowed it down to the top 64. In this battle of the best we’ve taken into consideration parodies, originals, polkas, cultural impact, and composition, to try and be fair and impartial. We graded them ourselves, then cross referenced with each other to determine seeds.

We know most everyone knows the major hits such as “Amish Paradise,” “Fat,” and “Smells Like Nirvana”, but it’s highly recommended to dig into other songs. There’s a reason some originals are ranked so high. Take for example the absolutely EPIC “Albuquerque”, the story of a small boy who’s mother would only feed him sauerkraut every day for breakfast, and his story of how he made it to the world famous Albuquerque Holiday Inn (where the pillows are oh so fluffy!). Or how about “Melanie,” the heartbreaking story of a lover who can’t understand why Melanie won’t go out with him, in spite of his romantic gestures, such as shaving a mohawk in her cat, or tattooing her name across his forehead. Or “Hardware Store”, which contains arguably the greatest breakdown in any song that has ever existed, (Eminem, eat your heart out.)

All I’m saying here is that, during this global pandemic, it’s worth taking the time to do some research and not just vote for things you’ve heard before. You might love “Girls Just Want To Have Lunch” but don’t discredit “Waffle King” right off the bat.

Check out @mitchcuzner_ on Instagram, and keep up with his IG Stories for voting!

Like A Surgeon, Why Does This Always Happen To Me, Another One Rides The Bus, Hardware Store

Melanie, Your Horoscope For Today, Lasagna, Dare To Be Stupid

Handy, Ode To A Superhero, Trapped In The Drive-Thru, I Remember Larry

Polka Power, One More Minute, Living With A Hernia, All About The Pentiums

I Was Only Kidding, Foil, Beverly Hillbillies, My Bologna

Trigger Happy, Polka Your Eyes Out, Brady Bunch, Party In The CIA

I Lost On Jeopardy, Confessions Pt. III, Livin’ In The Fridge, Waffle King 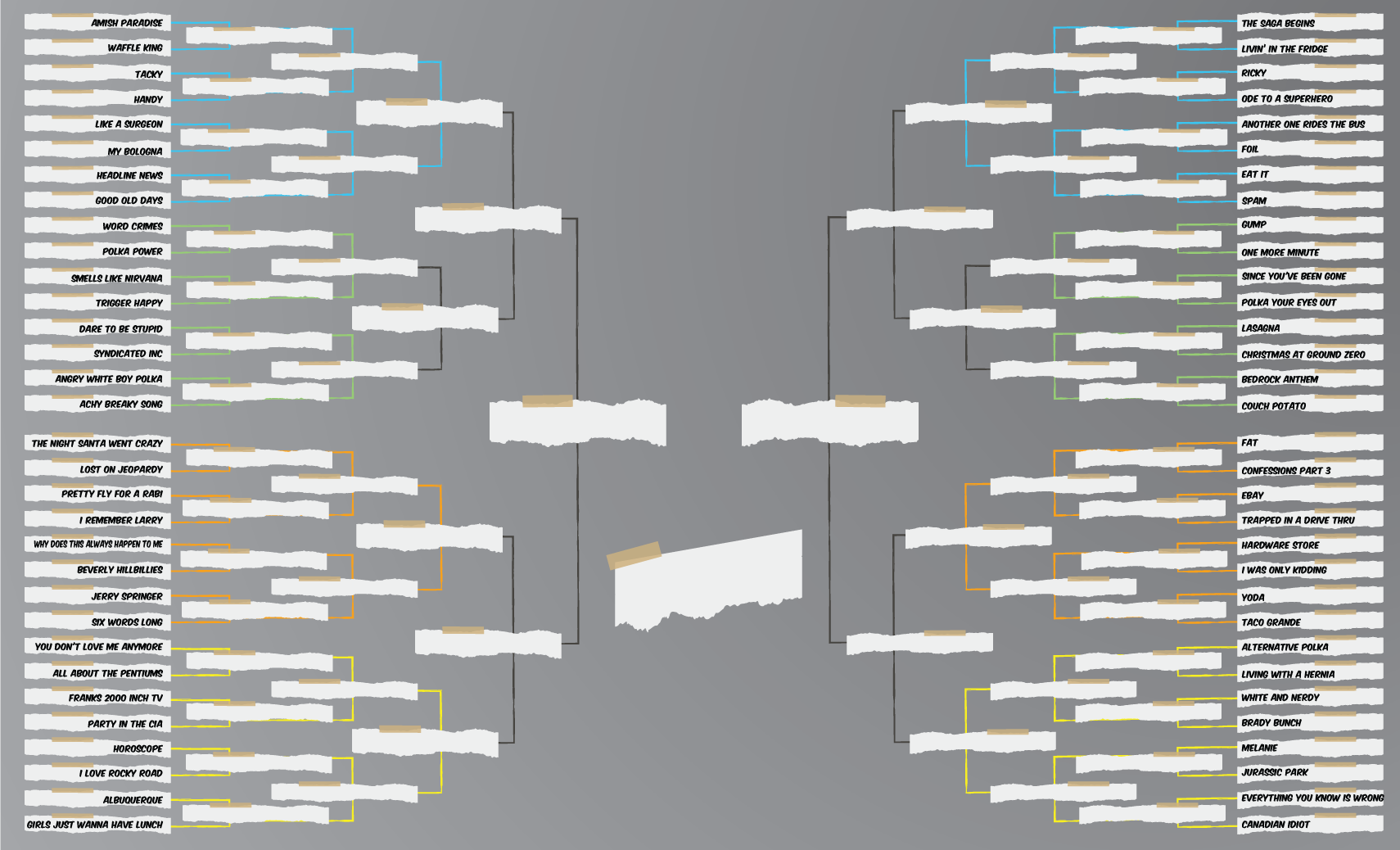