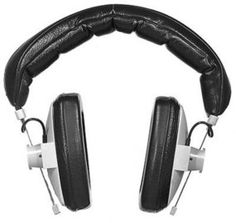 We’re back with some hot tracks from some of our local favourites to brighten up this dreary Wednesday afternoon. Without further ado, let’s get into it!

Gabrielle Papillon – “Shout It Out”

We’ve never been shy about our adoration of Gabrielle Papillon’s work, and her recent single “Shout It Out” immediately caught our ears in the same way as her past work. It’s a track that is bright, shimmery and proud. Press play and crank the volume on this synthy jam!

The artist formerly known as Natalie Lynn has evolved into Loviet, a new moniker for a new pop-infused rock sound. If you’ve been fortunate to catch Natalie’s past performances, you will know that this was a natural transition, and if you were a fan before, you are going to adore the next chapter in this talented performer’s journey.

The lead single from T’s newly released eponymous album showcases an artist who has shifted away from a driving rock sound, to incorporate more pop and electronic elements into his music. After the massive success of his single “Hope”, “Birdsong” is as honest and raw as songs go, telling his story of shedding his former identity and evolving into the being that we see before us today. On Thursday evening, T will be showcasing songs from that new album at the Bus Stop Theatre here in Halifax.

Later this month, Sorrey will be dropping their latest full-length album In Bloom. Ahead of that release, the band has released “Signs”, a dreamy and surreal video which accompanies this equally dreamy slice of shoe-gaze indie pop music. While this track dropped in late August, it would be one of those songs that’s perfect for a road-trip soundtrack.

While he’s been a long time stalwart of the Halifax hip-hop scene, Tachichi left a lot of jaws hanging during the 2019 Hopscotch headlining show. Not many of the kids in the crowd were familiar, and the moment the bars started dropping, you heard the jaws following suit. When I first saw this Hali emcee a while back, I was in the exact same boat, as Tachichi is an old-school emcee who relies on a silver tongue and a vicious vocabulary, not some auto-tuned bullshit. Check out his album Top Ten, which dropped earlier this year.

This is nothing if not one of the biggest jams of the year! Aquakulture absolutely crush it on their latest single “I Doubt It”, as it fuses funk, hip-hop, and soul into a fantastic, modern track with its roots firmly reaching back into the past. Uplifting, positive, and just a pure ray of sunshine for your ears. Do yourself a favour and put this track on, you will not regret it.