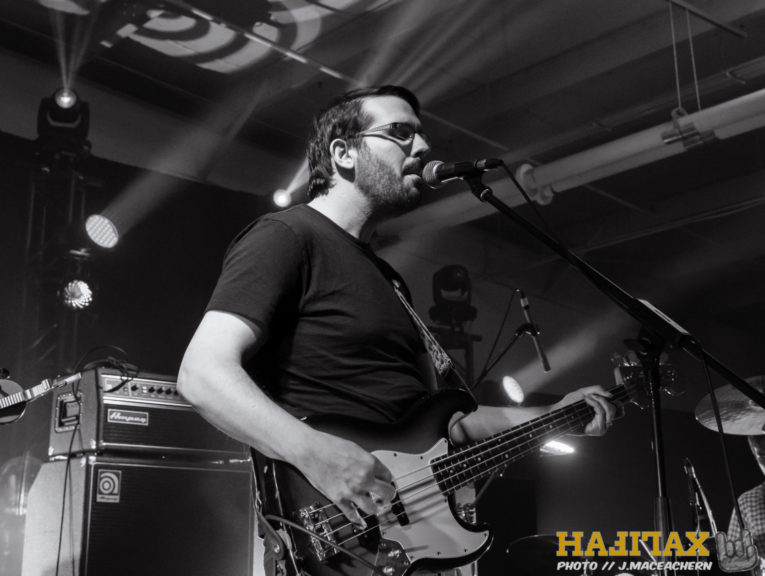 On a good day, the music industry can be as fickle as the world we live in. One minute you’re riding high, and with the snap of a finger, you could be digging yourself out of a gutter. Most of the time there is no real explanation, other than that’s the business. But this is also what can make the scene so exciting: the unknown.

Luckily for me, most of the people that I’ve had the pleasure to meet in this industry are complete music junkies. I know that eight out of ten nights I’m going to find musician A, B, C, D and E, or any combination, floating around The Seahorse or milling about at the Local. It doesn’t matter if it’s a punk band ripping the stage apart or a troupe of country artists partaking in a full blown hoedown, these mainstays will be there. We don’t need to name those people because they do all of this for the love of the scene. They bleed music and do not require the pomp and circumstance that comes with being known.

Now this is not to say that they wouldn’t take the opportunity at becoming a face that the masses recognize. How silly would it be for an artist to want to “make it” yet still remain unknown. The idea is almost perplexing, and no matter what some might say, you have to have a little bit of an ego to be a performer. You have to have a confidence that will propel you ahead of everyone around you. This is what separates those who play in their living room and those who play for others. (Speaking in general terms. We won’t go into talent vs no talent, right time and place or any other situation you want to bring up.)

But let’s not apply these thoughts to just musicians. The same could be said for everyone else in the industry. The people who book the bands, the promoters, the crew who do the lights and sound, the volunteers at all of your favourite festivals, the people who write about the scene, and the people you hear every day through a speaker. Each one of these individuals, at some point in their lives, felt a deep desire to become involved with the music scene on some level. Most of these people hang around for a few years and eventually succumb to the pressures of “growing up” (and you know what I mean by that), while others become habitual mainstays. They help to shape and define generations of music, right in front of our very eyes. These are the people we take for granted. These are the ones we assume and expect will always be there to right the ship, in the event things float off course. These are the people we’ll speak about when we discuss the music scene with our children. But everything changes, people grow, and after 19 years of Big Brother, we should all know to expect the unexpected.

This afternoon, after a ten year run, an award winning radio host decided to step away from the mic and shift in a new direction. On Tuesday, October 1st, Trevor Murphy, the host of Halifax Is Burning on CKDU, will broadcast one last time before he closes this chapter of his musical life. It was an announcement that was met with shock and sadness, in the most bittersweet sense imaginable, and should be considered a big loss for the scene.

Halifax Is Burning was a home for those artists who didn’t fit in with traditional radio programming; it was a voice for those who were quieted by the mainstream media. It was a space where the indie kids and local bands could be heard, but most of all it was a place to discover the unknown.

And that is what hurts the most. We knew where to head, every Tuesday night, to find artists we couldn’t find on the front page of Spotify or Apple Music. We grew with Trevor over the years, and we came to love and trust what he did with Halifax Is Burning. He became the hero that we wanted and the one that we needed.

For that I say thank you.

You’ve had a profound impact on the local scene here in Halifax, in more ways than you may know, and we all look forward to following along with your next adventure.