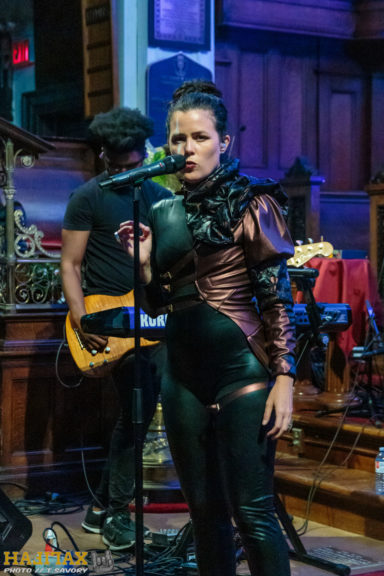 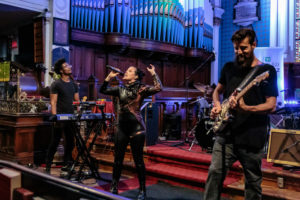 As a concert photographer, you find yourself in a variety of venues both big and small. There will always be a core group of these rooms which you haunt on a regular basis. Some potentially forgettable moment marked the first time you set foot in a particular venue, but those moments become fewer and fewer.  However, to mark the last day of the 2019 edition of the Halifax Jazz Festival, I set foot in St. Paul’s Church for the very first time, to catch Iskwē’s recent Halifax stop.

While this is a building that I have walked past countless times over the years, it was a treat to enter this house of worship for the first time. It certainly felt like a scaled-down version of St. Matt’s upon entering, but here there were several posted warnings about the volume levels that would be reached during Iskwē’s performance, and ear plugs for those who didn’t come prepared. 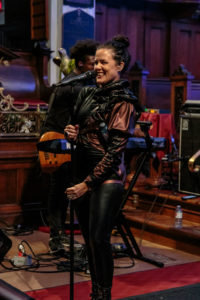 Personally, this was the show on the Jazz Fest schedule I was most excited for, after having caught her last stop in Halifax down the street at the Carleton. On that bitterly cold evening in late 2017, Iskwē had only brought along a keyboardist for accompaniment. It was a performance that was certainly more synth pop-leaning, with definite indigenous influences woven throughout the electronic backdrop. Here in St. Paul’s Church, there had been a clear evolution in Iskwē’s sound, as her vocals carried far more soul and gravitas than I remembered from that night in the Carleton. In addition to a more soulful, resonant sound, Iskwē brought with her a 3-piece band with keys (Johannes Clark), guitar (Alex Mack) and drums (Nicholas Coultas-Clarke), which added a definite shift into an edgier rock sound. 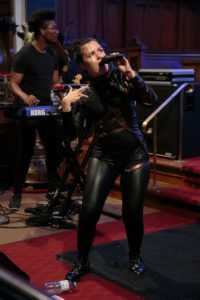 When I walked into the room for my first Iskwē performance, I was unprepared for the intensity and passion that she brought to the stage. On the last night of Jazz Fest in that historic church, that intensity was even more palpably passionate and pointed. For an artist that comes from a Cree/Irish background, Iskwē has found a voice among her Indigenous community, and is using her platform to craft infectious songs that serve as a voice for the voiceless. The songs that Iskwé performs may have an upbeat exterior, but the moment you dive into the lyrics and subject matter, you can hear the depth and heartache that lie within. Songs such as “Soldier”, which celebrate those who are taking a stand in an effort to conserve the waters and lands for all, or the heartbreaking “Nobody Knows”, which was dedicated to all of those missing and murdered indigenous women. 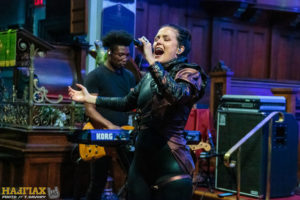 Many of the songs that were performed on this evening bear a certain emotional weight, but not all are necessarily dour. There are songs such as “Little Star”, that tells a story of two lives which are tragically cut short. In the aftermath, justice is sought for their killers, but ultimately the system fails both Tina Fontaine and Colten Boushie, and their killers are found not guilty. Instead of this being the end of the story, there is hope and optimism that a path working towards reconciliation can be obtained, guided by these little stars. It’s a song with a dynamism that was compounded by the inner sanctum of St. Paul’s. 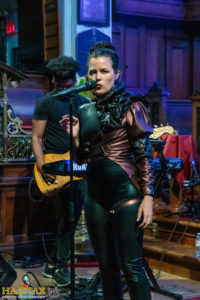 As heavy as the material was, there was this jovial air about Iskwē.  The performance took part largely at the pulpit, but she quipped that having married her wife at a counter, this would be her only opportunity to walk down the aisle. She took advantage of the opportunity at points throughout her performance, to stroll up and down the aisle providing those at the back of the room a better vantage point. She also used the opportunity to instruct the congregation on how to sing the choral portion of “The Unforgotten”, which in English is Help the People but in Ojibwe is Wii do kaaw way Anishinaabe. It was a nod to the CBC Canadian Music Class Challenge in which a class from Kitchener-Waterloo selected “The Unforgotten” to perform and record for CBC Music.

It was a performance that was jarring in the best way possible, having left an indelible mark on those in attendance. The unflinching confidence of Iskwē, and the message that she is delivering about the injustices that the indigenous people of this country have suffered, and the path forward, is inspiring, and this early evening performance was special. There was no veneer or sheen to hide behind; Iskwē commanded that room and held the entire congregation rapt. As she is preparing her new EP for a November release, you can be assured that is only the beginning, and we’ll be hearing more from her in the weeks and months to come. If you have the opportunity to catch her next Halifax stop, don’t hesitate: it is well worth your time. 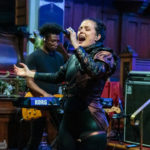 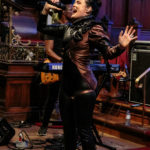 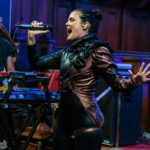 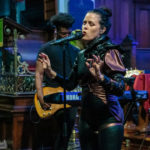 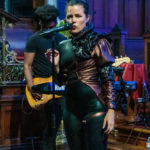 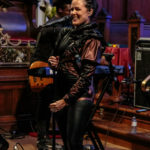 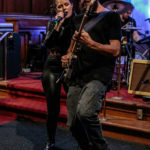 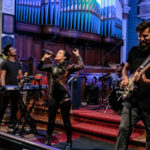 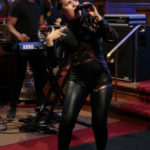 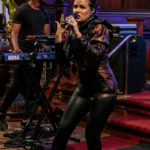 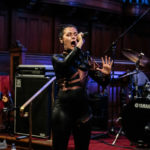 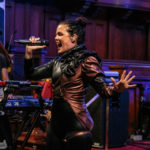