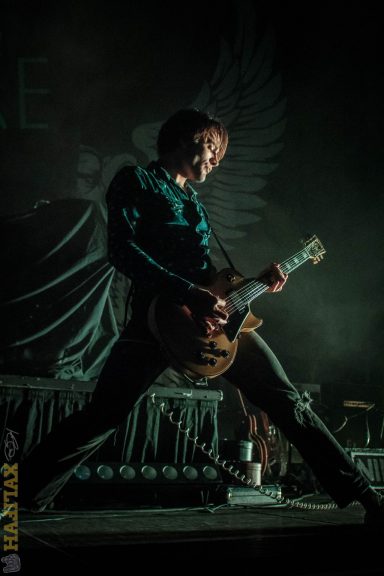 Well hello there, somehow we’ve managed to survive the lion’s share of 2018 and we’re getting into Christmas/Year-End List season, but this edition of the Midweek Mixdown is going to eschew all of that. We’re gonna give you a few gems for your ear balls, before they are over-inundated with carols and the like, so settle in and press play.

There are those songs that simply knock you on your ass the first time you hear them, and they continue to wow you on each subsequent listen; this is one of those songs. It’s such a beautifully sparse and haunting number, that it will have you duct-taping that repeat button down on your mobile devices of yesteryear. This is an absolute must-listen.

“A Way to Escape” – Marc Durkee

Durkee is known to many as the guitarist for Yarmouth-based Rain Over St. Ambrose, but in 2019 Marc Durkee is dropping his solo debut, and recently released the lead single. Marc’s atmospheric vocals and brooding, intricate backdrop ar a fantastic way to pique the interest of many.  If the rest of the album lives up to this single, it’s going to be a big year for Marc Durkee as he steps into the spotlight.

This summery, laid-back gem definitely evokes the California feel, as it implores you to roll the windows down, as the harsh, bitter reality of winter slaps you in the face. Fortunately, as that window is sealed up again, you will still have this warm, welcoming tune floating from the speakers to heat things up. It’s a great slice of effortless and engaging folky pop-rock.

This song has been bubbling just below the surface for the past couple of months, and recently has begun to bubble over and catch fire. Much like The Beaches have been burning up the Canadian airwaves for the entirety of 2018, UK singer Jade Bird has been doing the same thing across the pond. “Uh-Huh” is a fierce tune that is a folk-infused, sweetly snarling rock jam. She is an act to watch, as we’ll be talking about her in the new year.

A lot has been written about the death of rock n’ roll, but apparently no one passed that memo along to Hamilton’s The Dirty Nil. The lead track from the band’s recent release Master Volume is a track that crackles with unabashed electric energy and enthusiasm. The band knows how to melt your face off, and keep the proceedings upbeat and fun, and this video is a great indication of the band’s personality.  Something special is going on in Hamilton to have The Arkells, Monster Truck and The Dirty Nil all exploding with new music at the same time.  If you haven’t had your morning coffee, consider this your aural caffeine.