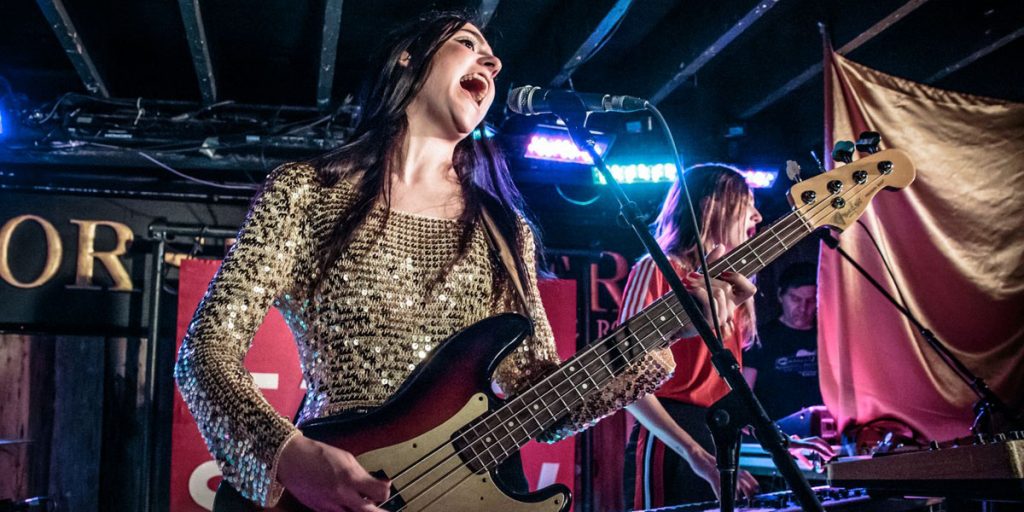 Sure, we’ve made it to the middle of the week, but really we’re only halfway there. Let’s inject a bit of fury, chaos and energy into the Mixdown and blast through the rest of the week. What we’ll also do, is toss up a Spotify playlist for those of you so inclined to find our list over there as well. Let’s get into it, shall we, with a lad who bears all the hallmarks of the early Arctic Monkeys with a bigger sneer, YUNGBLUD.

YUNGBLUD – “I Love You, Will You Marry Me”

The verve that this Brit kid has, is undeniable. He’s not one to toe the corporate line, instead he has the sneer of a Johnny Rotten with the voice that sounds distinctly like a young Alex Turner of the Arctic Monkeys. Even listening to his entire EP, you can hear that sizzle and electricity that he is bringing back to rock n’ roll.

AJR – “Burn the House Down”

After riding their recent River Cuomos collab into the public consciousness, the indie pop trio is back with their latest infectious tune “Burn the House Down”.  The track has a catchy trumpet backbone and just burns with a driving intensity that serves as well to get you pumped up as any double espresso.

Gang of Youths – “The Heart is a Muscle”

When you press play on some tunes, they are destined to be little more than aural wallpaper, while others hit you as immediately as a lightning bolt. The latter is exactly the case here, as the moment I heard this up-and-coming Aussie post-hardcore act, I was sold hook, line, and sinker. They have that piss and vinegar of a new rock act, while managing to fuse the sounds of Frank Turner, Gaslight Anthem, Bruce Springsteen, and Northcote into a new and instantly familiar sound. Hit play and prepare to fall in love.

In a former life, MONOWHALES existed as Ginger Ale & The Monowhales, a more synth pop outfit than what their current incarnation sounds like. The current MONOWHALES sound is a more plodding, straight-ahead soulful rock n’ roll sound. While there is a pop undercurrent running through their tunes, this a harder-hitting band now, and Real Love is a great indicator of that. There is definitely a rock revival happening in the T-Dot.

These four musicians are making a name for themselves, just listen to their previous singles “Give It Up” and “Money”.  They definitely added cachet to the band’s reputation, but those cuts never caught the ear of a certain formerly-flamboyant rock n’ roll icon. This weekend on Elton John’s @beats1 radio show, he’ll be kicking the program off with the latest single from this fearsome Toronto-based rock n’ roll unit. If you haven’t checked out The Beaches before, you should really get on that, as you will be able to say you remember seeing them before they blew up into international superstars. Because once the rest of world discovers the secret of The Beaches, they will refuse to relinquish the band, much like that beloved T-Shirt.

Arctic Monkeys – “I Bet You Look Good on the Dancefloor”

On a recent BBC performance, the Arctic Monkeys flung the clock back and broke out the tune that put the band on the map for audiences around the world. That same swagger and immediacy is still as potent as it was when it was originally recorded. While their latest record is being looked upon as an abrupt departure, this just goes to show you that the guys are still having a blast when they break open the vault.