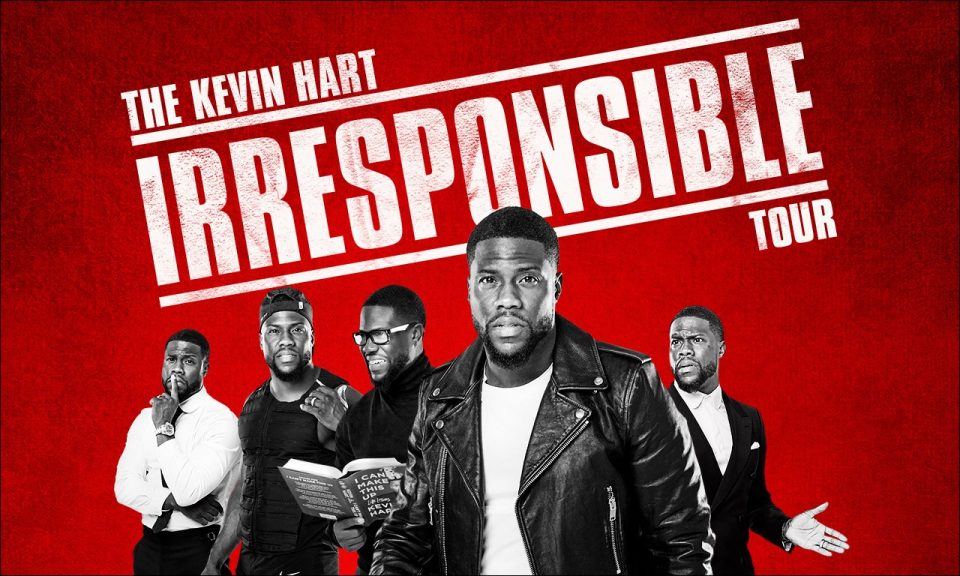 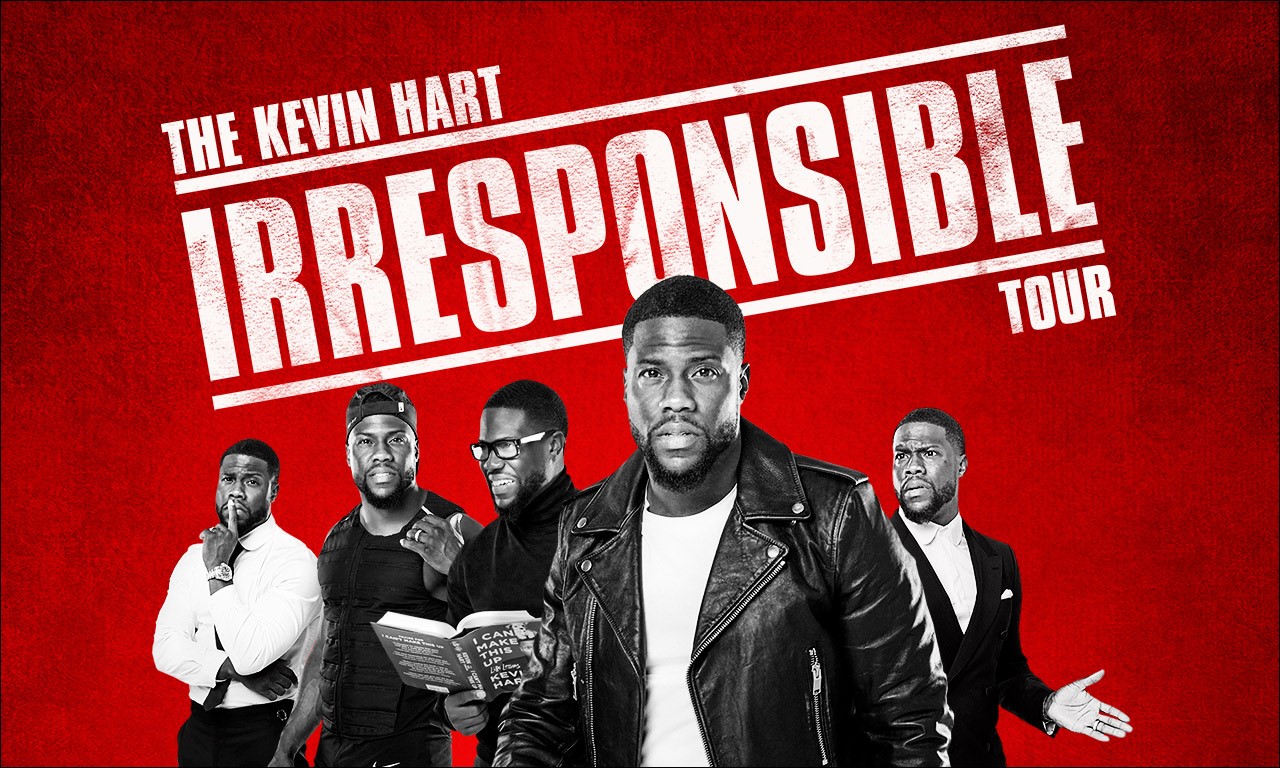 (Halifax, NS) – evenko and Live Nation present The Kevin Hart Irresponsible Tour at the Scotiabank Centre in Halifax on Friday, May 4 at 7 p.m.

Hart’s last multi-city domestic and international WHAT NOW comedy tour sold out large venues all over the world, including being the first comedian to sell out an NFL stadium, selling over 50,000 tickets in one show at Lincoln Financial Field. Internationally, he sold out over a dozen arenas in the European market, selling over 150,000 tickets, and sold out arenas across Australia, selling 100,000 tickets. Hart’s hit comedy tour grossed over $100 million worldwide.

2017 was a banner year for Hart, his memoir I Can’t Make This Up: Life Lessons debuted at Number One on the New York Times Bestseller list and remained on the list for ten consecutive weeks.  The book also topped records on the Audible platform, selling over 100,000 copies in the first five weeks. Earlier in the year Hart voiced a title character in Captain Underpants: The First Epic Movie.  To close 2017, Kevin appeared in the Sony reboot of the classic film Jumanji alongside Dwayne Johnson and Jack Black.  Jumanji has been Kevin’s highest grossing box office release to date, the movie has made over $800 million worldwide.

Hart’s newest business venture is his digital platform the LOL NETWORK – Laugh Out Loud, the comedy brand and multi-platform network founded by Hart in partnership global content leader Lionsgate. Hart’s next feature film is Night School for Universal, a film in which he co-wrote, produces and stars in – all under the Hartbeat production banner.  The comedy follows a group of misfits who are forced to attend adult classes in the longshot chance they’ll pass the GED exam.

Tickets for the Halifax show go on sale tomorrow, Wednesday, April 4 at noon. Tickets range in price from $64.50 – $225.00 (plus tax and applicable service charge) and will be available at the Ticket Atlantic Box Office at the Scotiabank Centre, at participating Atlantic Superstore outlets, by calling (902) 451-1221 / 1-877-451-1221 and online at ticketatlantic.com, evenko.ca and livenation.com.