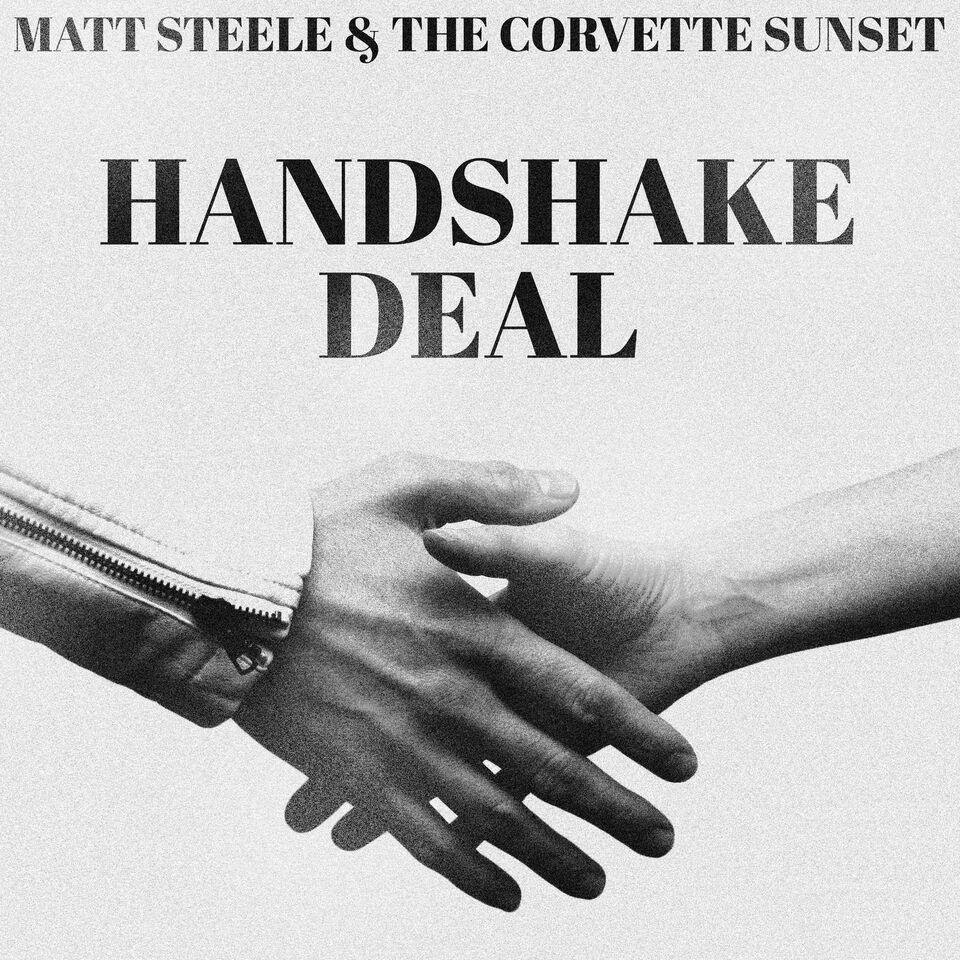 “When I wrote the original version of the song, in 2012, it had started out as a Matt Mays-esque strummer of a song.  It was more mellow, but after discovering Elvis Costello I decided to make it more defiant and bombastic.” said Steele.  “I give a lot of credit to the band for nailing the Costello & the Attractions vibe, while still keeping our own sound.” he finished.

With a heavy heart in hand, “Handshake Deal” is a song about a love that faded due to deception and addiction, told by a narrator trying to reclaim their self-confidence.

“This tune was part of a series of songs (some which are on the upcoming album, Half Girl Half Ghost) which explore how mental health, addiction and romance come together to make everything fall apart.” explained Steele.  “At some point you have to take care of yourself first and maybe that means being a little over the top in the process of finding your way back to normal.”  he closed.

The band will be heading to The Commune in New Glasgow  on April 6th, with local rockers Kilmore, Heavy Early and Hatchet Lake in support of the singles release.  You can also catch Matt playing a solo set at The Vessel in Charlottetown on April 14th. with Lawrence Maxwell and Jenni & The Hummingbird.

Half Girl Half Ghost is set to be released on June 7th, 2018 and will be available for purchase over on the groups website.  You can hear the single below.