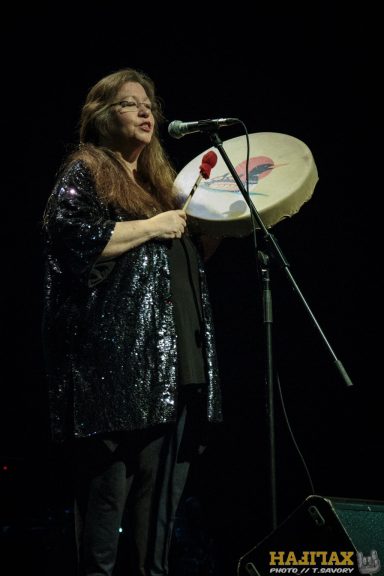 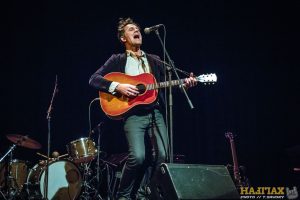 Last year, Halifax was treated to one of the very few stops that Gord Downie made to showcase Secret Path. While there was a musical component to the night, it was the message of the event that was of the utmost importance. It was bringing to light the story of Chanie Wenjack (and the countless other Chanie Wenjacks), who tried to find his way home after being installed at a residential school in the 1960s. Gord explained to the crowd that, while we may be on the cusp of the 150th Anniversary of Canada, we shouldn’t celebrate the past. Instead we have to look ahead and consider 2017 as the first year that the healing of the indigenous population can begin, and we start opening those channels of communication to avoid making the mistakes of our past. It was a rather somber evening on that chilly November night, but fast forward to a wet and windy December night in 2017, and that spirit of reconciliation and love lives on in the New Constellations tour. 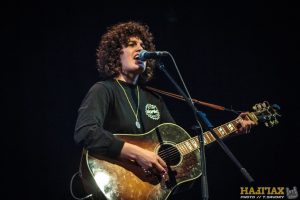 New Constellations is an important tour comprised of Indigenous and non-Indigenous artists, musicians and poets, which is bringing awareness of the Indigenous culture to the masses through both education and entertainment. This tour is presented by RPM (Revolutions Per Minute) which is a label that celebrates the culture of Indigenous music, and on the bill in Halifax were a handful of their artists: Jeremy Dutcher, Leanne Betasamosake Simpson and Ansley Simpson. The evening also featured some local and Canadian favourites, and some prestigious award-winning artists including Jenn Grant, Jason Collett and Lido Pimienta. It also marked the kick-off for the second leg of the tour. The Spatz Theatre was an ideal choice of venue, especially where it sits on Mi’kmaq land. 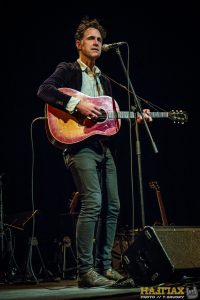 The evening was interspersed with great performances from the likes of Broken Social Scene’s Jason Collett (who was also playing the part of emcee and co-organizer during the show); and the delightful Jenn Grant, who was joined onstage by her husband for her first song, but after he departed the stage, Grant unleashed her sweetly smoky vocals on her track “Galaxies”.  The biggest musical revelation of the evening came in the form of last minute addition (subbing in for Joel Plaskett) Ansley Simpson. Her folk tunes were delicate and warm, and her guitar work was hypnotic; she was well suited to a room like the Spatz Theatre. Closing out the night was a much more reserved and subdued Lido Pimienta, who did not shy away from the controversy surrounding her HPX headlining set back in October, but instead made light of it. While Lido’s music doesn’t do much for me, her warm outgoing personality and spirit endeared her to me and many in that room on Wednesday evening. At times she reminded me of a great emcee, or television host. What surprised me however, was how engaging the poets on the bill were.

Parliamentary Poet Laureate George Elliott Clarke was the last of the literary performers, but from his opening choice of Chancy’s Menu, you knew he was not your typical starched-collar poet/performer.  Instead, he blurred the lines between hip-hop and formal poetry, in large part due to his cadence and word play.  He even joked off the top that he had forgotten his books, and would have to get right into it. It started like the reading of a poem, but the pace quickened and grew into an immediate driving verbal beat. George was energetic and jovial, his delivery fiery and immensely entertaining, teetering on that border between poet and emcee. His clear driving voice and the way in which he communicated his message shows that many of the modern emcees who are stuck in a mumbling trance buried beneath a mountain of auto-tune could clearly take notes from Clarke’s delivery. It’s clearly evident why he is the Parliamentary Poet Laureate. 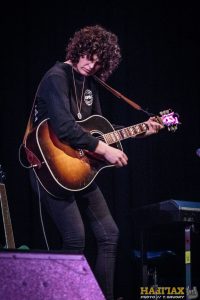 The first poet of the evening (my apologies, I failed to catch her name) read a written piece, but then she asked if we minded that she told us a story. That tale was incredibly poignant, as it spoke of a coyote who felt that he was doing a great service to these young fledgling turtles by taking them and enrolling them in “Coyote School”.  During that time in which they were enrolled, the young turtles lost their spirit (or zest for life) and each night their families back at the pond would sing a spirit song, knowing that it would find its way to lift the spirits of those young turtles, but after many weeks of this their animal community eventually joined the choir, and sent those loving vibes to those turtles. Eventually, after some reluctance on the coyote’s part, the turtles were allowed to go free and return home to live their turtle lives. It was a mesmerizing and heartbreaking tale that harkens directly back to the Residential School System in Canada, which sadly didn’t end with such a hopeful and happy resolution.

It’s that dark blemish which mars the relationship between the indigenous people of Canada and those non-indigenous settlers who claimed this country for themselves. While reparations are just now being made and apologies issued, the damage is done, and while not completely irreparable, many lives were lost because of it (ie: Chanie Wenjak). Those stories are now just starting to be told, as the rug has been thrown back and the dirt lays bare and exposed. It was that poem which drew my memory back to last November, and the fact that this New Constellations tour bears a similar vibe to the Secret Path event. This too is less a concert, and more of a celebration. Shows such as this carry on the spirit of those Secret Path events, where Gord Downie said that rather than celebrate the past 150 years, we can consider this a starting point to continue the conversation, and through that dialogue, healing can begin. 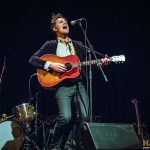 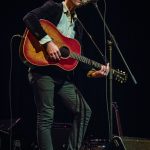 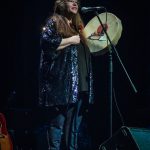 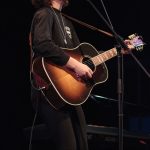 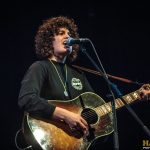 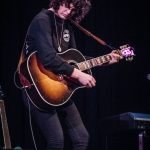 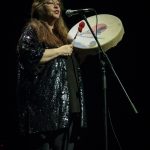 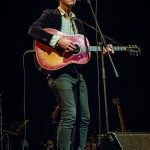 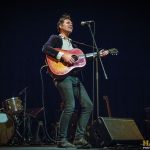 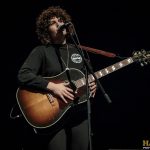 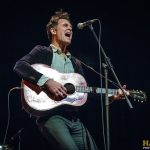 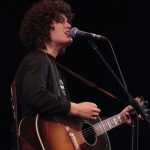