A good thing about making a “year-end list” is that you’ve got your own personalized list of favourite albums that you’ve listened to in the span of a year, that you get to show off. It’s almost like bragging rights. And you get to promote the bands that you like.

So, why go through all this trouble of creating a revised list? Well, it’s simple. My answer is that I have a little bit of regret. After seeing some of the amazing year-end lists that the HAFILAX crew put out last year, including the release of Adam Baldwin‘s “No Telling When“, which was regrettably overlooked on my last year’s list, I was thinking I’d wait this year. But who am I kidding. So, without further ado, here’s the list. 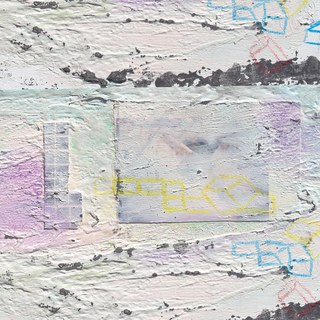 Out of all the releases I’ve listened to this year, this one was the most overlooked album on my list. I kept telling myself, this is not the Broken Social Scene I loved from before. Their 2010 release, “Forgiveness Rock Record”, I might add, was one of the best albums I’ve heard all decade. Coming back to the band, I forgot why I loved them to begin with. But everything Broken Social Scene is there, on their latest release “Hug Of Thunder”. I just wanna say, to start with, that newcomer Ariel Engle absolutely shines, and takes the show on this album, from the upbeat “Stay Happy”, to the emotionally driven, “Gonna Get Better”, even the title track is beautiful. Check out her live performances on “Live on KCRW”, which appear on YouTube. Kevin Drew is also great, with his wonderful ballad track, “Skyline”, which seems like a leak from his previous album, “Darlings”. Could very well be. And also the deep, gloomy and haunting track of “Victim Lover”. The rest of the band is also putting on a stellar recording. So very good. This release is probably my favourite of the year. 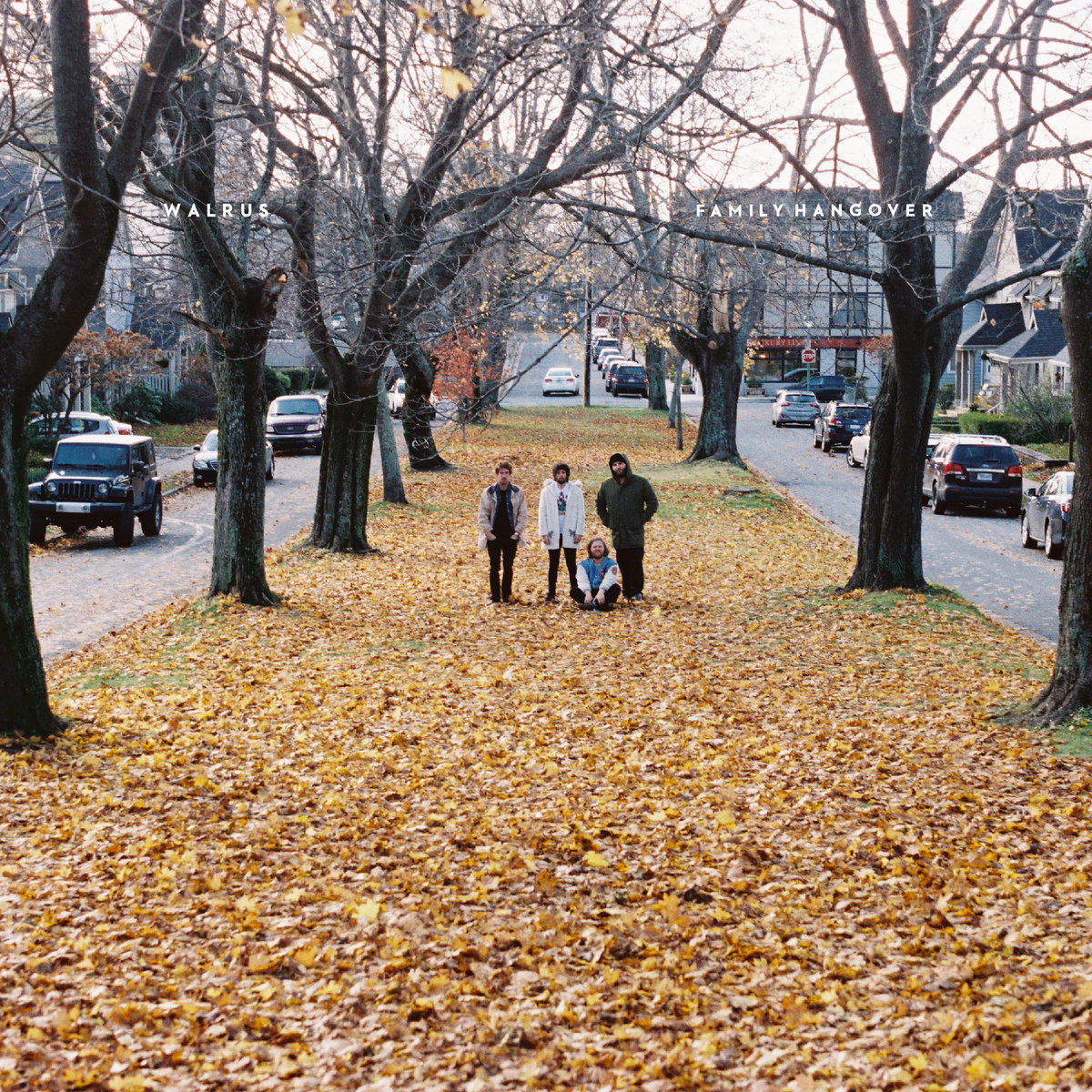 This is one of the most interesting spins I’ve heard all year. “Family Hangover” is the debut album from Halifax’s Walrus. It’s really hard to pinpoint, but they’ve infused a number of genres into their music, including psychedelic ’60s rock, modern blues, and folk. Sometimes their music is very smooth and dreamy, and other times it’s raw and crunchy. It’s also a fun album to listen to, surprising, and at the same time, I really can’t fairly compare this to anything I’ve listened to before. This isn’t pop music, and you won’t find singles on this album either. “In Timely Fashion” is one of the catchiest songs, that you can daydream in your head all day. “Step Outside” is a twangy track with sweet harmonies. “Free Again” is a song that lets it all loose, that is very entwined with spiritually and nature, and that you can totally get lost in. After the last track of the album, it will leave you wanting to hear more.

Partner, “In Search Of Lost Time” 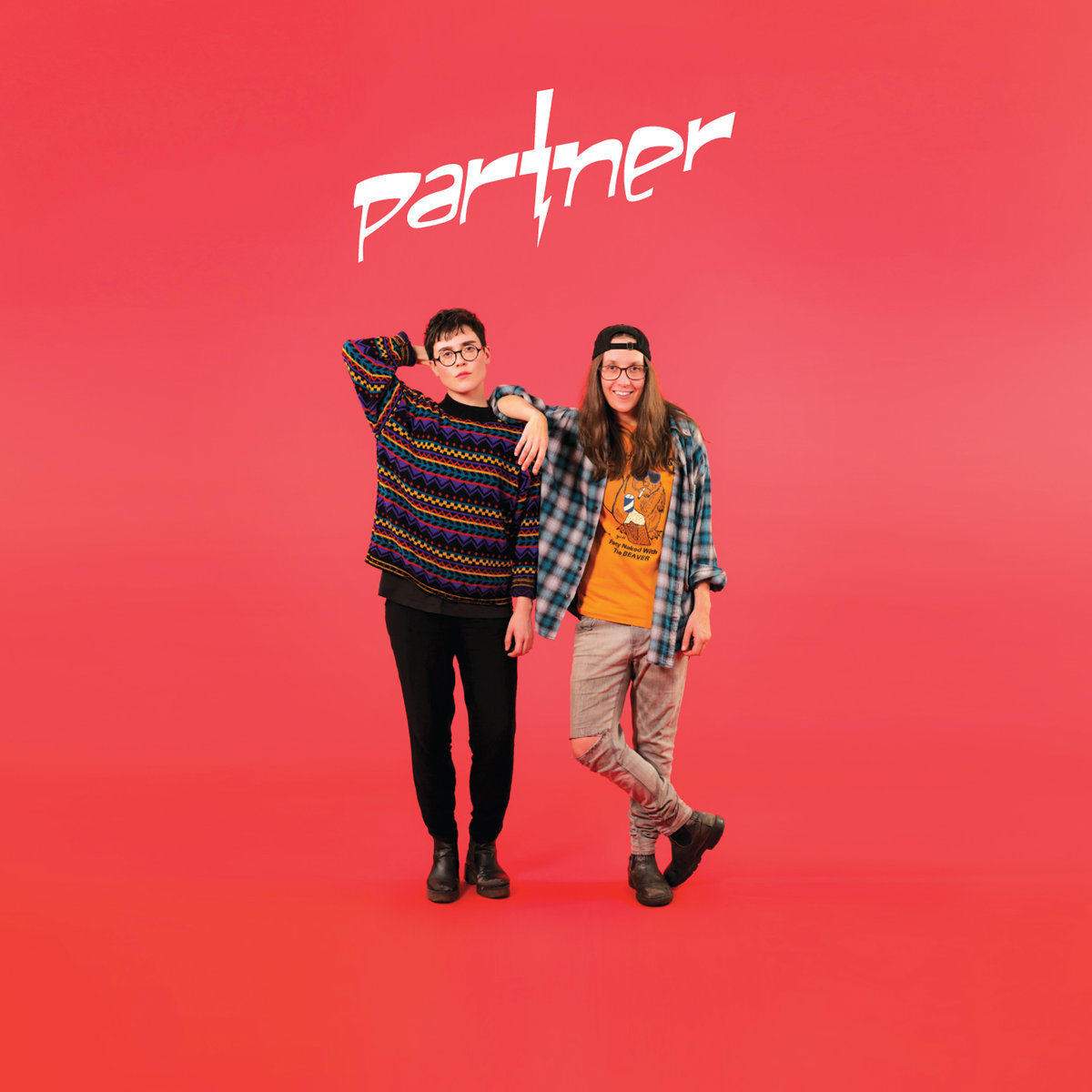 If Tegan and Sara weren’t enough, this world needed another lesbian rock duo. I had the pleasure to see New Brunswick’s Partner back in 2016, when they played the under-rated and over-looked Gridlock Festival, and boy, they were so much fun. I’m happy to see that the fun from their live show has translated onto their debut album, “In Search Of Lost Time”. The songs that you’ll hear are about sexuality, drugs, and generally exploring the life of being a young adult. It’s the perfect album to spin in college dorms, but not limited to, of course. I gotta say, some of the in-between cuts, and I’m talking about the prank calls, are quite hilarious, and are great filler for their angsty alternative-punk sound, with an added touch of fuzz. I won’t spoil it. Their upbeat tracks on the album are some of my favourites, including “Daytime TV,” which is about skipping school, and learning that education is more satisfying when staying home, and watching the tube. In conclusion, pick this album up if you are looking for a good time, and the world does in fact need a good band… and that band is Partner. 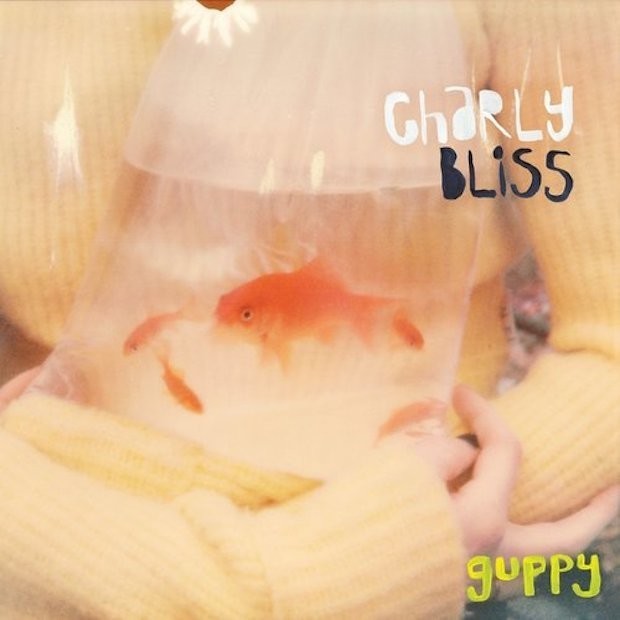 The debut album from New York’s Charly Bliss takes me back to when alternative-rock was hard, heavy and in your face, and had its place in the mainstream. Some of those albums that I remembered from that era included Weezer’s “Green Album”, and Lit’s “A Place In The Sun”. You’ll find that the same happy-go lucky, buzz overtone style can be heard on “Guppy”. And what’s unique is the distinct vocals from lead singer Eva Hendricks. Her voice is playful right from the get-go with the track, “Percolator”. The album continues with its loud energetic rock throughout the record. One of my favourite tracks is “Black Hole”, which has this absolutely explosive chorus, and could easily be this year’s rock anthem. And I love the song “Westermarck”, which has the lead singer yelling at the top of her lungs. Go check this album out.

Land Of Talk, “Life After Youth” 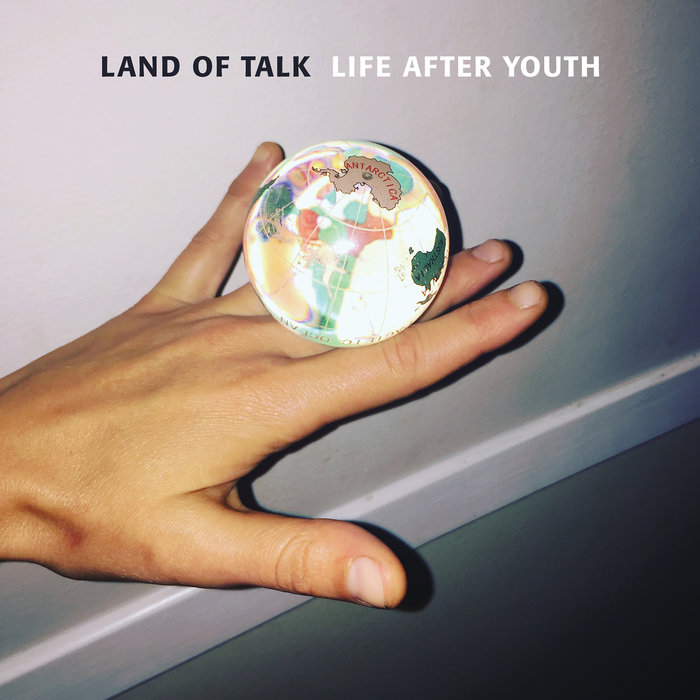 Back in 2010, Land Of Talk released “Cloak & Cipher”, an amazing indie rock album that showed so much more potential for this band. But after disappearing for almost half a decade, I kinda lost all hope that they would ever make a comeback. Fast forward to 2015, and word surfaced on the interwebs that lead singer Elizabeth Powell was in fact making a return, and this year showed the release of “Life After Youth”. The latest offering doesn’t quite fit nicely into the discography of past albums. The hard grittiness of crashing guitars in the past have really been stripped away, and all that was energetic and upbeat has toned down a bit. It feels like life has been taken away in a song like the lead single, “Inner Lover”, which is very melodic, and haunting at the same time. And the track “Loving” which is so beautiful, highlights Elizabeth Powell’s endearing voice, and ends with an amazing, subtle guitar solo. And also the track, “This Time”, which reminds me a lot of Talk Talk’s version of “It’s My Life”, funny… it’s probably the most accessible song on the track list. Grab this album, when you are down, or even feeling a little melodic. 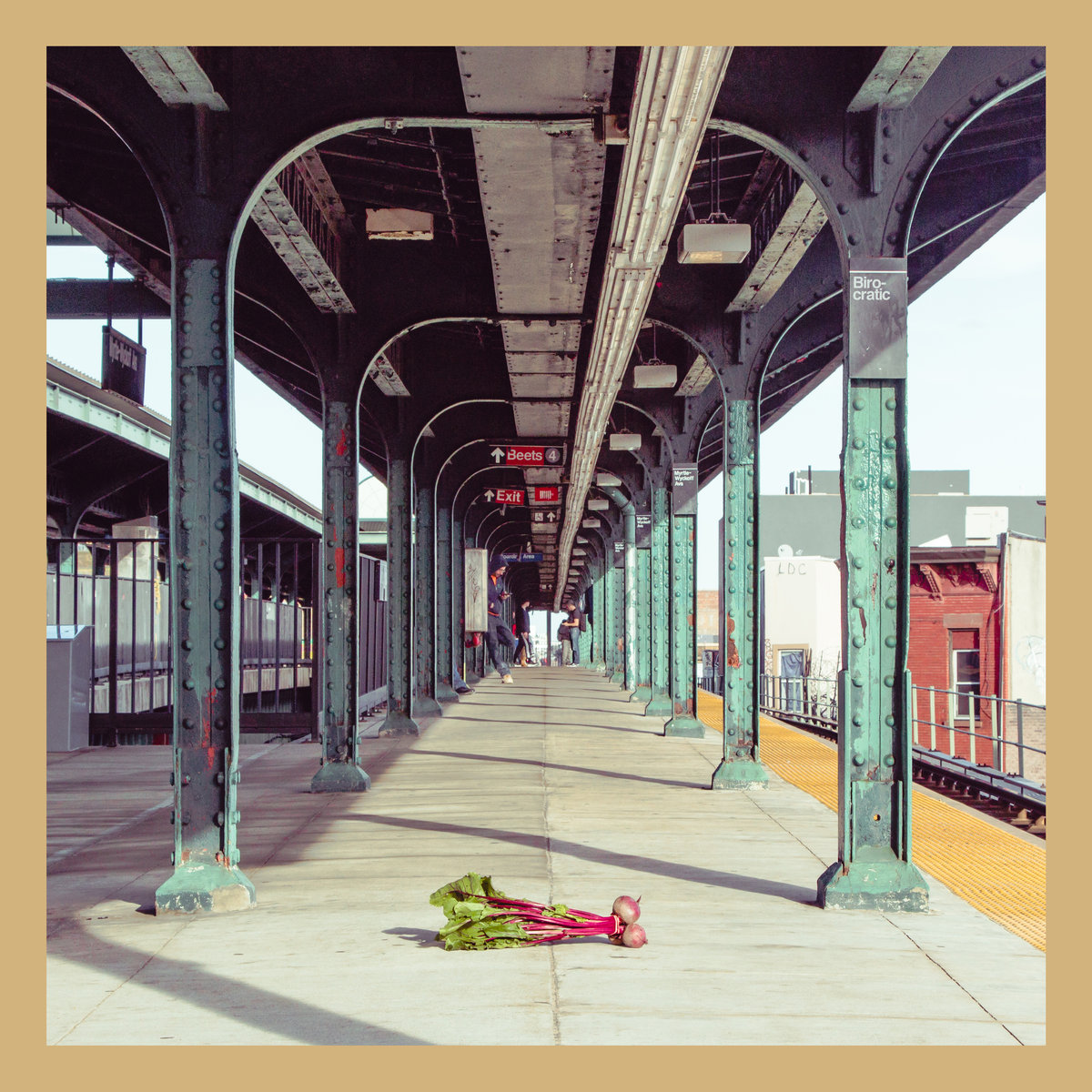 One thing I can’t understand in the music business is why critics don’t review electronic albums very often. This is especially the case when there is a lack of lyrics, or when the album is full of ambience. This summer, I totally drowned in the craze of the chillhop genre, and one of the albums I fell in love with was “Beets 4”, by New York artist Birocratic. This is the kinda album where you wake up and smell the flowers, everything you hear is so colorful and vivid. Right off the bat, the opening track, “Bob Ross Goes To Hollywood”, gets you pumped up, and it’s like you’re going out on the town in style. “Tony’s Belated Breakfast” is probably the perfect song to cruise to the city skylines at night. And “Lovely Rita” kinda reminds me of the calmness of the Sunday market early in the morning, it’s definitely a favourite. There’s a lot of atmosphere to be heard on this release. For someone who enjoys photography, painting, or anything creative for that matter, who needs something in the background to listen to, this is my jam. 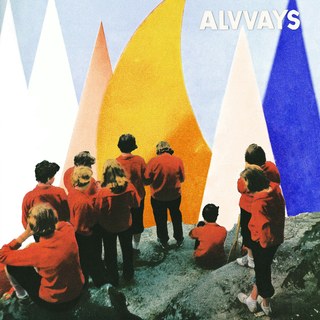 A few years back, I remember seeing Alvvays touring the local Halifax scene, opening for bands like Wintersleep, and playing for crowds of 10 people. And then out of left field, they released their fresh and exciting self-titled debut, that showed a band with lots of charm and energy. All of a sudden, they were touring bigger venues, and music festivals outside the country. It was the classic underdog story. After a long stint of touring, they released “Antisocialites”, which keeps the ball rolling. The difference from the previous album, is that there is less reverb and fuzz, with a more glossy finish. Some of the tracks really stand out, like “Plimsoil Punks”, which is an attack of melody and sweetness. And of course the track “Dreams Tonite”, which is quite dreamy, as the vocals just melt in your mind. I’d also like to add that “Saved By A Waif” would make a great intro for a ’90s Canadian sitcom. I’ll let you decide. 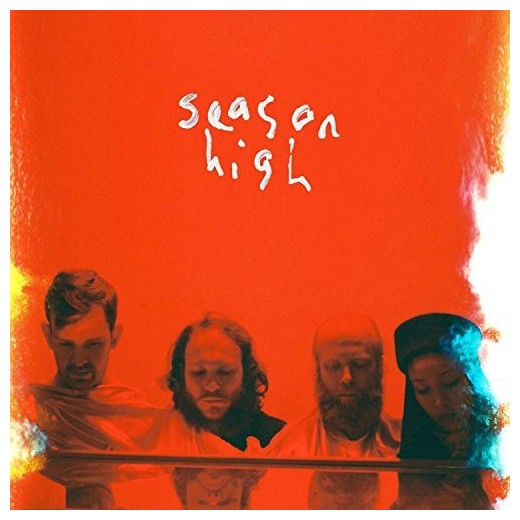 One thing I’ll give credit to an artist or band for, is when they put an effort into trying something new, even though it doesn’t work out. Just look at Arcade Fire’s new album: it’s fun and glamorous, and even though it doesn’t work for me, I really think it’s worth mentioning. The same thing goes with Little Dragon‘s “Season High”. With songs like “Don’t Cry”, I don’t know what’s going on with lead singer Yukimi Nagano’s high-pitched voice. Maybe she took some singing lessons from Claire Elise Boucher of Grimes, it’s just not jibing. But some of the tracks from the latest release are some of the best I’ve heard from the band. “High” is kinda moody, but is just pure bliss. “Sweet” is a rush of candy-coated goodness, and “Strobe Light” is a magical tune, worth listening to in the after-hours of midnight. It’s a really hit and miss album, but is worth mentioning.