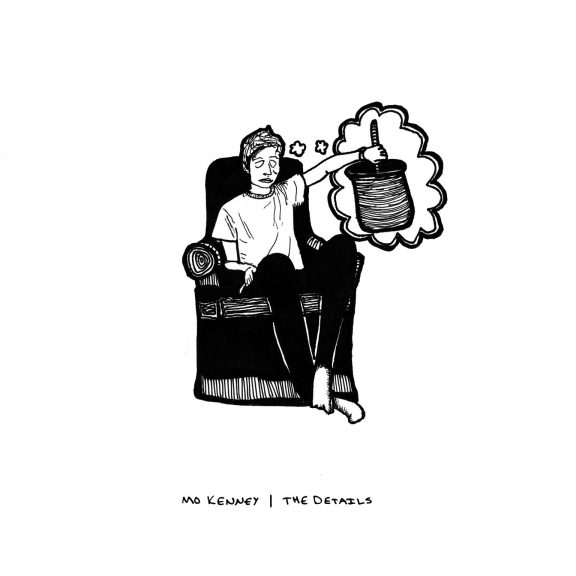 The devil is in “The Details” with Mo Kenney’s new album. Kenney’s third album is laden with dark and personal subject matter that’s veiled under crunchy, fast-paced, pop-punk overtones. Mo has stated that she feels that this album is the most “Her” out of any of her previous works. She uses black humour on some tracks to bear her real feelings of her struggles with depression and alcoholism, while in other songs she lays her feelings out like a new pair of jeans on the first day of school.

The opening track “Cat’s Not a Cake” grabs listeners immediately with humour, as she talks about who’s going to get the cat after a breakup. Going against the Judgement of Soloman, she states that the cat’s not a cake, so you can’t just split it in half. The quick 25 second opener should, if nothing else, have a feeling similar to “I want to see where this is going”.  She follows up with a fast-paced 4 on the floor jam, “On the Roof”, that feels like a lost PJ Harvey jam, screeching solo, breakdown and all. As things slow down for just a second, “June 3rd“ tells a vivid story of the feelings of being in a soured relationship. Relying on the bottle, packing your shit, and telling someone they’d be better off with someone else is never an easy thing to do, but most of us have felt the same way Kenney describes in 2:07.

Genres are mixed and matched throughout the album, although they all feel like Mo Kenney. “Maybe I Am” kicks off as an experimental Beatles song, but turns into a distortion-addled rock song. Relying heavily on vocals, my personal favourite, “If You’re Not Dead”, has a sound similar to Tegan and Sara, but if they grew up on the wrong side of the town. Her single “Unglued” brings her inner flower child out solely in the musical sense, as again the dark cloud of lyrics overshadow the sunshine and rainbows of the composition.

The album as a whole flows similar to a late-era Beatles album. With short songs, that could be seen as musical skits almost, ranging from 20-45 seconds interspersed between other songs, the entire album feels whole. One could see it as a concept album that deals with very personal issues throughout, only to come out on top…ish? Although the story of Mo may not be wrapped up all neat and tidy, that leaves lots more to write about in the time to come.

Mo’s on the road with the album. Check out all things Mo–Instagram–Twitter–Facebook–YouTube.