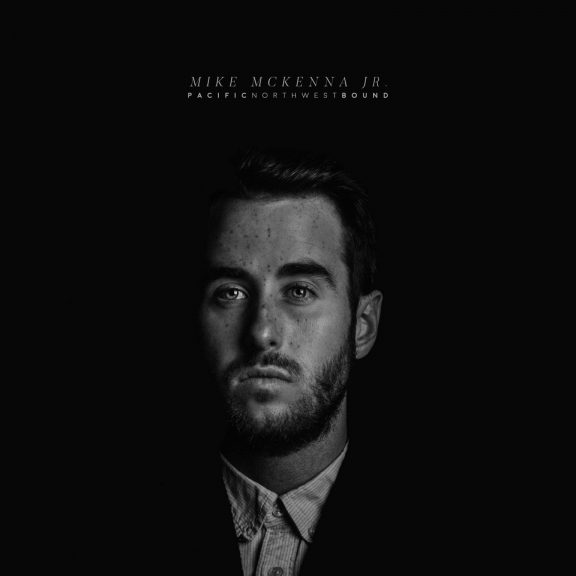 There are some people you meet throughout your lifetime that give off an air of being a time traveller, or having lived a past life in another time. Mike McKenna is one of those people. His most recent album “Pacific Northwest Bound” pays homage to early settlers, immigrants to North America, Navy ships from days past, and leads us into love songs from modern times. His intricate guitar picking matches perfectly with his powerful baritone voice throughout the entirety of the album.

McKenna utilizes his time growing up in Cape Breton to draw inspiration for his songwriting ability. With songs like “America,” “Ye Witches,” and title track “Pacific Nortwest Bound,” you can feel yourself being transported to times in which songs and shanties were welcomed as a way to get you through harsh times of travelling cross country, as pioneers and sailors alike. Tones of Stan Rogers and Ray Lamontagne reign heavy in not only vocal prowess, but also his songwriting chops. We’re woven into modern times with the sweet side of “Bright Sunny South,” a love song that hints at heartbreak, but more so tells a story of redemptive relationships.

After hearing song after song of folk shanties, who would have thought a perfectly executed R&B-esque number would fit the mode perfectly. McKenna picks his tempo up enough to have toes tapping on “Spring, 1823″ where he uses subtle drum beats and a shaker to initiate that upbeat feel and break up the heartfelt folkiness of the album.

Now, this may be blasphemy, but hear me out. I’m sort of over “Barrett’s Privateers”. It’s been heard too many times, sung by too many drunks, in too many keys, and too many late hours. Yes, it’s great…but who thinks it’s time for something different? Well, you’re in luck. McKenna has found a new story of a ship, and details its travels on “The Chesapeake and The Shannon Pt I & II.” This a capella number (with hints of tone setting guitar) shares the heartbreak about this ship along its journeys. And although it may not have a repeatable chorus, I’m sure if you put enough drunkards in a room together, one will be found.

This album is an amazing tribute to people who love lyrics and songwriters. For a sunny Sunday afternoon lazing on the deck, these acoustic ballads fit perfectly. Mike can be found on Instagram, Facebook, and his website. Check him out anywhere you can download music or at a local music shop near you!