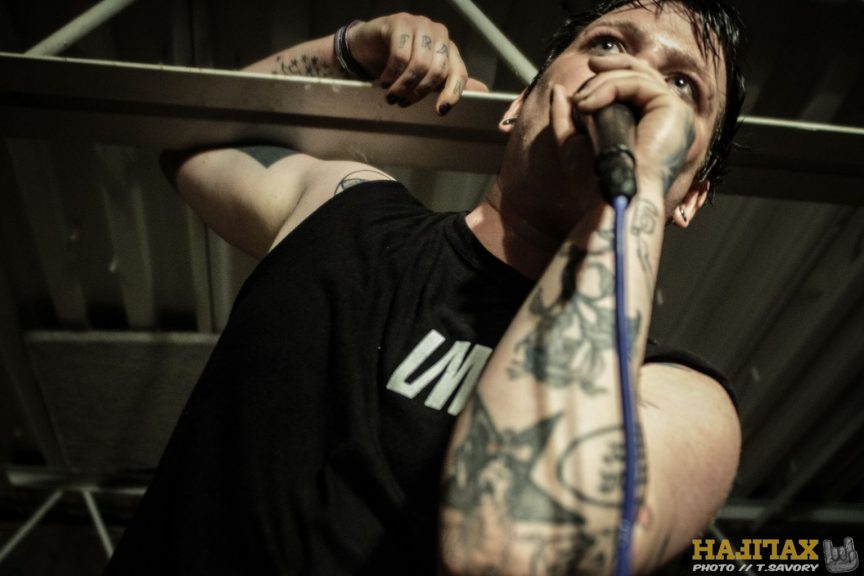 On the weekend, I hit the Pavillion to catch the EP Release/Farewell show for Rosewood Annie.  I didn’t know much about the other bands on the bill, but when Old Blood hit the stage, I was on board with their alt-rock sound.  In revisiting some of the band’s earlier work, I have confirmed what I heard on Saturday evening at the Pavillion, that Old Blood are one of my favourite local acts.  Have a listen to the band’s tune “Bones”.

Last week, Billy Comer and his fellow Canada Day concert organizers unveiled the line-up for Canada’s 150th in Halifax, and it was a massive reveal with Canadian EDM giant Deadmau5 bringing his Cube 2.1 set-up to Canada (and Halifax) for the first time. This track is off of the 2010 album 4 x 4 = 12, and will give you a little taste of what we’re in for come July 1st.

I can’t tell you why it took me so long to catch this local post-hardcore 4-piece out, but I’m certainly glad I was there for their EP release show on Saturday, as they have headed for Ontario for the foreseeable future.  The energy and talent these cats showed on stage in the Pavillion has now been unleashed on the world, and hopefully people will catch on to their melodic hard-rock sound.  Good luck with everything in the future!

I was sifting through Spotify recently and this track hit my speakers, and my ears perked up as I thought it was a new Matt Mays tune. Lo and behold it wasn’t new Mays, but the former member of Drive By Truckers, Isbell. This track reminds me a lot of Matt Mays, and if you dig this tune, you should do a deep dive into his back catalogue, as there’s a lot of material like this (and a lot that is closer to a more mellow Chris Stapleton). I’ve been digging Isbell’s work as of late, and I’d highly recommend his stuff.

The other monumental announcement that was dropped last month was courtesy of the fine folks over at the TD Halifax Jazzfest, as this year’s headliner is none other than Anderson .Paak and the Free Nationals. There are a few tracks out there that are well known, but I tripped over this cover EP that .Paak dropped 2 years ago. This is a show not to be missed, as it will be talked about for quite some time. Their sound is genre defying and will make for an amazing night of music in Halifax.  If you haven’t snagged your tickets already, get on it before it sells out.