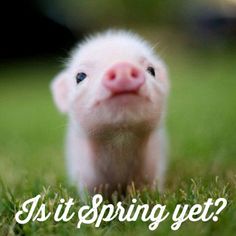 This week’s Midweek Mixdown is a blast of upbeat musical sunshine, as we are still looking for the warm weather, so hopefully these tunes will tide you over until the warmth arrives.

Let’s be honest for a moment here, I never thought that I would be including a Harry Styles track on a Midweek Mixdown, but here we are.  After his performance on SNL, I was hooked on this track.  It’s a departure from his former persona as a member of One Direction, and has all the markings of a Richard Ashcroft-type path. There are also shades of Bowie bubbling through his plaintive debut single.

Arkells – “Knocking at the Door”

While there may be an Arkells saturation point in our future, we have yet to reach it.  The prolific Canadian band has been enjoying a ever-increasing fan base with each subsequent release. Recently the band unveiled a new track ‘Knocking at the Door” to the delight of everyone, as new Arkells is always a good thing. This is a track that is a straight-up party tune, as it will challenge you to sit still and not jump up and dance along, or to resist one obligatory fist-pump. If you haven’t heard this tune yet, just wait, you will.

The Revivalists – “Wish I Knew You”

This is a tune that I discovered a while back, and since then it seems to be playing everywhere now.  It’s a shimmering slice of infectious pop-soul.  “Wish I Knew You” was released a year ago, and is now just starting to enjoy its time in the spotlight. Fans of the tune can look forward to seeing the band in Fredericton, NB later this year as part of the city’s Harvest Blues and Jazz Festival, but for now, have a listen to the band’s breakthrough single.

The first couple of times I heard the latest track from Sir Sly, I thought it was a new Gorillaz track.  There’s a definite electro undertone to this alt-pop track, but it’s a tune that is starting to pick up steam and isn’t in danger of slowing down any time soon. The band released the seriously catchy electro-pop tunes “Gold” and “Ghost” four years ago, and have stormed back with “High”.

Portugal, The Man – “Feel It Still”

This is just one of those tracks that you pop onto your headphones, and you’ll feel you’re walking around in a Guy Ritchie film. This is another electro-pop tune that has a serious retro feel, and will have you moving and grooving the whole way through.  You’re gonna want to roll the windows down, and let this one rip.

Back in March, Big Wreck rolled into town and brought the relatively unknown Ascot Royals as their support, and the Toronto-based band knocked their performance out of the Marquee Ballroom.  When it came time for the band to drop their lead single “New Skin” on the Haligoons in the room, everyone was on board. Enjoy this acoustic performance of that single, performed in the Collective Arts Black Box by way of Indie 88.

I’m not sure what sort of deal Bruno Mars has made with the Devil for his current Midas Touch, but this is another track that is nothing short of Aural Caffeine. It’s a track that is guaranteed to get you moving, and it’s another tune that you’ll want to roll those windows down for. Hopefully the sun will start to co-operate so we can all hit the road and blare “That’s What I Like”.