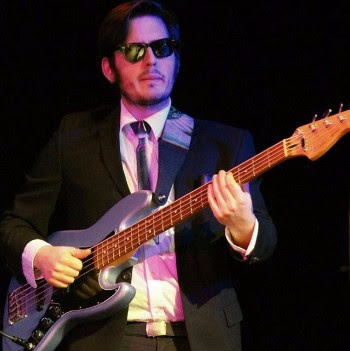 (Halifax, NS) – ‘In C’ is a modern minimalist piece of music consisting of 53 musical phrases played sequentially, each repeated an arbitrary number of times before moving to the next. The piece typically lasts between 45 and 90 minutes.

Following this musical tsunami will be a set by local modern jazz experiment Anteater. Anteater brings together five of Halifax’s most sought after musicians and thrusts them into a high-intensity exploration of risk and chance. The music of Anteater ranges from dense and chaotic to delicate and free, both seething and soothing. Original & explosive.

About Casey Thompson: Bassist Casey Thompson  holds a bachelor of music from StFX and a bachelor of education from MSVU. He has a habit of saying yes to every musical opportunity that is presented to him, which has resulted in him playing lots of different music over the years. Casey is currently active with Halifax bands Unidentified Funk Object and Anteater, and Shadow, among other,s as well as teaching bass at The Halifax Music Co-op. His interests include guinea pigs, obnoxious music, and mistakes.