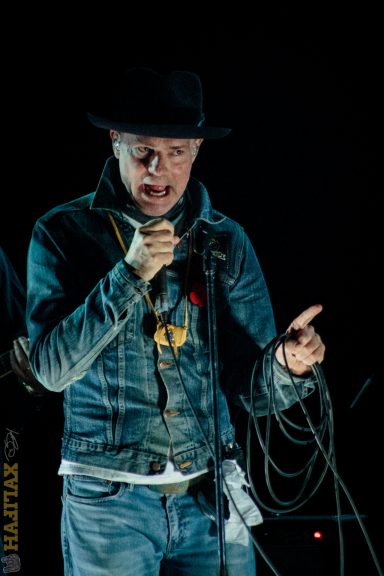 It’s not often that the public forum afforded to a performer is used in such a profound and lasting way, but that is exactly what Gord Downie is doing with his Secret Path project. After wrapping what could very well be the final performance by The Tragically Hip (as Downie is battling terminal brain cancer), many thought that would be the last we heard from Gord. Not long after that Kingston show, word began to spread about a new solo project from the Hip front-man, and that would soon be revealed to be Secret Path. 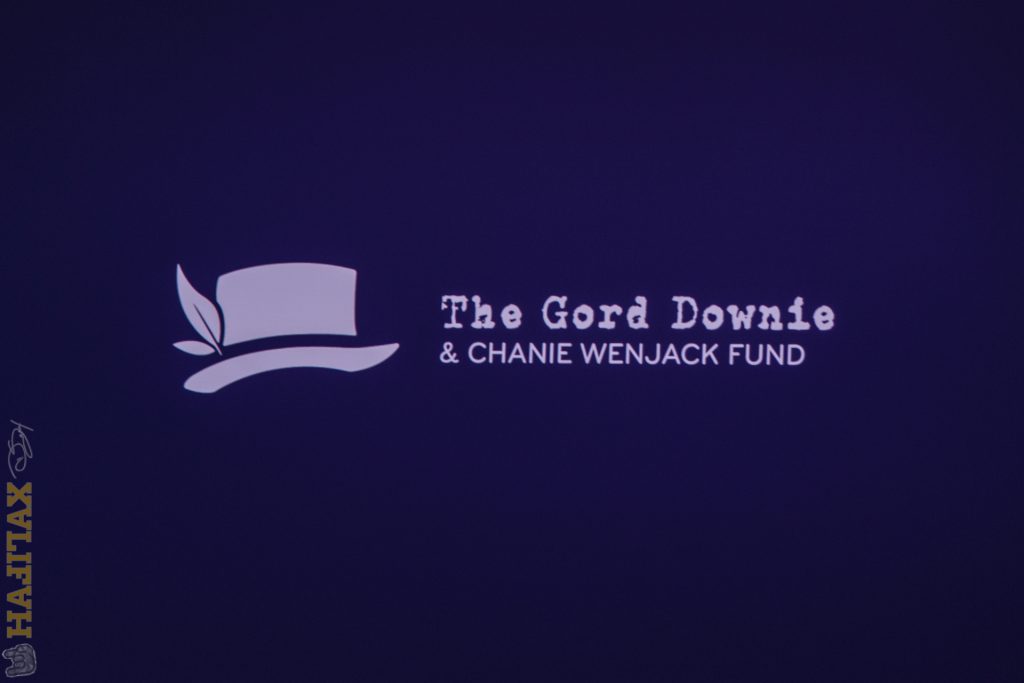 The story behind Secret Path is a tragic and heartbreaking tale of Chanie Wenjack, a 12 year-old First Nations boy who, upon escaping from the Cecilia Jeffrey Indian Residential School in Kenora, ON, embarked on a journey home. Sadly, Chanie didn’t realize that home was over 400 miles away, and he would only make it 40 miles before succumbing to starvation and the elements, wearing little more than a thin jacket, and in his pocket were 7 wooden matches housed in a glass jar. Chanie’s is but one of many tales stemming from the residential schools in Canada, and on the day that Wenjack set out on his Secret Path, 9 others embarked and were caught and returned.

The story of Chanie sadly isn’t isolated, but it’s also not one that is openly talked about, as it reveals a dark, deep and twisted scar on the Canada we know and love. It’s not something that is taught in schools, but it is something that needs to be revealed and discussed, if there is any hope of allowing healing to commence. As one of Canada’s most beloved performers, Downie is attempting to use his remaining time and cachet to bring this topic to the forefront of the nation’s consciousness with this multi-media project (the album, documentary, and graphic novel all tell the story).

It was a cold November 29th in Halifax, when Gord Downie staged a commemoration of Chanie Wenjack’s life, and while it’s Chanie’s story that sparked this project, his story is far less isolated than his passing was. This album, as sparse and sombre as it may be, is a rallying cry needed to unify and mobilize the Canadian Government and the First Nations people to actions, to learn from the past and how to work together to move forward. The show in Halifax featured speakers from the Mi’kmaq and Inuit Tapiriit Kanatami communities, in addition to an introduction from Mike Downie (Gord’s brother) about the Gord Downie and Chanie Wenjack fund; and to close the evening out, Gord welcomed Chanie’s sisters to the stage, who proceeded to deliver a healing prayer for those in attendance.

While the performance took something of a backseat to Chanie’s story, it was a special night in Halifax nonetheless. Seeing the two front-men from Blue Rodeo (Jim Cuddy, Greg Keelor) and hometown singer-songwriter Joel Plaskett file inside to take their seats ahead of the show, there was something special afoot. Personally, having been a longtime Hip (and Gord) fan, I have been fortunate enough to see the band perform a few times, but I was unsure of what state we would find the beloved singer. Once the lights went down, all doubts evaporated when Gord and his backing band took the stage; that magical switch was flipped and we were off and running. 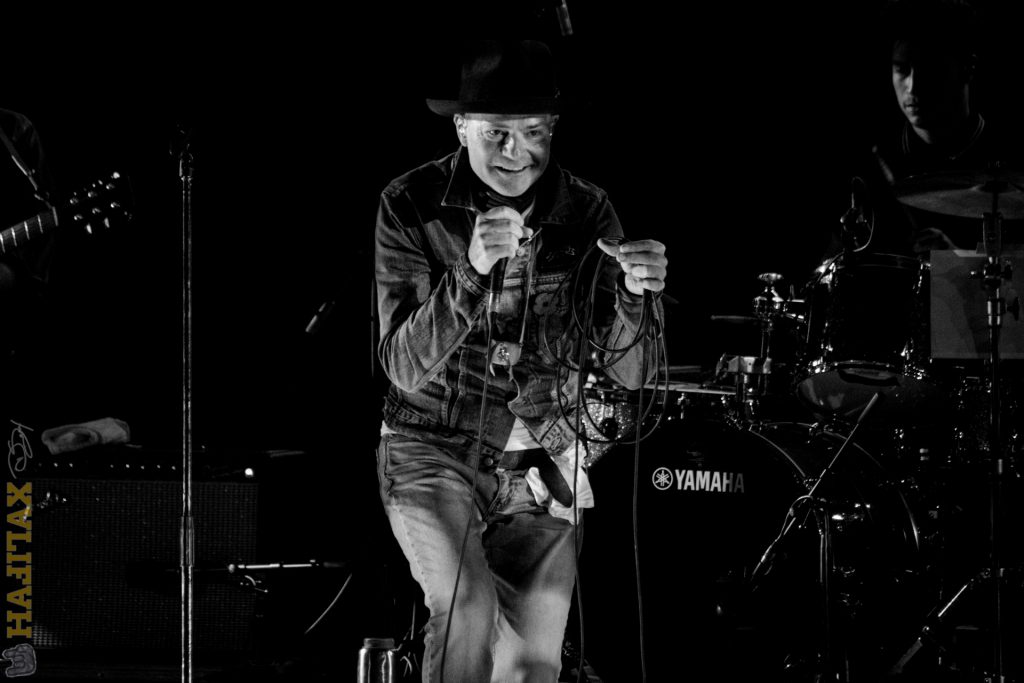 Much like the Hip’s last Halifax show in early 2015, Gord ambled across the stage, mugging for the crowd, hitting those angular poses that have long been part of his repertoire. While the album itself is quite sparse and sombre, this performance was anything but. Downie let his spirit take the wheel, and it was a vintage performance, which harkened back to the days long before the Glioblastoma made itself known. This wasn’t a joyful performance per se, but one of a man being exactly where he was supposed to be, revelling in the spotlight and being able to convey this poignant and powerful message on behalf of the Wenjack family, and for all of those who had to endure the agony housed within the Residential schools. As the band played, the screen at the back of the stage showed the animated depiction of the graphic novel, and while this may be the last opportunity many of us would have to see Gord Downie perform live, you would find yourself lost within the imagery on screen.

If this was the last time Gord performed in Halifax, it was one hell of way to cap off a long storied relationship between the artist and this city. While his work with his bandmates in the Tragically Hip has left an undeniable and indelible mark on the very fabric of this country, it somehow all pales in comparison to what he has chosen to undertake since that final show in Kingston. 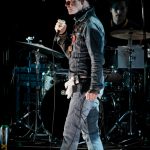 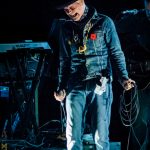 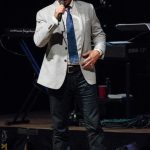 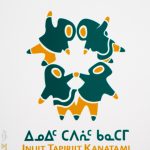 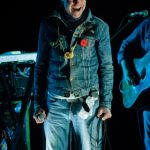 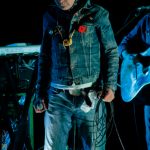 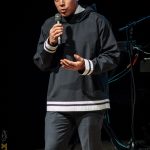 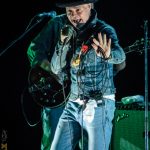 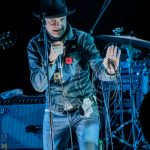 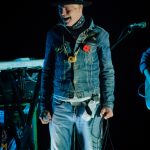 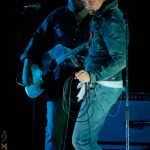 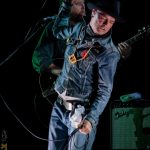 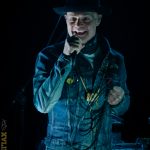 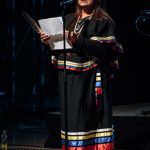 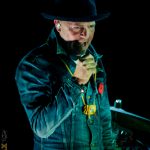 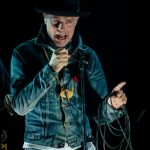